Triumph Motorcycles announced that it will launch Bonneville T100 Black and T120 Black models in India this week on 12 June. This information was shared by the British motorcycle maker via its twitter handle.

The company took to Twitter to tease the arrival of both the bikes with a caption ‘The timeless icons, reborn in black for a new generation, encapsulating the authentic British style and character. Launching on June 12th.#TheBlackIcons’ 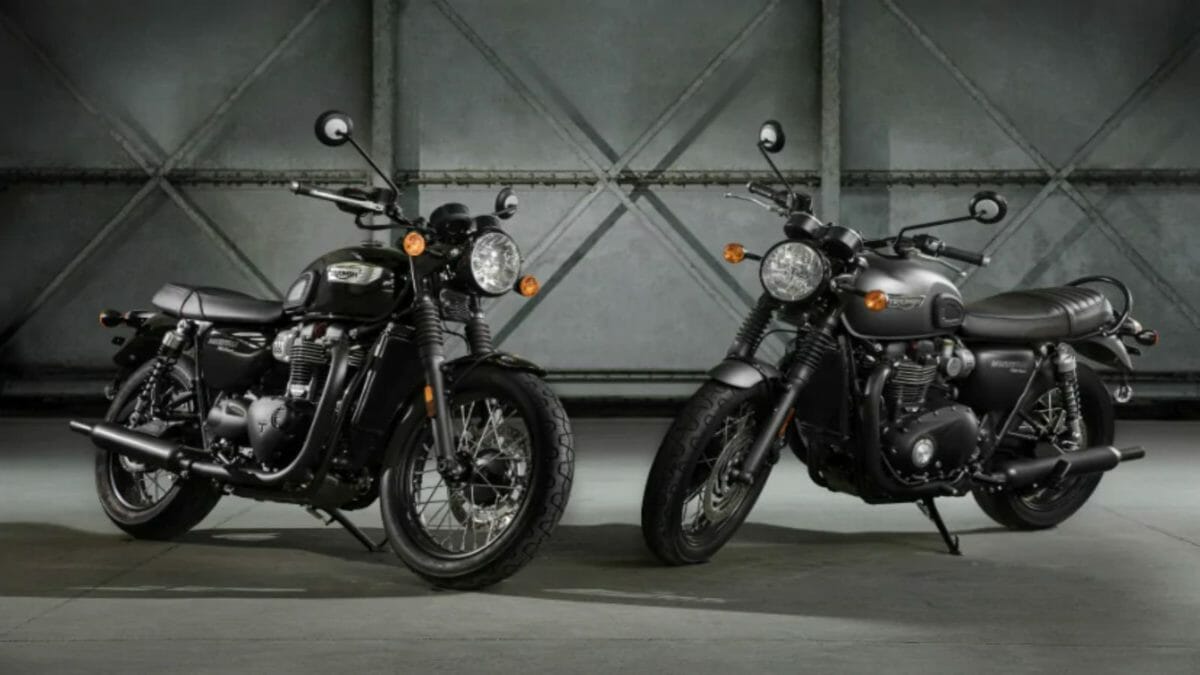 The timeless icons, reborn in black for a new generation, encapsulating the authentic British style and character.
Launching on June 12th.#TheBlackIcons pic.twitter.com/x1JPDttBU5

Triumph’s modern classic motorcycle range in India has been successful and as per some reports, the company saw a demand, particularly, for these two motorcycles and hence, the decision of these launching in India was taken by the company. The bikes, as the name suggests, get an all-black paint scheme and some cosmetic tweaks as compared to their standard counterpart but mechanically they are the same as their siblings.

The Bonneville T100 gets a matte black finish or jet black finish on its parts and panels. Similarly, the bigger Bonneville T120 gets a jet black and a matte graphite finish. Both the Bonnie specials will go on sale with most of their chrome replaced with black – these include the engine casings, wheels, mirrors, turn blinkers, and the iconic pea-shooter exhaust pipes. 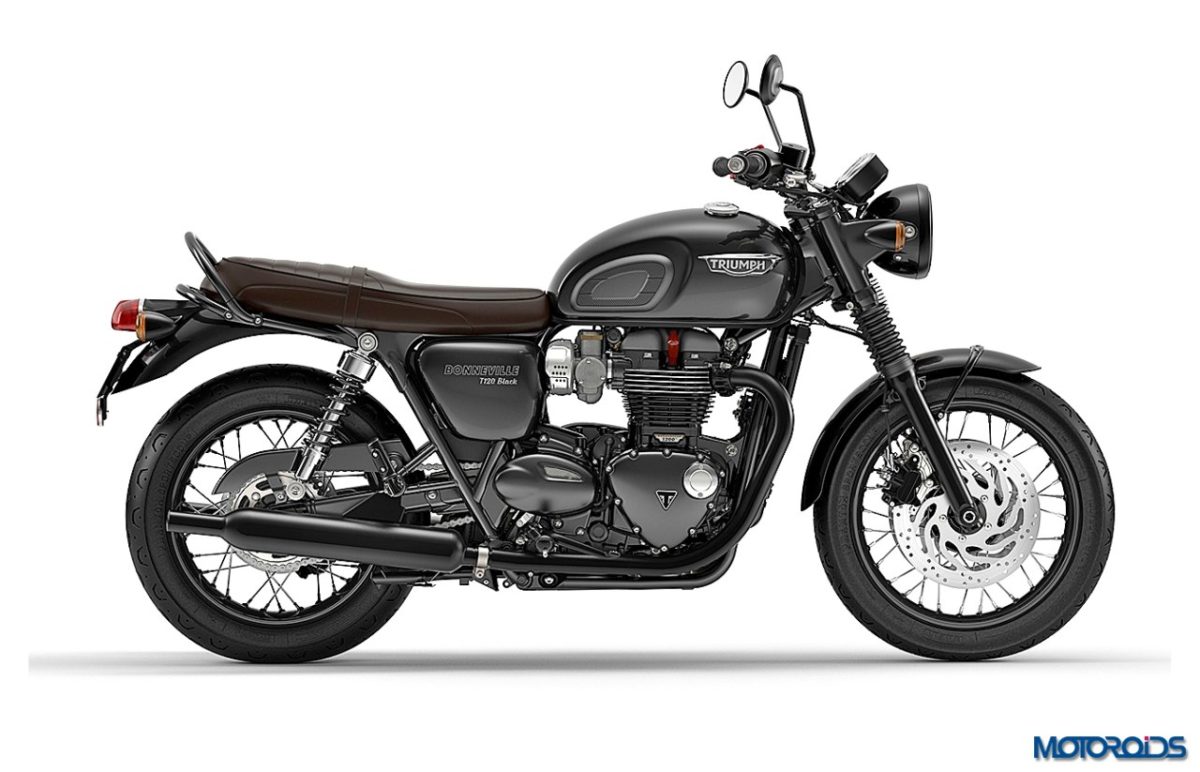 Triumph Bonneville T100 Black variant will be powered by a 900 cc liquid-cooled parallel-twin engine which is liquid-cooled and has a 270 degrees firing order and churns out 54 bhp and 77 Nm of peak torque. This engine is coupled to a five-speed manual gearbox with multi-plate assist clutch. As far as features are concerned, its electronics and rider assist features include ride-by-wire, dual-channel ABS, switchable traction control, and USB charging socket. It is the same as the standard model’s — twin-pod semi-digital instrument panel for all the necessary information, traction control system, and two riding modes. 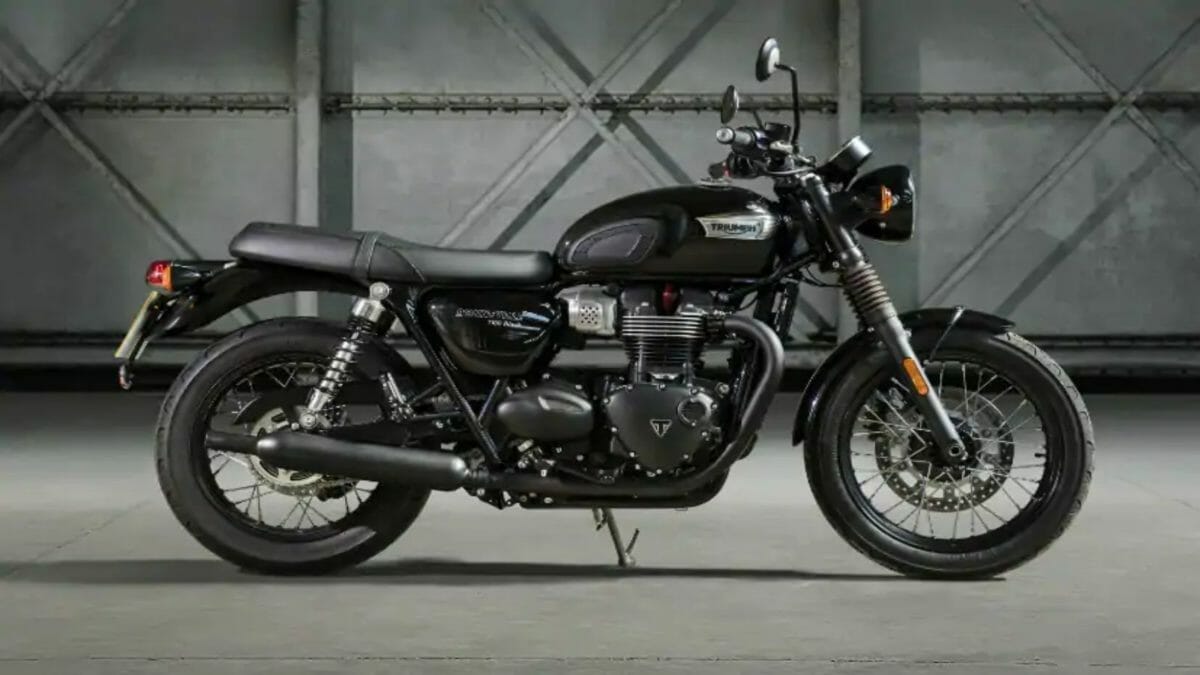 The bigger Bonneville T120 Black employs a 1,200 cc high torque parallel-twin engine. It is also a liquid-cooled engine sporting the same 270 degree firing order. It cranks out 79 bhp of power at 6,550 rpm and 105 Nm of torque at 3,100 rpm. Unlike its smaller sibling, it gets a 6-speed gearbox. In terms of standard kit, the bike gets LED daytime running light, dual-channel ABS, ride-by-wire, riding modes, traction control, heated grips, centre stand and an immobiliser as well.

The Triumph Bonneville Street Twins have been their most popular and anticipated products worldwide. Both Triumph Bonnies Black editions are expected to cost the same as their standard models. Therefore, the T100 Black will most likely get a price tag of Rs 8.87 lakh while the more powerful Bonneville T120 will cost around Rs 9.97 lakh. All prices are ex-showroom.