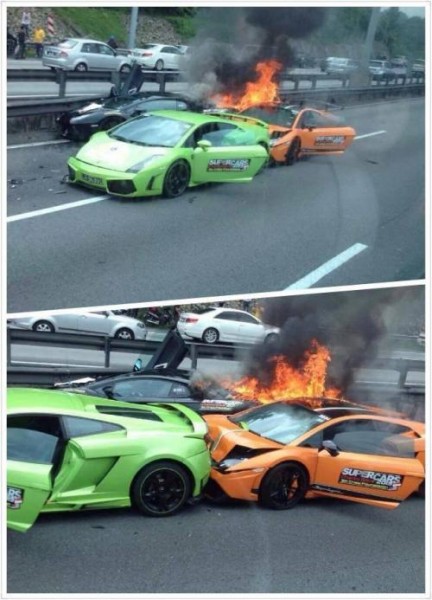 Not one, not two but three Lamborghini cars were recently involved in a crash on a highway in Malaysia. This trio of Lamborghini cars consisted of a couple of Gallardos and an Aventador, all of which caught fire after the crash.

It is  being said that the three Lamborghini cars were headed to a charity drive, when a local driver decided to intrude into the convoy and forced the orange Gallardo Superleggera to rear-end the green Gallardo and to avoid the two cars, the Aventador swerved into the steel crash barrier.

There are good chances that the Aventador was the first of the three cars to catch fire, following which the the other two cars too started burning. While all the three cars melted down, no one was seriously injured or hurt.