Toyota Urban Cruiser’s launch theme has been revealed, and bookings will start by August end. Toyota Kirloskar Motor (TKM) has officially revealed the vehicle’s launch campaign would be based on the theme of ‘Respect’. Toyota is the name behind some everlasting SUVs dominating the market with literally no tough rival against their Innova and Fortuner. For TKM, Urban Cruiser is a new entrant to their family and it’s also the smallest SUV compared to other Toyota SUVs. The smaller Toyota Urban Cruiser is aimed to appeal to those who wish to own an SUV at a young age. 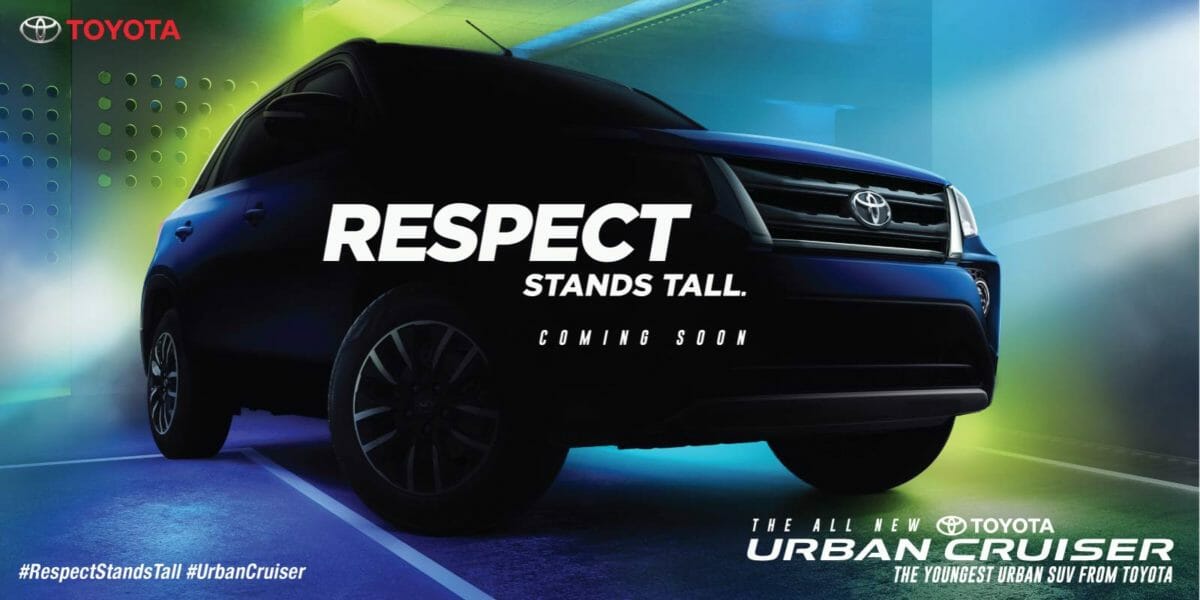 Toyota Urban Cruiser is equipped with a 1.5-litre petrol 4 cylinder engine available with a 5-speed manual transmission as well as an automatic gearbox producing a satisfactory 103bhp of power and 138 Nm of torque. The company claims a decent 17 kmpl mileage on roads which is entirely due to the addition of SHVS mild-hybrid tech borrowed from Suzuki just like the entire car.

The Urban Cruiser comes as the second product under the company’s partnership with Maruti Suzuki after the Baleno-based Glanza. The Toyota Urban Cruiser is based on Maruti Suzuki Brezza, although would be slightly different as the company has not only changed a few things on the outside but TKM also offers an extended warranty and other purchase benefits over Suzuki’s Brezza. In terms of visuals, the front grille on the Urban Cruiser will be the biggest visually differentiating factor, compared to the Brezza.

Mechanically, the Urban Cruiser will get the same engine and transmission that can be seen on the Brezza. However, Toyota could rejig the variants and offer the automatic transmission on a lower trim level, compared to the Maruti.  Once launched, the compact-SUV will rival not just against its lookalike but also several other compact SUVs like Tata Nexon, Mahindra XUV300, Hyundai Venue, Ford Ecosport and the all-new Kia Sonet. This list will also see the introduction of the Nissan Magnite and the Renault Kiger, where both share the same platform and engine, however, unlike the Brezza and the Urban Cruiser, won’t share as many bits.