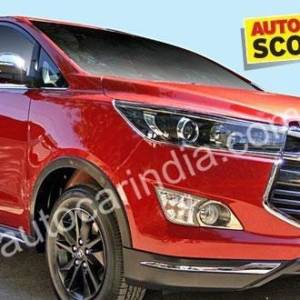 Recent spy images reveal the India spec Toyota Innova Crysta Venturer, where it will be christened as the Innova Crysta ‘Touring Sport’. Reports suggest that the Indian arm of the Japanese automobile manufacturer plans to launch this special edition model in India as early as next month.

As seen in the spy images, the Innova Crysta Touring Sport sports a wine red paintjob, contrast black body cladding with subtle chrome inserts across the bodywork. A few more chrome additions come in the form of a thick chrome strip covering the length of the tail-gate, chrome garnish on the reflector housing, fog lamps, air dam, front splitter, ORVM caps and side sills. The posterior also features the ‘Touring Sport’ badging. The alloy wheels now come in a shade of gloss black. 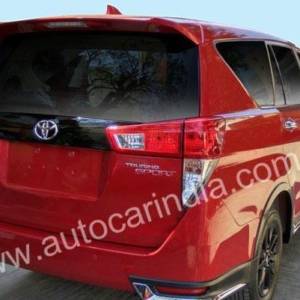 While details of the interior remain scarce, it can be safe to assume that the model will come equipped with all the bells and whistles as the model is based on the top-end Z trim. Reports suggest that the model will be exclusively available as a six seater. The captain seats for all the three rows will reportedly be done up in premium black leather. 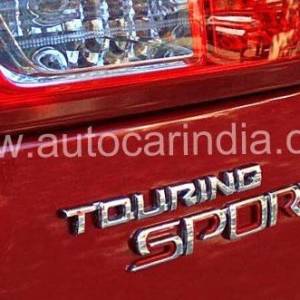 Powertrain options on the Toyota Innova Crysta Touring Sport are most likely to remain unchanged and hence one can expect the model to be powered by the same 2.8-litre diesel engine and the 2.7-litre petrol engine. Transmission options would include a five speed manual transmission and a six speed automatic transmission. Stay tuned for updates!

News
,
Toyota
,
Toyota Innova Crysta
,
Motoroids Comments
Facebook Comments
Leave a Reply Cancel reply
Popular Stories
This Digital Render Of Tata Motors’ Premium Sedan Is Full Of Sharp Imagina...
Hyundai Creta 7-Seater Version: What Could It Be Like?...
The WR 155R Could Be The Perfect Additon To Yamaha India’s 150cc Portfolio...
Five Most Affordable Automatic Hatchbacks in India...
All The Cars You Can Buy With A Factory-Fitted CNG Kit...