Visually, the new Toyota Innova Crysta Venturer will be available in a new wine red paintjob. Design wise, changes to the MPV include a contrast black body cladding along with subtle chrome inserts across the bodywork. Chrome additions come in the form of a thick  chrome strip running the length of the tail-gate, a chrome tipped exhaust, chrome garnish for the reflector housing as well as chrome inserts for the fog lamps, air dam, front splitter, side sills and ORVM cap. Also on offer are redesigned 17 inch alloy wheels with a gun-metal finish.

Also read: VIDEO: Watch This Toyota Innova Crysta Get Stuck While Driving Down A Flight Of Stairs

Some other notable features of the Innova Crysta Venturer, available only as a 6-seater, include a 4.2 inch TFT MID, automatic climate control, ambient lighting, wooden inserts on the dashboard, keyless entry and a 7 inch touchscreen infotainment system. Safety features on the model would include 7 airbags, ISOFIX seats, ABS, EBD, HSA and VSC. 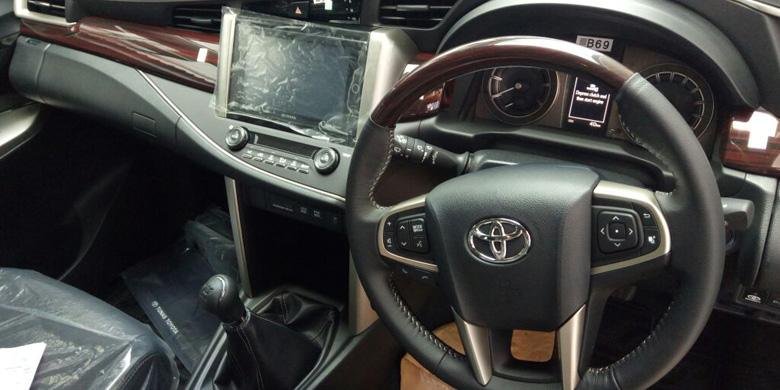 Engine options on the model include a 150PS 2.4-litre diesel engine and a 139PS 2.0-litre petrol engine. These engines come mated to a 5 speed manual transmission as standard while a 6 speed automatic transmission is available as an option. Following is the variant wise price list for the Toyota Innova Crysta Venturer launched in Indonesia:

Here is an image gallery of the Toyota Innova Crysta Venturer (click to expand):