At the ongoing 2017 Geneva Motor Show, Bugatti has showcased one of the three Chiron customer cars finished in a shade of blue tinted carbon fibre. With the exclusivity of the model being limited to only 500 units across the world, there is hardly anything that can get close to the Chiron. But what if we told you that there is something much similar to the Chiron but does its duty on water? 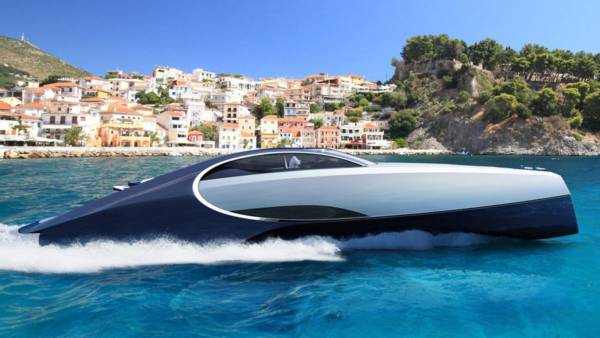 We’re talking about the Bugatti Chiron inspired Niniette 66 superyacht. To be built by famous French marquee Palmer Johnson, the superyacht inspired by the Veyron successor will take a considerable amount of design cues from the hypercar. Take for example, the C-shaped Bugatti character line or the modern couch framed by a large Bugaati horseshoe grille.

What it would not be borrowing from the Chiron here would be the 8.0-litre W16 engine. Not to worry though, for the Niniette 66 superyacht will be propelled by a MAN V8 marine engine that can produce up to 1200 hp, helping the boat attain speed of 44 knots (approximately 80 kmph for the ones who were about to google it). 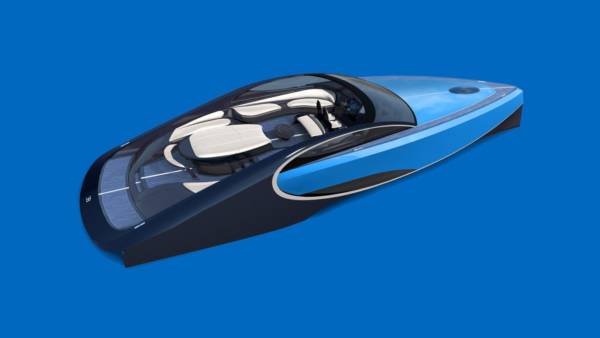 The Niniette 66 will not hold back when it comes to luxury and comfort though. The superyacht will be loaded to the gills with features such as a Jacuzzi, sun pad, champagne bar, fire pit,  and two ‘social areas’. The interiors will be made of exquisite material such as premium leather, carbon fibre, marble, polished wood, marble and yes, Bugatti branding as well. For those of you who’d like to take control of the boat in the high seas, the company also offers a Buatti steering wheel. 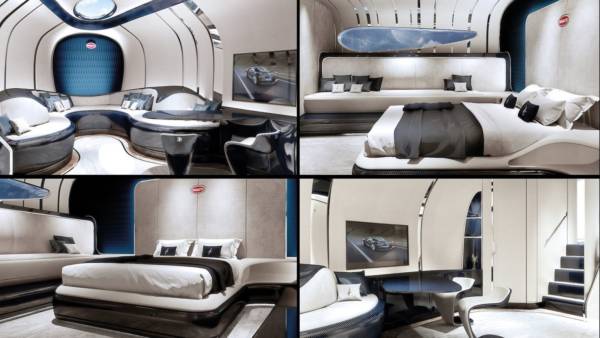 Before you dock this superyacht in your mind, let us tell you that not only would you have to shell out approximately 10 times the amount that one would spend to acquire a Chiron, but you’d also have to do it quick, for the Niniette 66, as the name suggests, would be limited to just 66 units.

Following is an image gallery of the Bugatti Chiron inspired Niniette 66 superyacht: