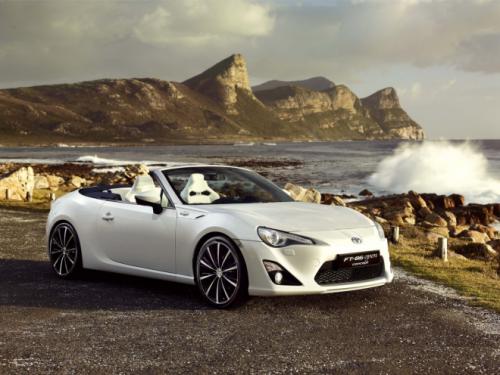 Regulars here would remember that we reported in considerable detail back when Japanese auto giant Toyota unveiled the Toyota GT 86 Convertible concept at Geneva. It may be noted that the GT 86 convertible concept came into existence after Toyota received a lot of appreciation from sports car buyers around the globe for the GT-86 rear-wheel drive coupe, which offers high driving pleasure at an affordable price.

However, the cyber space was recently swarmed by rumours of  Toyota axing the plans for pushing GT 86 Convertible into production. Shortly thereafter, GT 86 chief engineer Tetsuya Tada dismissed off all these rumours and said that Toyota is yet to take decision on the convertible’s fate. Now, it has emerged that the car maker has “indefinitely postponed” its plans for ushering the convertible in to production.

This news was broken by WhatCar magazine, which has been told by company insiders that the GT 86 Convertible is absent from the manufacturer’s plan for 2014 and 2015. There are good chances that the the Toyota GT 86  convertible would never make it to production due to various costs and production capacity issues.