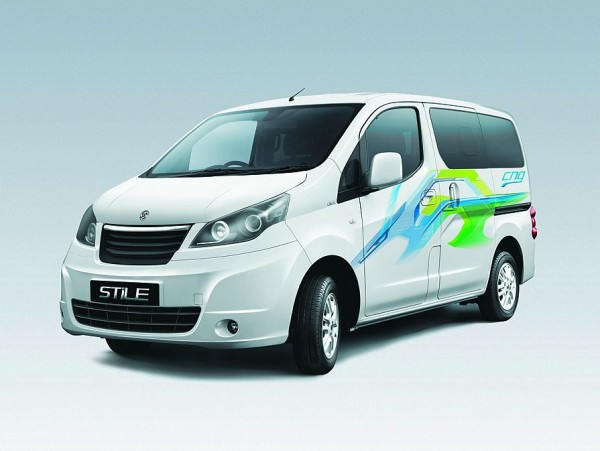 It may be noted that the Stile has certainly taken a fair bit of time coming to us. The MPV was first showcased at the 2012 Delhi Auto Expo, early last year and the production-spec model was then unveiled in July this year.

The Stile is powered by the same 1.5 litre Renault K9K diesel engine that powers the Evalia. For the Stile though, the engine produces a lower peak power output of 75 bhp and a lower max torque of 185 Nm (vs approx 85bhp and 200Nm for the Evalia). In this lower state of tune, the K9K diesel engine boasts of a significantly higher ARAI certified fuel economy of 22.5 kmpl (vs 19.3 kmpl for Evalia).

The Ashok Leyland Stile goes on sale in as many as three variants. All three of these get power steering and aircon as standard equipment.

The Ashok Leyland Stile MPV is as much as INR 1.21 lakhs cheaper than the Evalia XE, which is the lowest priced variant of the donor car.

The Stile is being produced by Nissan, alongside the Evalia, at the Renault-Nissan joint manufacturing facility at Oragadam, off Chennai. Ashok Leyland Stile will be sold from its newly established small commercial vehicle dealerships, the ones that also sell the Dost range.

It would be interesting to see how well would Ashok Leyland fair in the fast developing MPV segment.