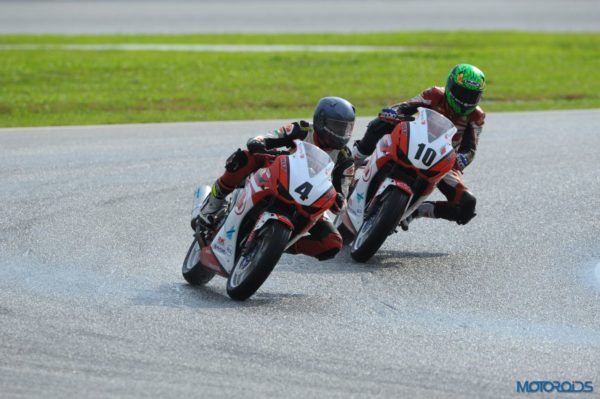 The next racer to challenge Marc Marquez and his brilliance on two wheels might just come from India. Backed by Honda, India’s three talented racers made a promising start at the Honda Asia Dream Cup 2015. The Indian trio of Shankar Sarath Kumar, Hari Krishnan Rajagopalan and Sethu Rajiv are competing against 19 riders from 10 Asian countries in the 6 round racing series. All three were selected on the basis of their strong and consistent performance in the 2014 edition of Honda One Make Race Championship held in India.

Sarath clocked 8 points over two rounds posting a best lap of 1:20:768 in the process. Looking to build on his podium finish at the Qatar-leg of the ADC last year, Sarath Kumar was quick off the blocks. Unfortunately he suffered from an incident during the first-race that pushed him to 10th place. A two-time Honda One Make Race Champion (2014 and 2013), besides being the first-Indian rider to participate in 125GP and Moto-3 CEV Championship, Sarath, 24, will look to build on this performance in the next-five rounds. For Hari Krishnan and Rajiv, it was their first foray into ADC 2015. Hari Krishnan, 21, managed to finish in both-rounds in his debut race and bagged 6 points. For 17 year-old Rajiv, the 14 lap race was a steep learning curve. 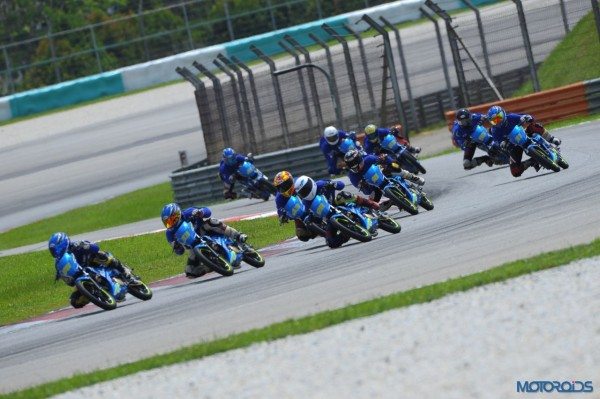 From Sepang, Malaysia, the trio of racers now move to Sentul International Asian MotoGP circuit in Indonesia for the next-round, to be held from June 04-07, 2015. The top 8 racers of the Honda Asia Dream Cup 2015 season will race to qualify for the prestigious 2016 Moto3 championship next year. Congratulating the 3 Indian racers on their promising performance in Round 1 of Asia Dream Cup, Mr. Keita Muramatsu, President & CEO, Honda Motorcycle & Scooter India Pvt. Ltd. said,” We are rooting for podium win by the Indian contingent of Sarath Kumar, Hari Krishnan Rajagopalan and Sethu Rajiv. Honda wants to popularize motorsport culture in India. As first step, we have handpicked the best talent from home-grown Honda One Make Race platform and are nurturing them through the Asia Dream Cup. Our objective is to see them grow and hopefully represent India in the coveted Moto3 and later Moto GP championships.”