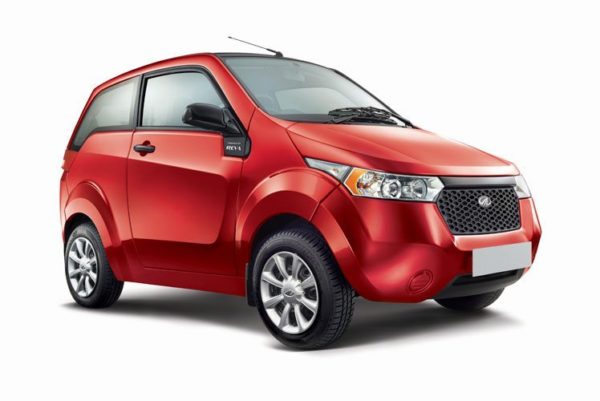 Mahindra Reva Electric Vehicles Pvt. Ltd., today announced that its automatic electric vehicle Mahindra e2o, will now be available inclusive of the FAME demand incentive. The Mahindra e2o would now cost Rs 4.79 lakhs (On road Delhi) in addition to a fixed energy fee of Rs 2999 per month for 5 years or 50,000 km, which is a reduction of 16% over old price. This is a direct result of the Government’s recent announcement of the FAME (Faster Adoption and Manufacturing of Hybrid and Electric Vehicles) Scheme.

Under the aegis of the FAME Scheme, there will be special focus on investments in R&D, incentives for demand creation, setting up of charging infrastructures and rolling out of Electric Vehicle pilot projects. An upsurge in publicly available charging ports is expected besides the existing ports that have been set-up by the company. A normal charge port can also be installed at home in addition to charging points available across the country. Mahindra Reva has installed more than approximately 300 easily accessible charge ports across the country till date.

Today, energy security and air pollution in cities have emerged as important considerations for large and growing economies like India. Further, the current Air Quality Index paints a grim picture of the air we breathe in cities, which is largely a result of vehicular pollution. Pinning these issues, the Government’s FAME Scheme (Faster Adoption and Manufacturing of Hybrid and Electric Vehicles) will tackle the twin issues of energy security and environmental pollution.

Speaking on the issue, Pravin Shah, President & Chief Executive (Automotive), Mahindra & Mahindra said “We welcome this important, progressive and timely initiative from the Central Government and the Ministry of Heavy Industries which has the potential to boost the EV industry in India and put it high on the global map. The benefits of the scheme in terms of demand incentives will be passed on to our customers, thereby making the e2o a more compelling and viable choice for mobility. Further, with the intervention of the government towards increasing charging infrastructure coupled with our technological updations, we hope to address range anxiety, accelerate EV awareness and expand our network across the country. Going forward with the formulated policies in place, I am confident that India is set to witness a shift in changing lifestyles and a spurt in electric vehicle takers”.