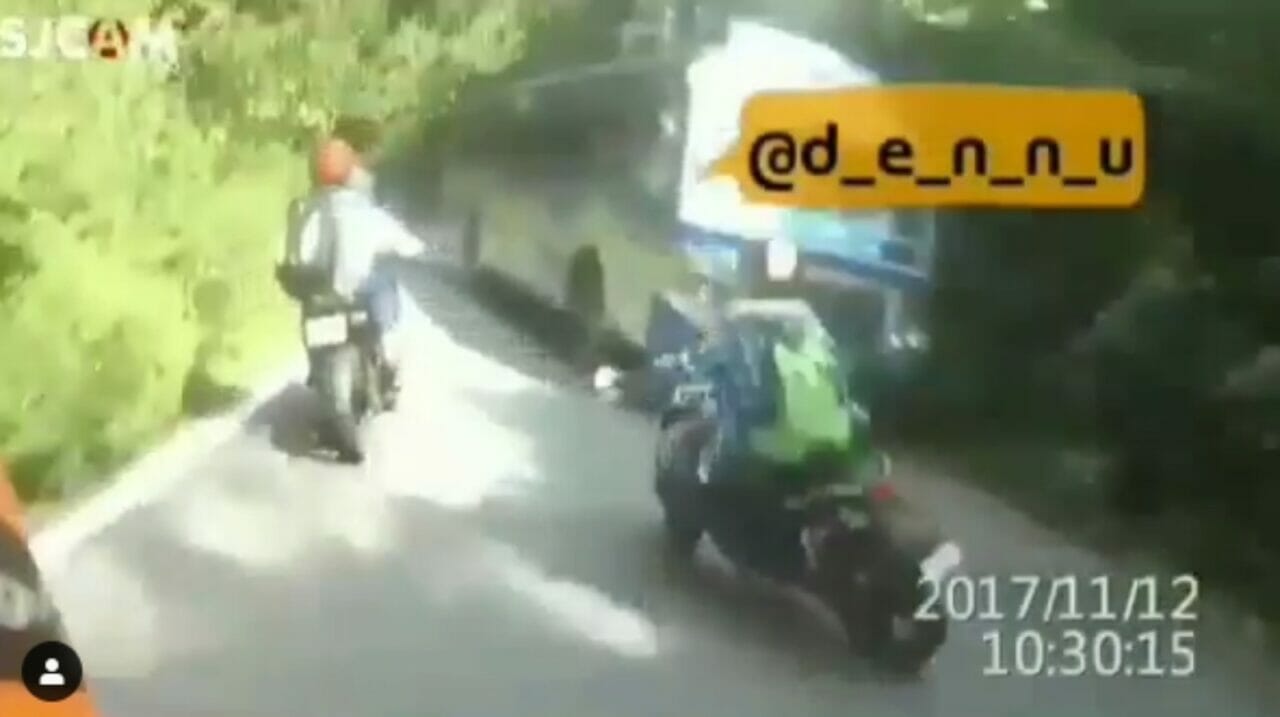 It is a widely accepted fact that Indian roads are very dangerous to ride/drive on. You have to be extra careful when you are out there because it becomes your own responsibility to save yourself in case the other driver/rider makes a blunder. Recklessness while driving on Indian roads can turn fatal. But sometimes, people pay for what they do. And in this case, this is exactly what happened. Remember the basic driving rule that you shouldn’t approach a blind corner too fast?

Well, if you don’t, the video featured here will narrate the consequences. Though the rider who was majorly at fault for this mishap, managed to escape the crash, it all came down to the guy who was riding behind him. Choose your friends wisely but choose the people you ride with even more wisely.

Every motorcyclist loves riding on narrow and winding roads, filled with lush-green landscapes all around but the experience can turn tragic if you decide to be a little reckless. This bunch of riders were supposedly on a group ride and were riding in a formation. But the formation soon broke and how! One of the riders decided to overtake the rider ahead of him… on a blind turn.

It doesn’t take a rocket scientist to decipher what might have happened next. A fast-moving bus approached the corner, sending the rider into panic mode who was right in the middle of the overtake. The concerned rider then aborts the mission and decides to slam the brakes in order to prevent a head-on collision with the bus. In doing so, the rear wheel gets locked up and slides while the rider nearly escapes what would have been the end of his days. 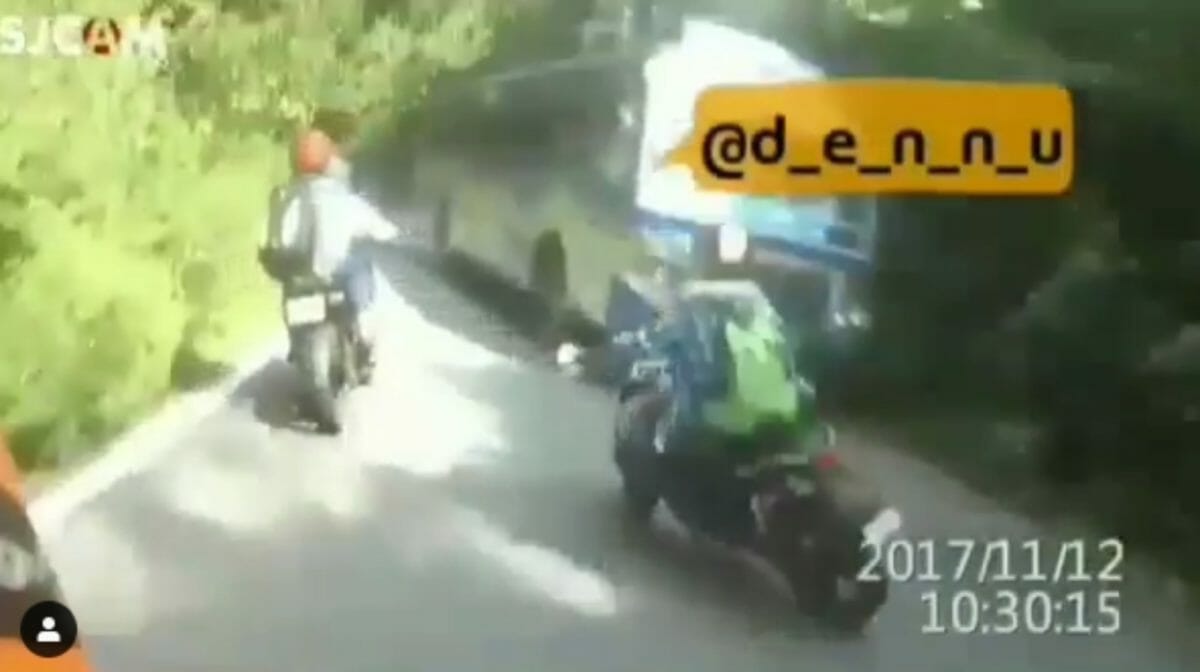 If you’re wondering, things don’t end here as the rider who was riding behind ends up rear-ending him and finally, lands on the side of the road. Both the riders involved in this accident manage to escape what could have been a terrible accident. There are a few major takeaways from this accident. Blind corners are among the most dangerous places for motorcyclists to ride, obviously because of the limited vision ahead.

However, there are a couple of simple techniques for negotiating blind corners that give you more vision. The first is to use the late entry method of cornering. While negotiating a right turn, stay as far left as possible and don’t turn in towards the centre line until you can get a visual confirmation that there’s no oncoming vehicle in your lane.

Also read: Gujarat Couple Perish Even After Climbing Out Of A Sinking Mercedes; Was There A Way Out?

Since we drive on the left, on a blind left-hander, stick to the inner shoulder to complete the turn. In both instances, dial down the speed so that you have enough time to react, should there be a hazardous situation. Another thing which one should keep in mind before approaching a blind corner is to alert the oncoming vehicle of your arrival. Blow the horn before negotiating a corner and if you are riding during the night, use the pass light switch.