We encounter a number of weird things on the road on a daily basis. Our roads do indeed hide a number of surprises, some of which may be good, some may be funny, some may be scary and then there are some which a combination of all these. This video which captures one such incident on our roads is one experience that you would definitely not love to have on the road. Two people on a bike were chased down by a tiger (no, not the one made by Triumph) in Pambra, Wayanad while passing by Nagarhole National Park and Tiger Reserve. Located in Kodagu district and Mysore district in the state of Karnataka, this reserve covers an area of 6,000 square kilometres.

Judging by the video, it appears as if the person sitting on the rear side of the bike was trying to capture this regal creature while on the move through the forest. However, the Tiger, being a territorial animal may have felt threatened by this action and decided to attack in order to defend its territory. These animals weigh anywhere between 100 kg to 250 kg and can reach speeds of up to 60 kmph to 65 kmph, making them capable of keeping up with a motorcycle. The tiger, fortunately, does not pursue the two gentlemen on the bike but crosses the road. The tiger may have let charged to make take the bike out of its territory and not attack the humans. 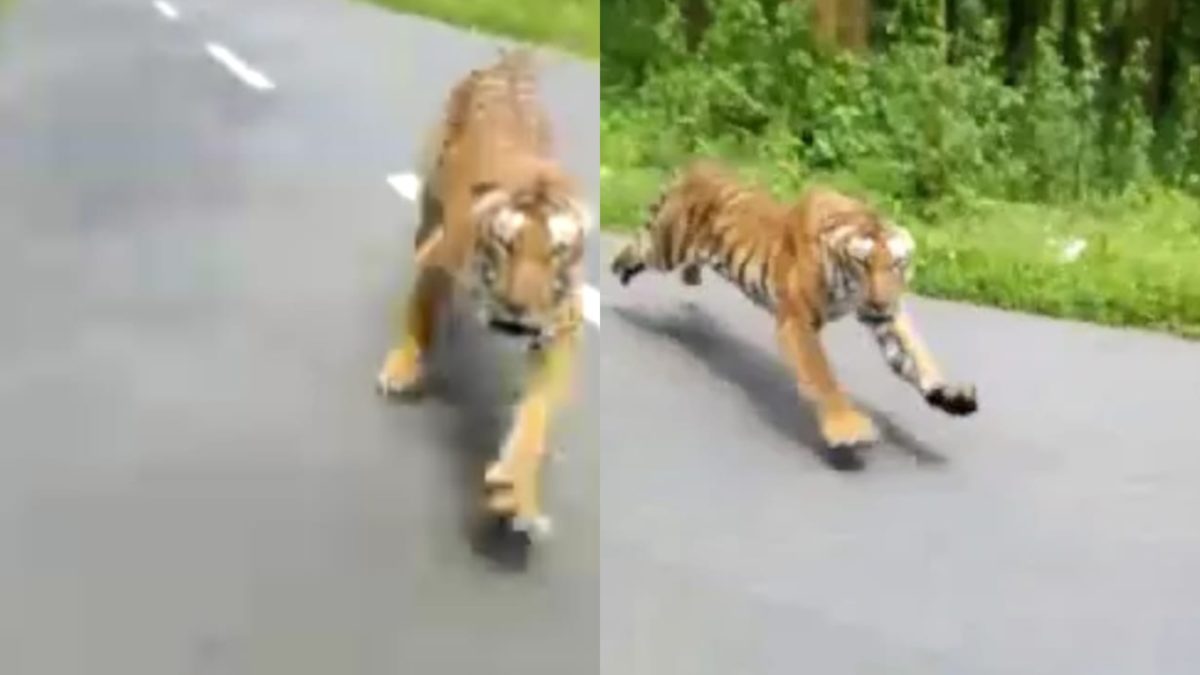 Also Read: Some Hilarious Automobile Ads One Can Find On OLX

One thing worth noting is the fact that both the pillion and rider remained calm throughout this ordeal. That was a very crucial step to take as sudden movements caused due to panic of either of the two could have made them fall off the bike and things could have taken a worse turn. One should always take caution, if not avoid, travelling on two-wheelers through such patches, after all, it is their home, their territory that we ride through. That said, the government can make such roads safer by providing a crossing of sorts at places where roads cut straight through the jungle, making it safer for the animals and humans as well.