Home News Some Hilarious Automobile Ads One Can Find On OLX

OLX has been a boon for petrolheads in the country, as they no longer need to deal with dealers before buying a used car. Car sellers too, can find a genuine buyer for their pride and joy without having to post ads at multiple places. Being an open platform, OLX is now flooded with dealers as well, which try to promote their business on this platform. Apart from dealers, many other people post some ridiculous advertisements on their page that they would definitely make you laugh, do have a look at some of our favourites. 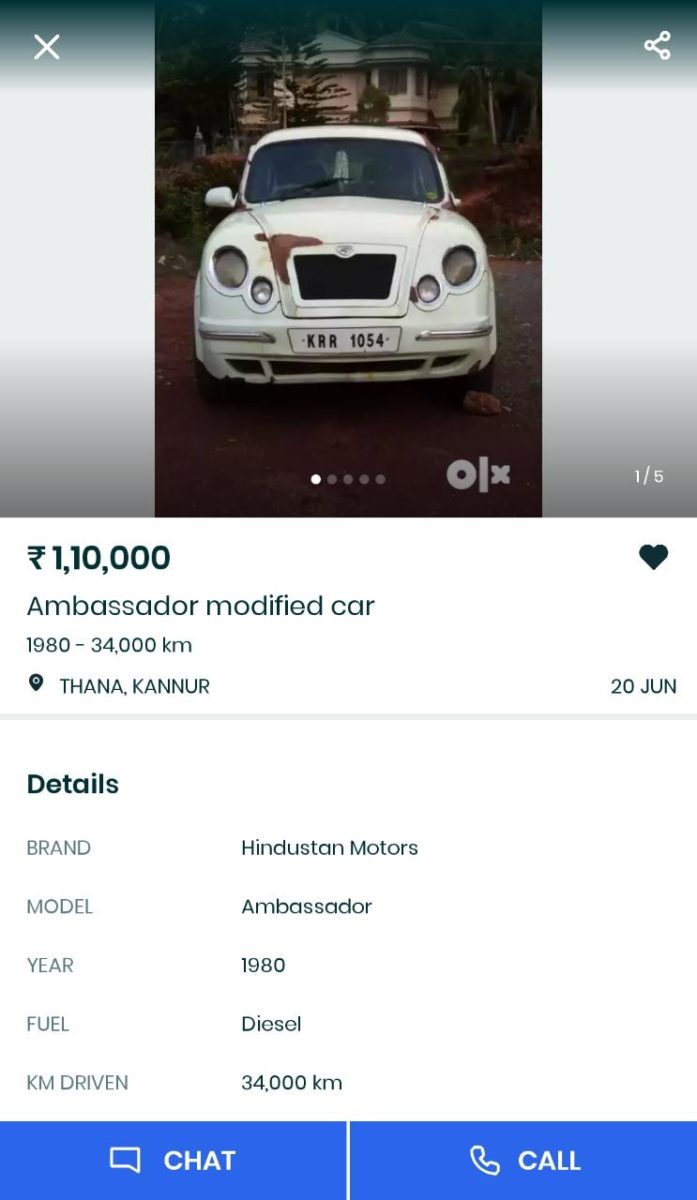 An ad posted in Thana, Kannur showcases a gem of a car, a 1980 Hindustan Motors’ Ambassador. This iconic car comes from the year of 1980, making it the Mark 4 model. However, the original gem of the car has been modified to imitate the look of a Bentley. From a purist point of view, it is not funny but sad to see yet another beauty being taken off the streets with this monstrosity. The asking price of INR 1,10,000 would further make you laugh considering the car, from the pictures, requires at least a new paint job apart from many more hidden costs. 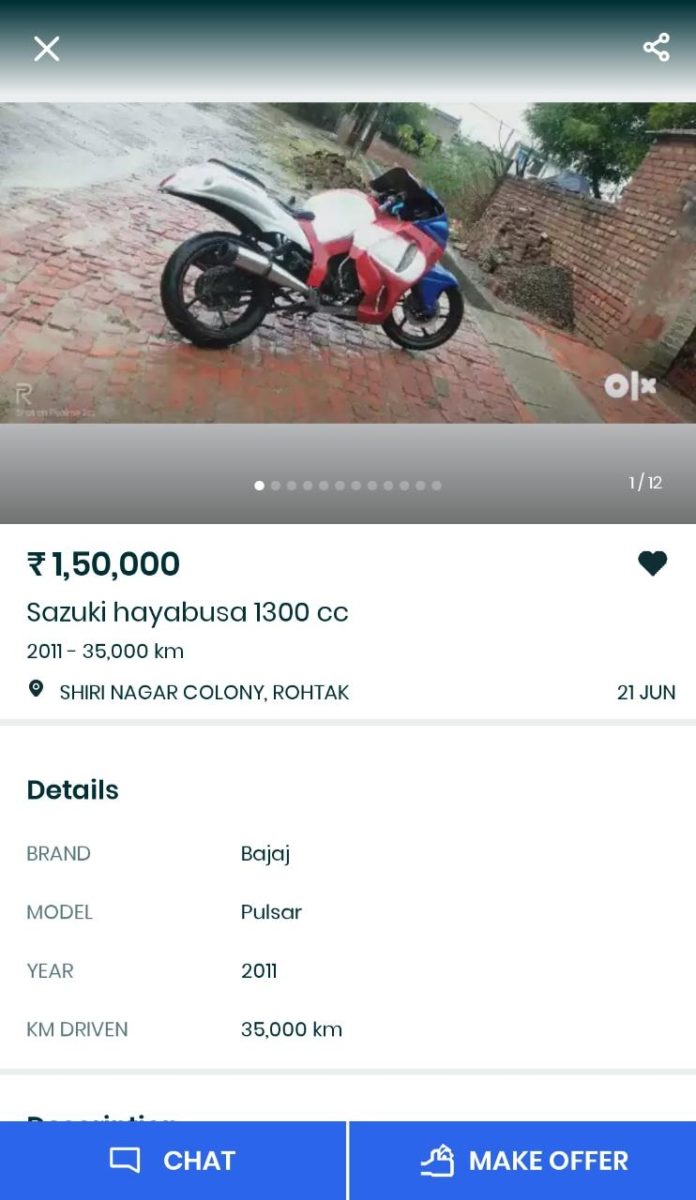 Unlike the Suzuki Hayabusa, the Sazuki Hayabusa came with skinny tyres and a ‘1300 cc’ engine. An ad posted in Shri Nagar Colony, Rohtak seems to be the only place in India to have a Sazuki dealer. However, once you click on the ad, the truth is revealed, this bike is a Bajaj Pulsar from 2011, modified to look like the Hayabusa. The asking price of INR 1,50,000 comes along with a description saying ‘By urgent sailing’. 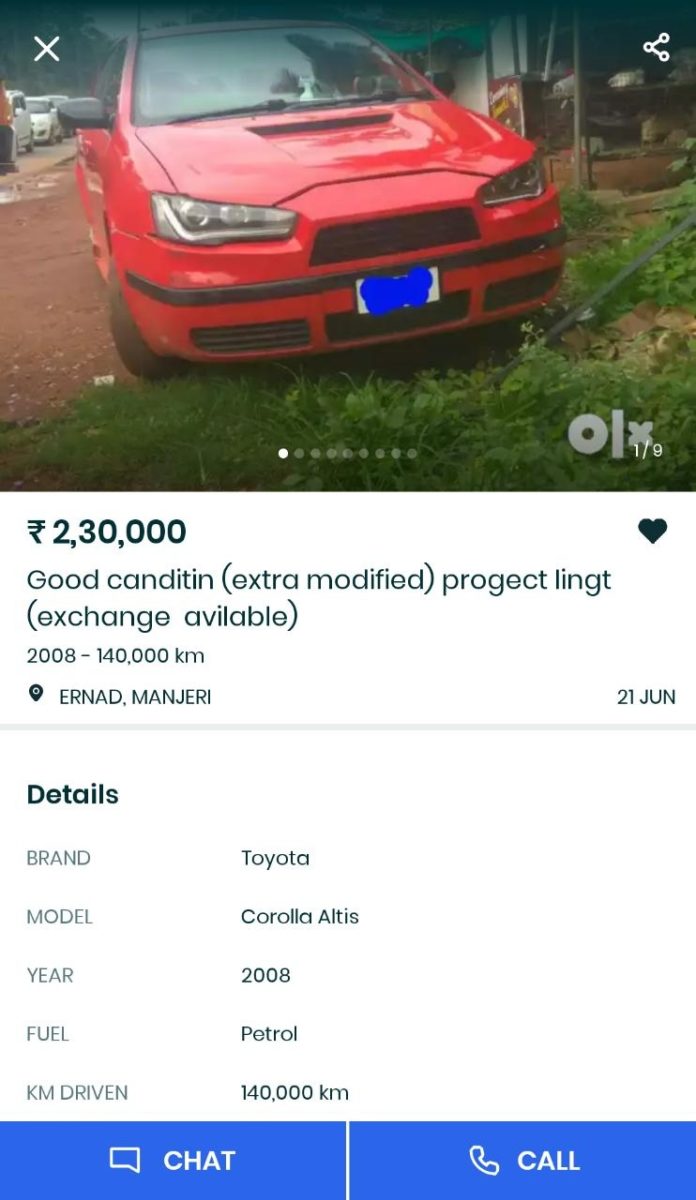 As hilarious as the title of this ad sounds, the car too would have you rolling on the floor. This ad posted in Ernad, Manjeri showcases what is a riced out 2008 Toyota Corolla Altis. Driven a hefty 1,40,000 km already, this car sure does have a lot more kilometres to take on, being a Toyota but one can’t be sure of the modifications done to the car. With an asking price of 2,30,000, you will get all the ‘pappar’ you need to run this car on the road.