There’s hardly any argument to the fact that among its rivals, the Tata Harrier definitely is the best-looking and more substantial. In addition to those sharp styling elements, the larger dimensions also make it appear like a proper SUV and make it more spacious on the inside. During the festive season, the Harrier was introduced in a Dark edition, with its external bits painted in Atlas Black. 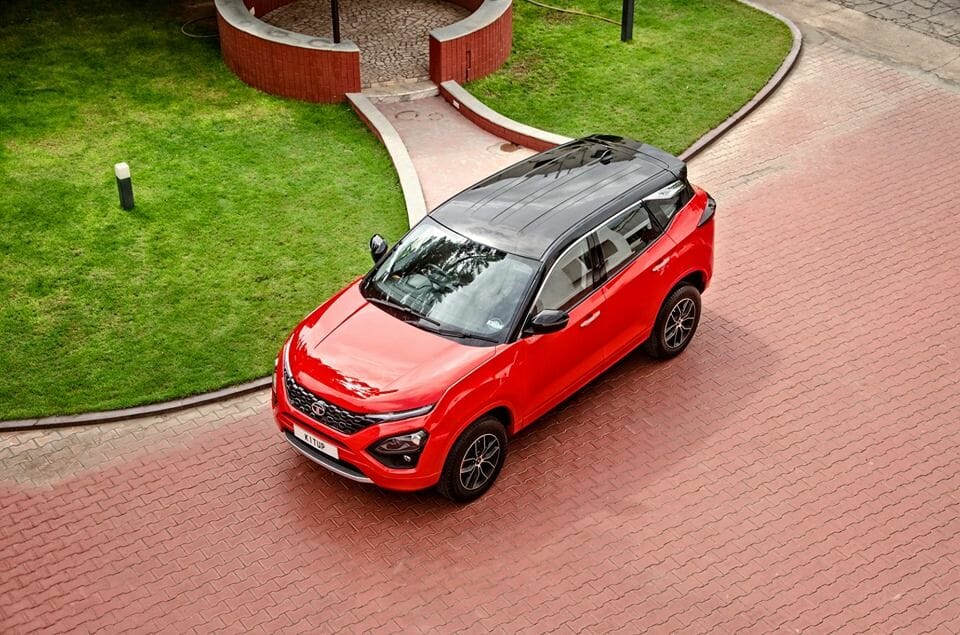 Otherwise available in shades of Calisto Copper, Thermisto Gold, Ariel Silver, Telesto Grey, Orcus White and dual-tone paint options for two of these colours, they are all very formal and safe colour choices. There isn’t one available in Yas Marina blue or a yellow or even red for that matter. But most carmakers these days offer a safe palette as buyers aren’t too adventurous and wish to invest in a paint scheme which will attract all kinds of buyers at the time of resale. But someone wanted the Harrier to be painted in Red and has achieved so while also finishing the brake calipers in the same shade. 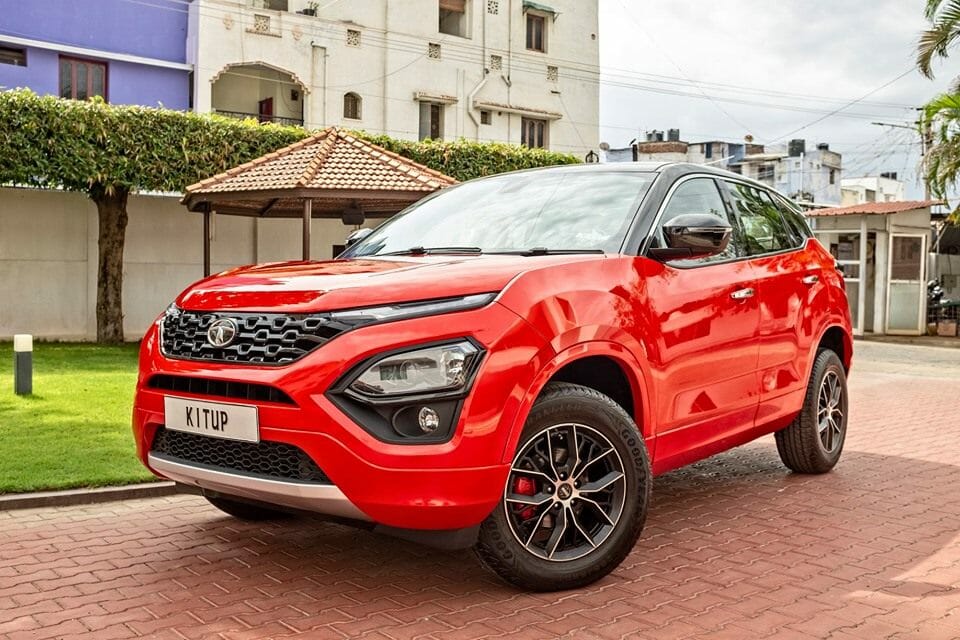 Featured on Kitup Automotive’s Facebook page, this particular Tata Harrier has been wrapped perhaps and also gets a new set of alloy wheels with a twin-spoke design and a blacked-out roof like the SUV’s dual-tone variants. The end result is a good looking SUV whose muscles and veins appear to be more in focus, draped in glossy red. If this SUV does get a JTP version sometime in the future, we can bet that it might be offered in a similar colour.

Also Read: Tata Harrier (Buzzard) With 7 Seats – What To Expect? 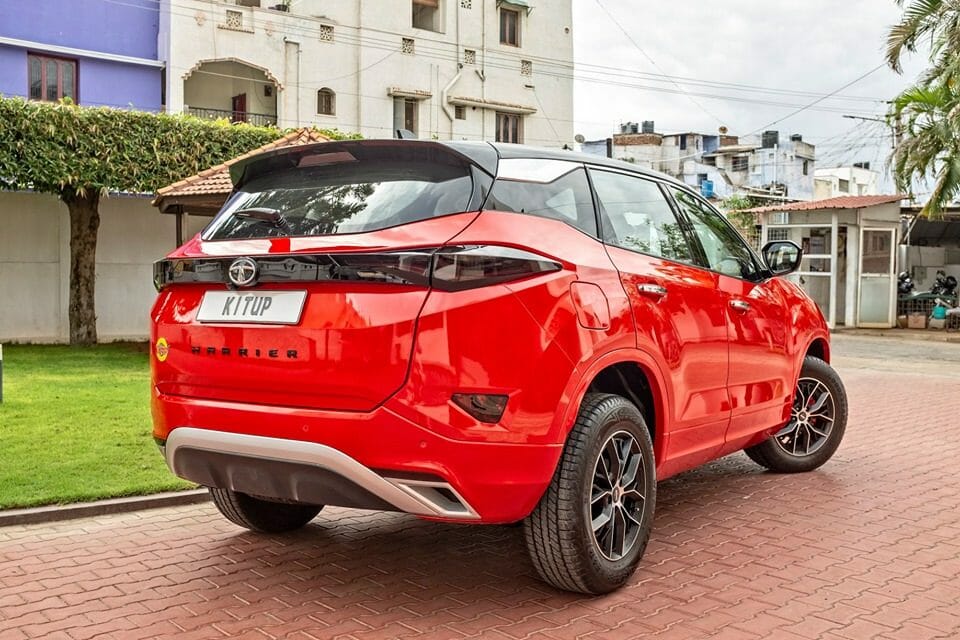 The Harrier carline is about to be added with a new 7-seater variant, which was revealed at the Geneva Motor Show earlier this year. The word around is that it will be called the Cassini in India. It will offer a 3rd row of seating and its 2.0-litre engine diesel engine will crank out about 170 hp and 370 Nm of torque. It will offer the choice of a manual or an automatic gearbox and could even come fitted with a panoramic sunroof. More details are expected to be available once the Altroz hatchback is revealed next month, before going on sale early next year.