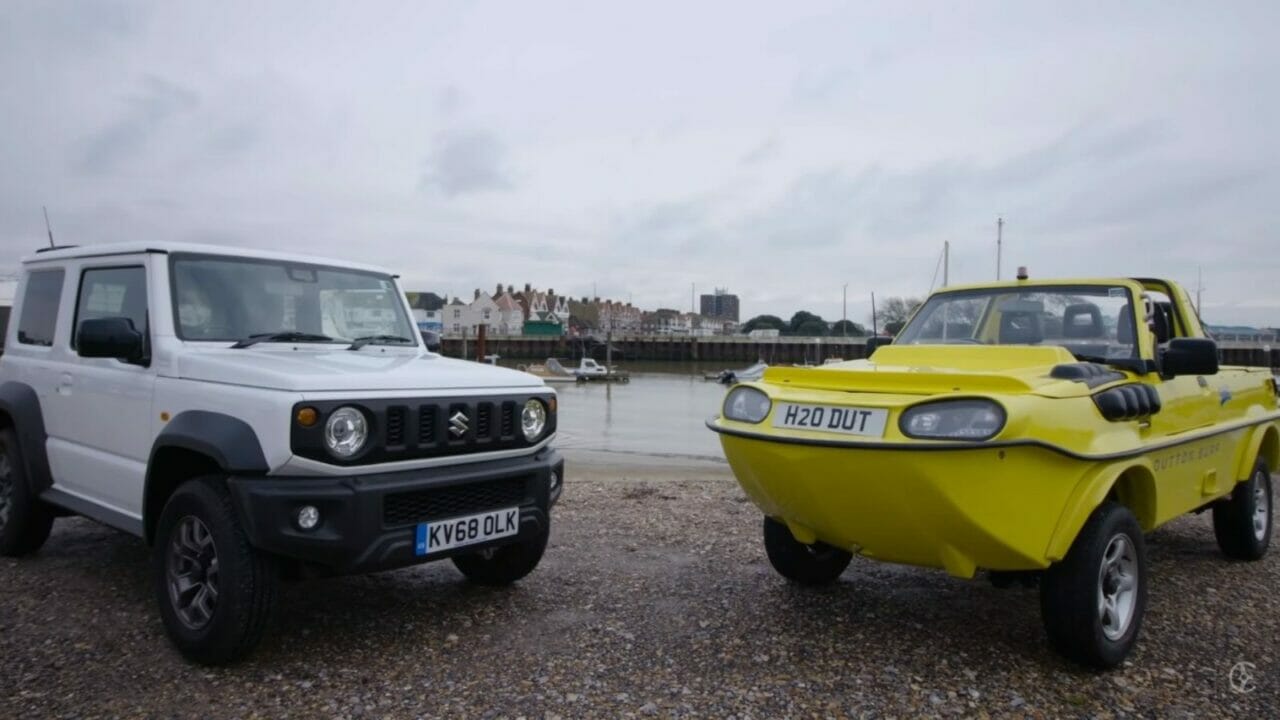 The Suzuki Jimny is lauded for many things worldwide. It comes out as an affordable SUV with appreciable off-road capabilities. It doesn’t shy away from getting off the road but what if we told you that it can now float in the water too? Amphibious vehicles aren’t a new thing but when you combine amphibious capabilities with a legendary vehicle like the Jimny, it deserves quite some attention! Suzuki Jimny ‘Dutton Surf’ amphibious SUV is what we are talking about here.

It isn’t based on the current generation of Jimny and borrows mechanical parts from the European-spec Jimny. When we bring water into the equation, the stock shell components will have to be replaced because of the phenomenon called ‘Corrosion.’ Folks over at Dutton have replaced the original body shell with a lot of plastic and stainless-steel because both are resistant to corrosion. To equip it with water-driving capabilities, Dutton has thrown in a jet propulsion system similar to what we see on a personal watercraft. 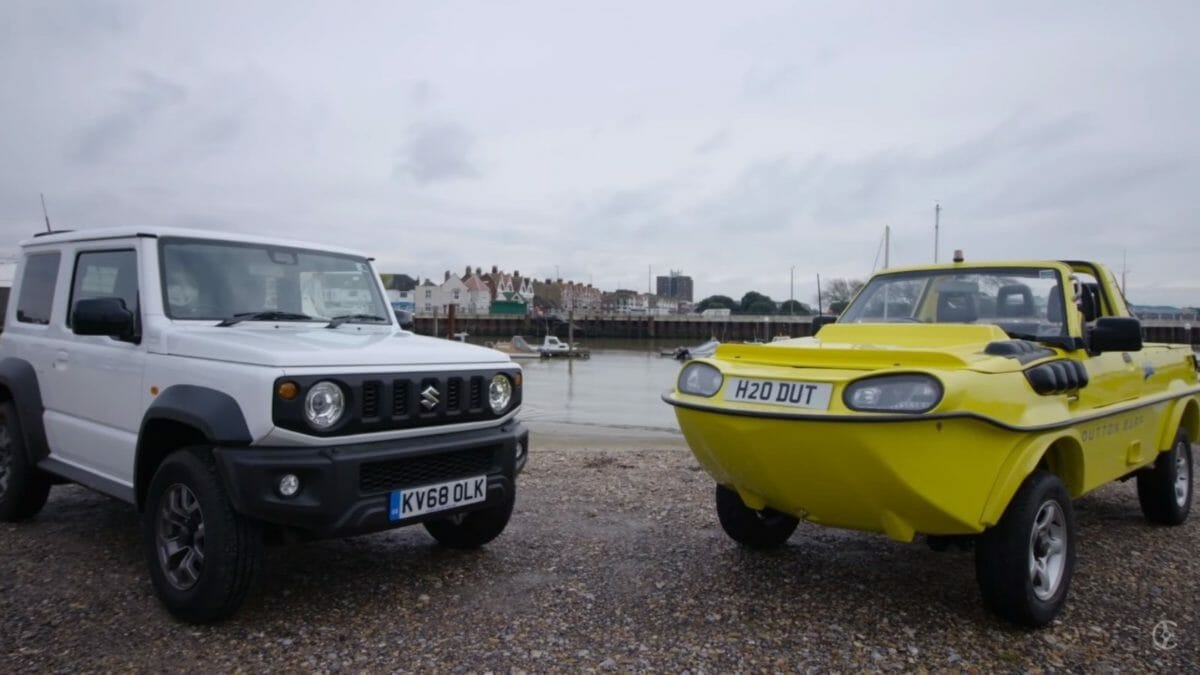 The working dynamics of this amphibious SUV are quite unique. To pilot it in the wet, the same steering wheel is used to controls the vehicle’s direction in the water, just like on the road. It isn’t a layman’s job of switching from four-wheel-drive to operating the jet as it requires pushing the clutch pedal while engaging jet drive, then you rotate a knob on the centre console that makes the Suzuki Jimny transform into an amphibious boat. 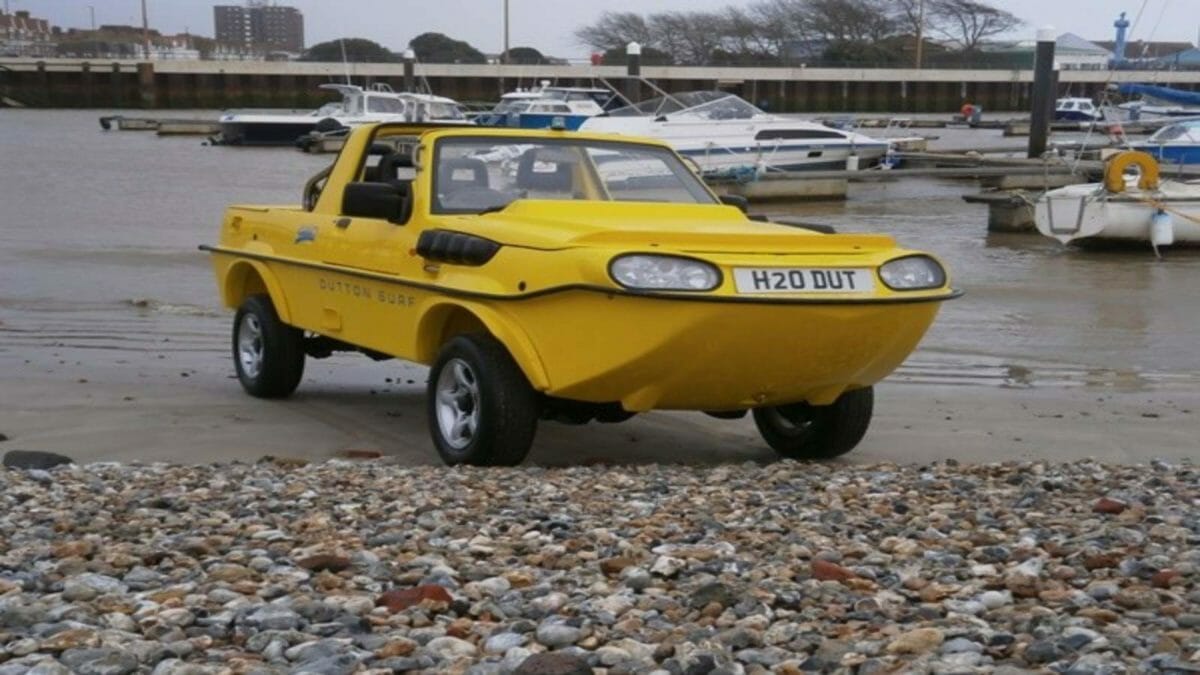 If you are still not sure about the working of this Amphibious SUV and are doubting its capabilities in the water, Tim Dutton has proved the point by crossing the English Channel to France and back to Britain not once but twice, astride the Surf! The Dutton Surf costs approximately £10,000 which is around $12,190. 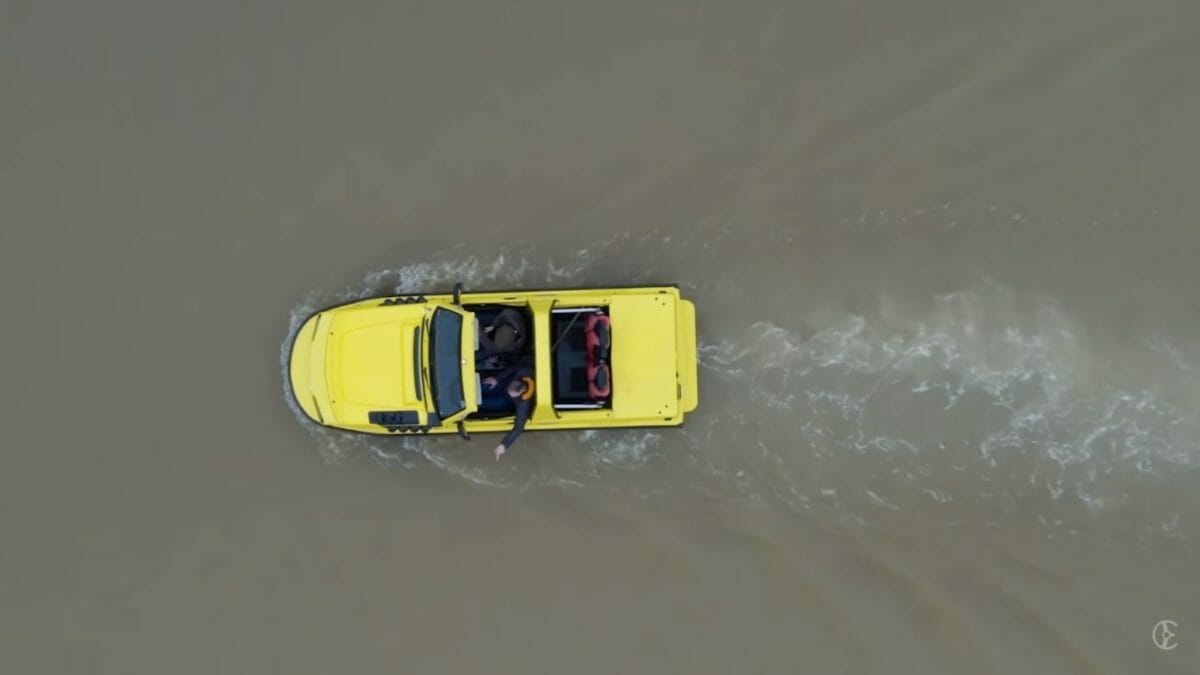 Founded in 1994 in West Sussex, British company Tim Dutton Amphibious Cars can trace its roots back to Dutton Cars in 1970 and they have pulled quite a feat by transforming a Jimny in an amphibious SUV. 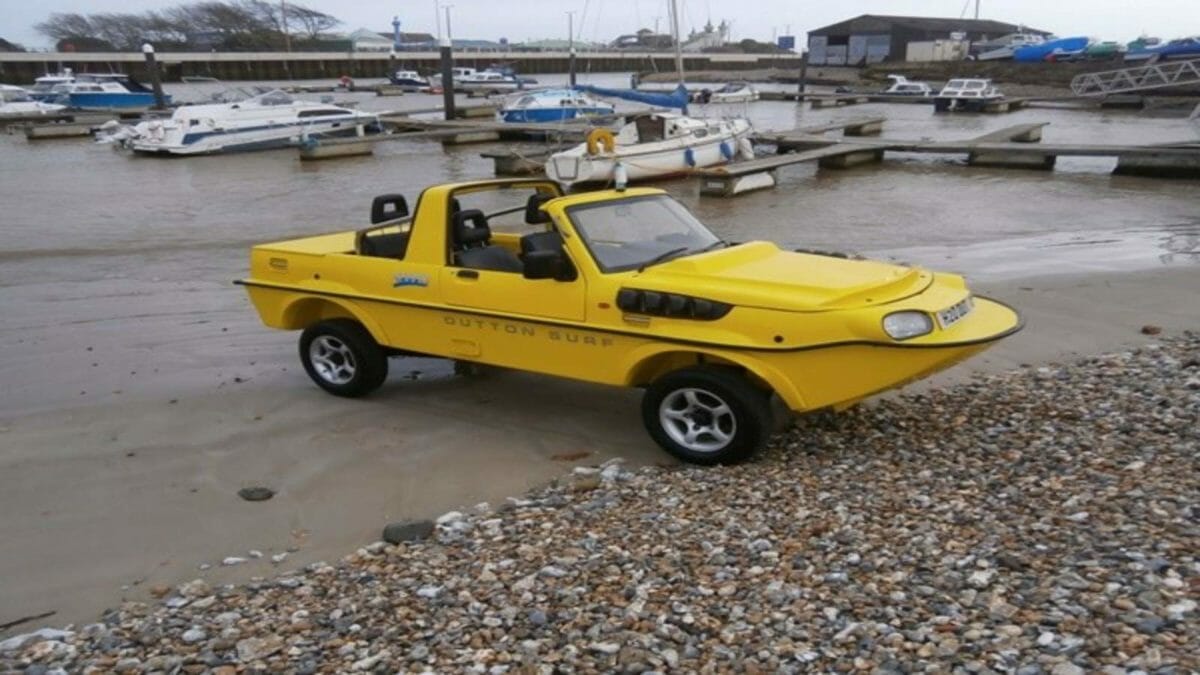 Its ability to wade through water and the fact that you don’t need to tow a boat around, makes it stand apart from the rest of the Jimnys.