Home Hyundai This Is How the New Santro Will Look Like

The Hyundai Santro was an icon, the small tall boy hatchback was every family’s favourite when it was available in the Indian market. It was the first car of many families and holds a very special place in the heart of us Indians. The icon is set to make a comeback very soon and we have seen quite some spy shots of the hatchback in disguise. A new set of images which can be seen on the internet now showcase the car without camouflage revealing details never seen before. The car seen in the picture gets an orange colour which can be seen on other cars of the Korean manufacturer. 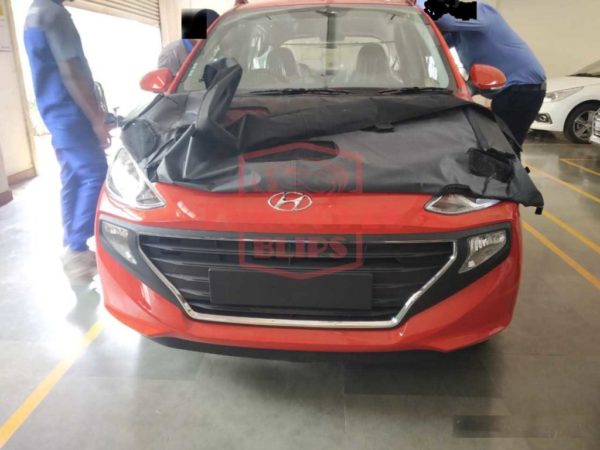 Up front, we see a new interpretation of Hyundai’s cascading grille and looks rather large and holds the fog lamps at a relatively higher position. The headlight units resemble the ones seen in the Grand i10 and DRLs are not visible in this model. In the rear, you get wrap-around taillights and a rear wiper with a washer. The top trim levels of the Santro will also get a rearview camera which shows up on the large infotainment screen present in the dash. The gear knob is also mounted on the dash and while this particular car is a manual, an AMT variant will also be available. 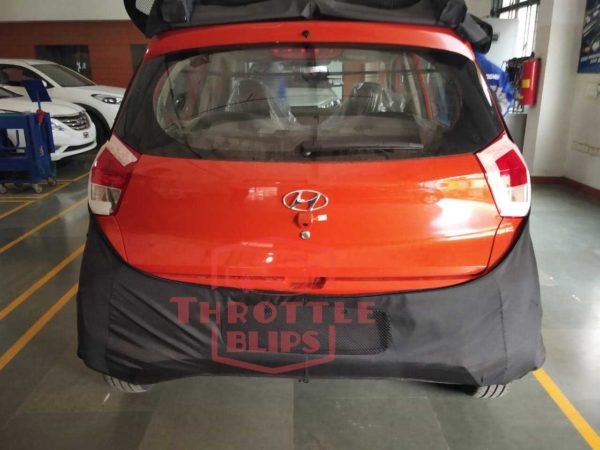 The interior feels very much like a Hyundai and all buttons and equipment are placed in familiar places, the exterior also follows Hyundai’s fluidic design language and the new Santro does look a decade elder than the old one. Reports suggest the car will get a revamped version of the Santro Xing‘s 1.1-litre 4-cylinder petrol engine which was known to be quite peppy and efficient at the same time. The engine will also be made BS-VI compliant by the year of 2020 when the stricter norms would be put in effect. The car is supposed to be revealed on the ninth of October and would b launched on the twenty-third of October.