Hyundai was recently again spotted testing the new Santro/AH2, sadly the vehicle was still camouflaged so not a lot was revealed. This, however, had brought us to speculate that the launch date must be closing in. So far the spy shots have revealed a dual-tone interior that’ll be beige and black while the cabin upholstery for the seats will be fabric. It’ll come with a three-spoke steering wheel along with audio mounted controls, similar to what is found on the base trims of the Hyundai Grand i10. There is a twin-pod instrument cluster and we’re expecting the plastic trim bits to be quite hard and basic. The new Santro will also come with powered front windows, while most of the interior may resemble that on a lower spec i10. The car should also come with electrically adjustable ORVMs, an adjustable headrest, a dash-mounted gearshift lever and steel wheels with wheel covers.

Hyundai plans to stick with the tall boy design and use it to make the most of the cabin space available, thereby enhancing overall comfort. The overall width of the car has increased compared to the previous generation Santro along with larger windows to help make the cabin feel airier. It is expected to come mated to a 1.0-litre, 3-cylinder petrol motor that will be offered with an optional AMT and a manual as standard. 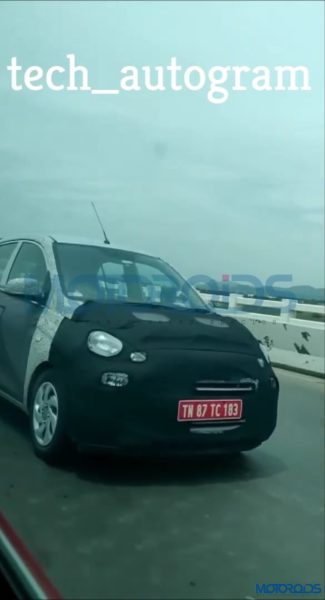 ower on the new gen Hyundai Santro hatchback is expected to come mated with a 1.0-litre iRDE three-cylinder petrol engine that will be offered with a manual transmission, while the option of an AMT is also said to be in the works. This motor is expected to churn out 70 bhp of power and 100 Nm of torque and take on the likes of the Renault Kwid, Tata Tiago and Maruti Suzuki Wagon R