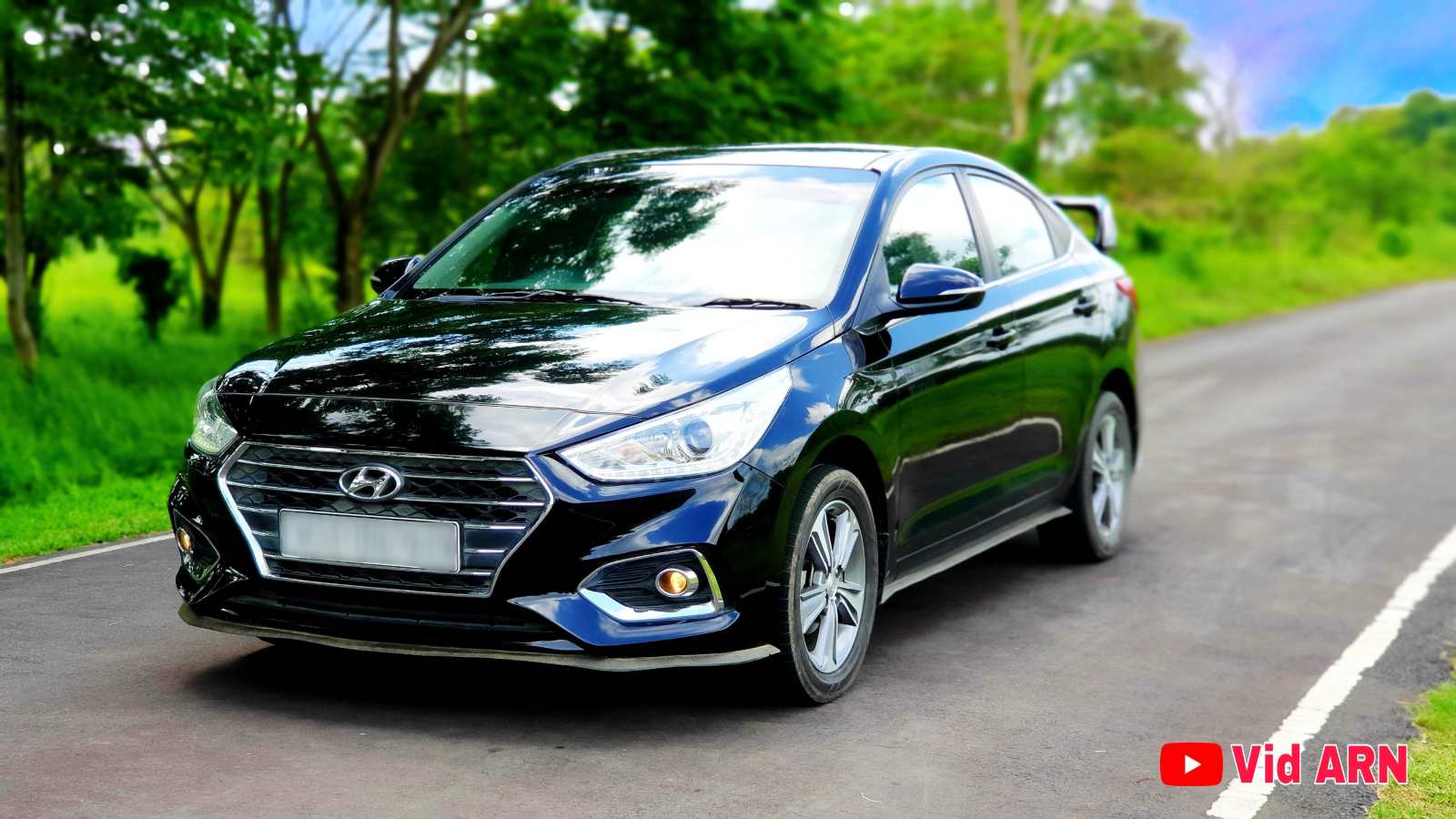 What crosses your mind when you hear ‘Hyundai Verna’?  A family sedan, right? Despite its sporty looks, the Verna is considered to be one of the most comfortable and feature-loaded car. Hyundai has always made sure that the Verna stays at the top of the game, at least when it comes to comfort and convenience. Would an enthusiast go ahead and get himself a Verna? The probability isn’t great but the stealthy black Verna featured here is a proper sleeper! It might look calm on the outside but reportedly, it puts down 180 HP on the ground!

This modified Hyundai Verna belongs to our reader Arnab J Baruah and features an updated ECU among many other mods. 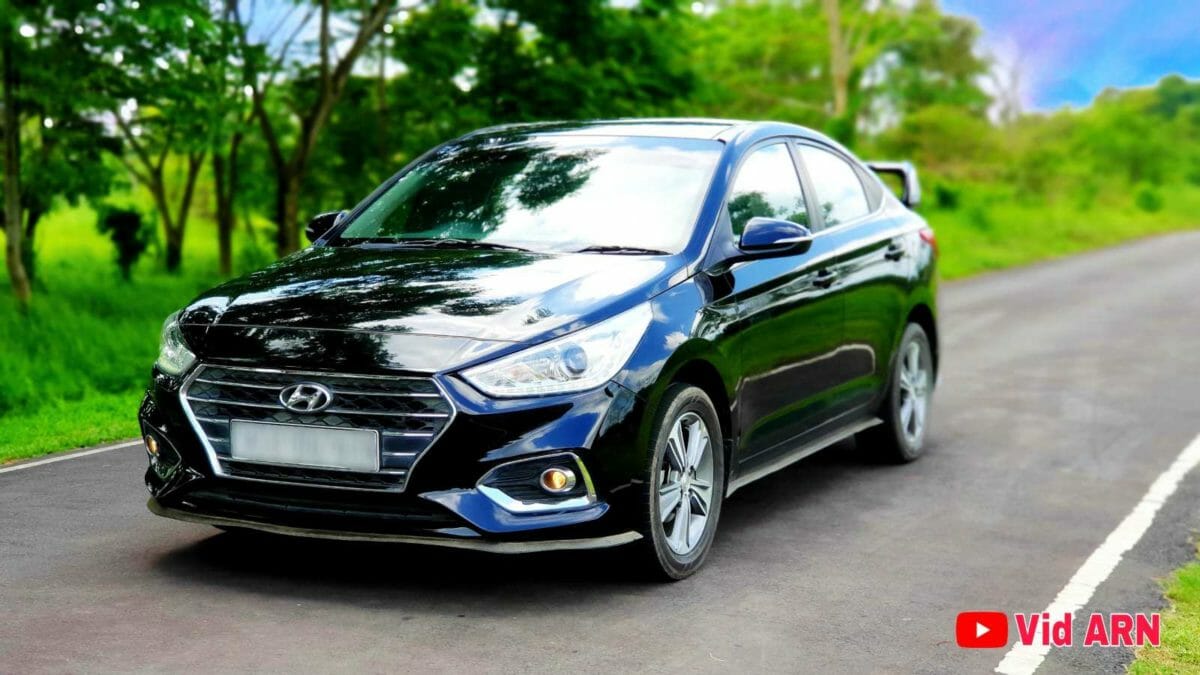 This is the previous-gen Hyundai Verna and doesn’t feature that many changes over the stock, when it comes to the exterior front. It does, however, features Novsight 45W LEDs which, according to the owner, lights up the dark roads like a bright sunny morning. Other exterior changes include the rear spoiler. It is definitely hard to ignore, given the humongous size of it. It also gets custom side skirts and front lip. 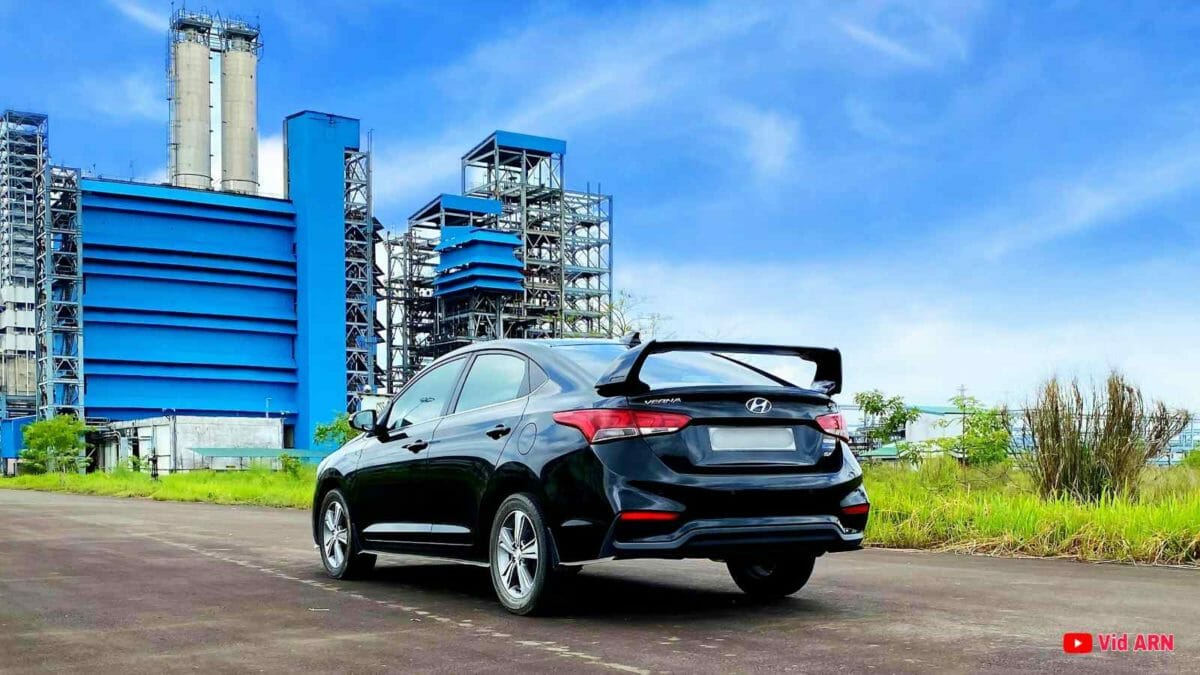 The car is draped in all black paint which seems to be the stock shade. We get the intent of the owner that why didn’t he go full funky on the exterior. He must have wanted it to look like a stock car, fool you into it and then smoke all the other cars in a straight line battle.

While its looks might be subtle, its performance, however, certainly isn’t. Coming to the performance front now, it features Dieseltronic ECU from Racedynamics which increases power and torque upto 30%. The claimed output stands at an impressive 180 HP. This is further assisted by a cold air intake and exhaust cutoff valve. 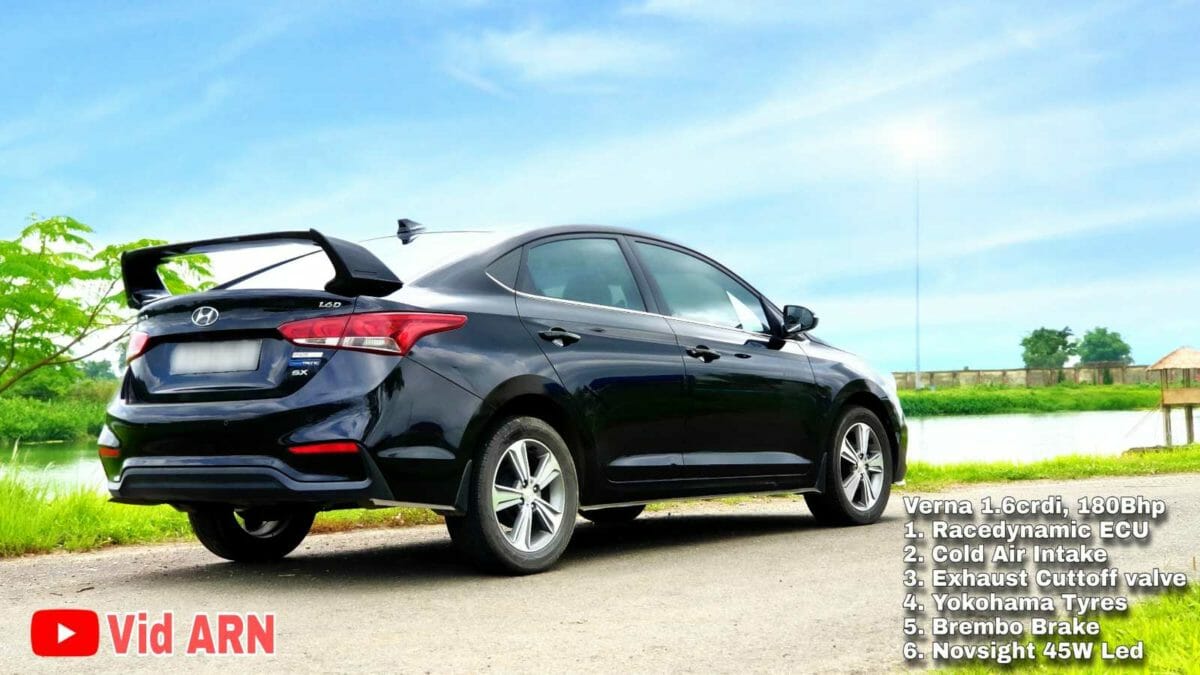 To put all that power down in a desirable manner, the owner has also thrown in a set of Yokohama 205/55R16 tyres. It only makes sense to upgrade the braking setup so as to deal with all the extra horsepower, right? Mr. Arnab played it smart and has included Brembo brake pads for enhanced braking. 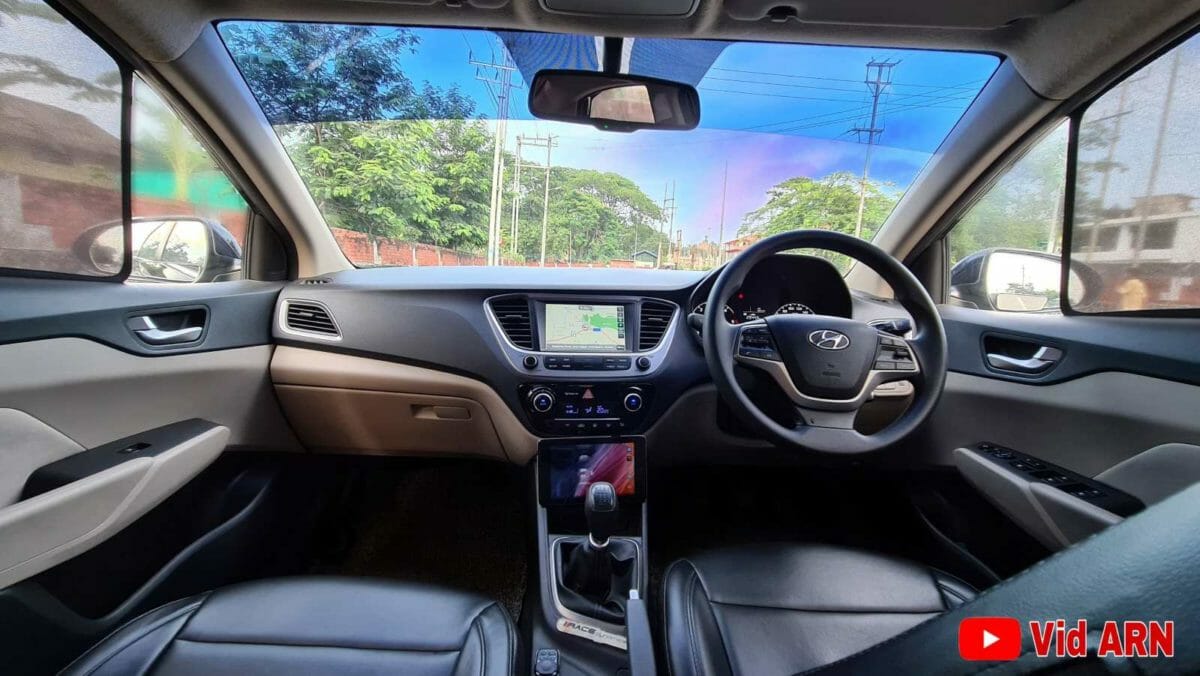 Also, to monitor the engine parameters, it also has an OBD II in dashboard display.