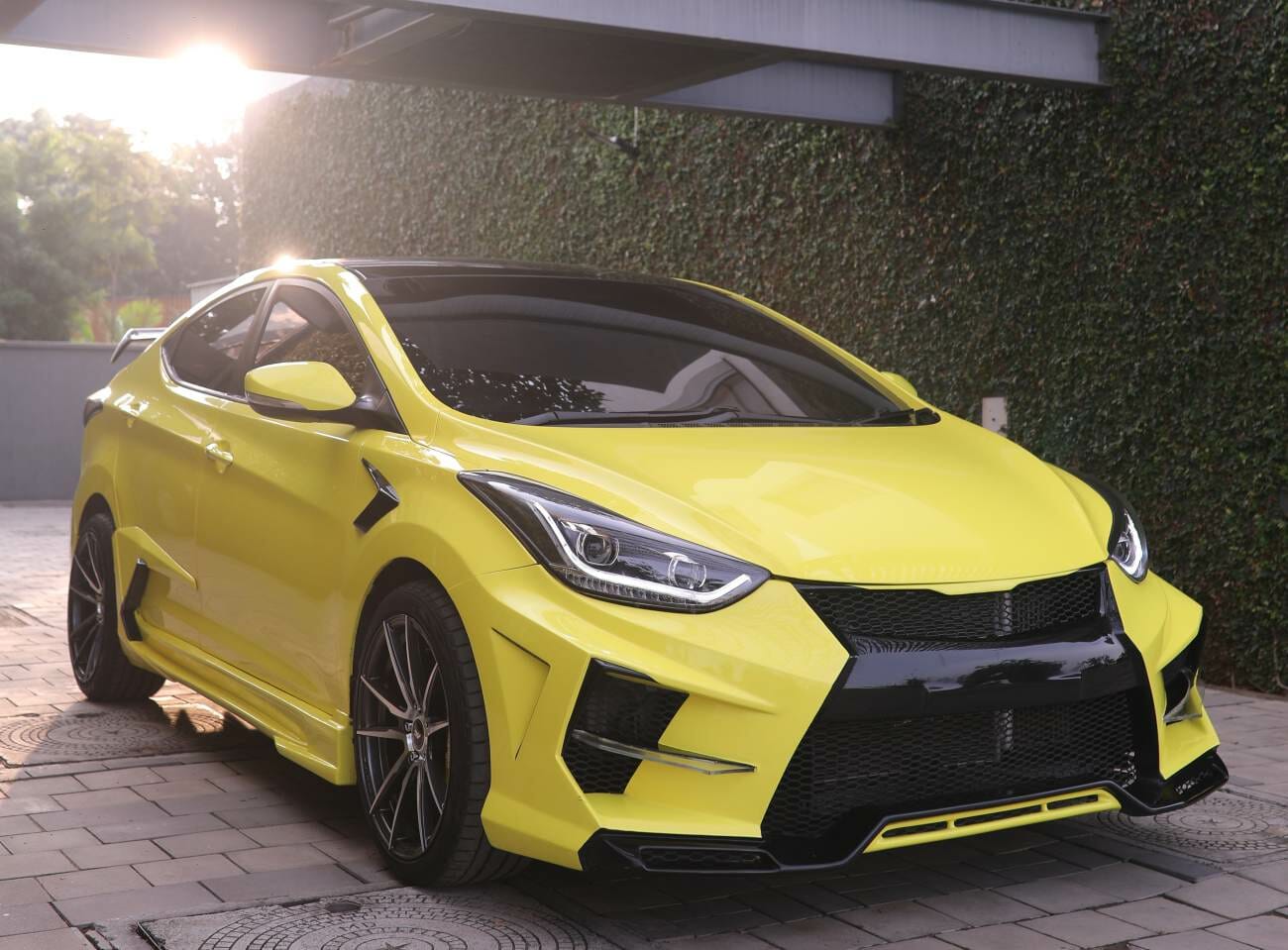 Hyundai’s fluidic design philosophy found many takers based on looks alone. The flowing and sculpted lines made sure that Hyundai cars stand apart from the rest of the crowd. The 2015 Elantra was one such sedan from the Korean carmaker. Even if it makes a comeback in its 2015 avatar, it wouldn’t feel out of place, at least when it comes to its looks. It featured a “wind craft” design, which, according to the Korean manufacturer, was inspired by nature’s contours, dynamic curl of an ocean wave, and flowing lines of canyon walls. 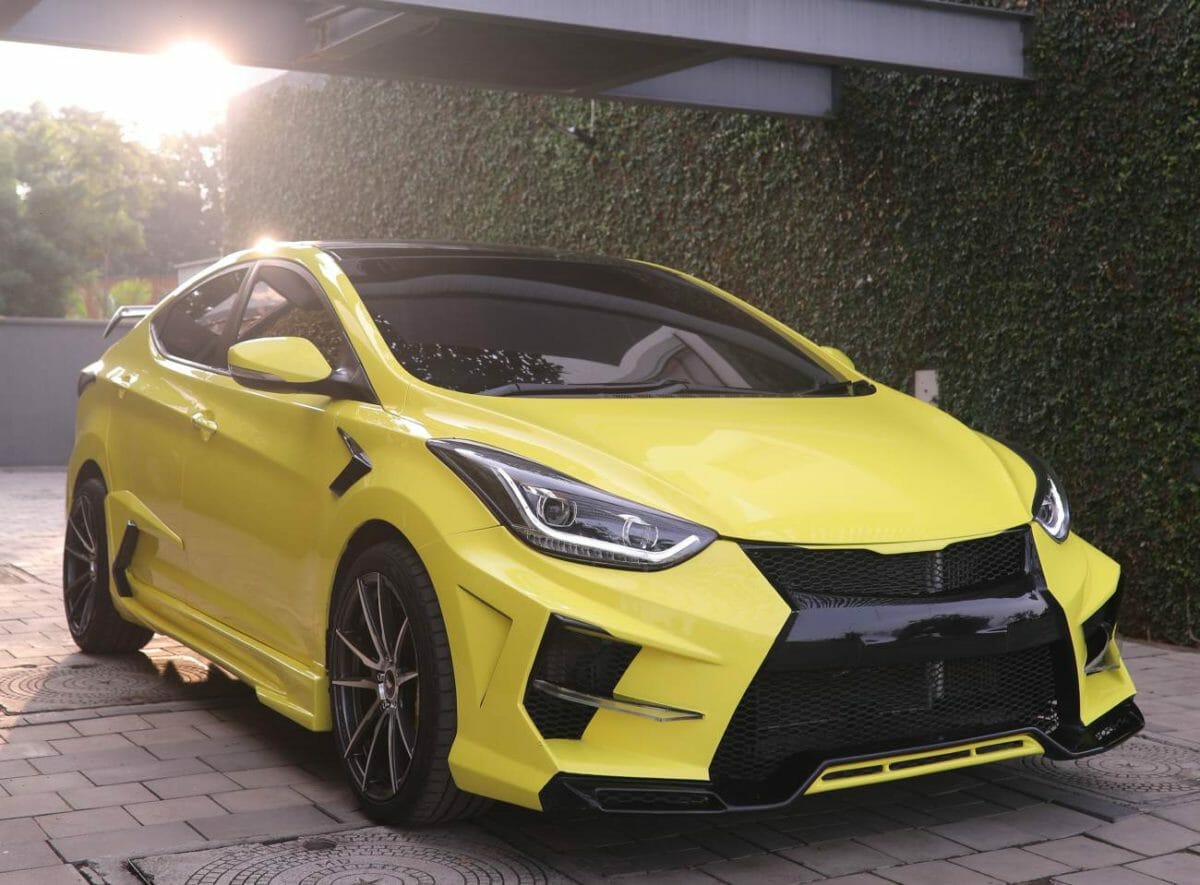 The body kit not only makes the fluidic lines more pronounced than before, but it also makes the Elantra look like a racecar which wouldn’t mind becoming a part of a high-end racing game. Draped in a bright shade of yellow, it is hard to ignore a car which looks so menacing. 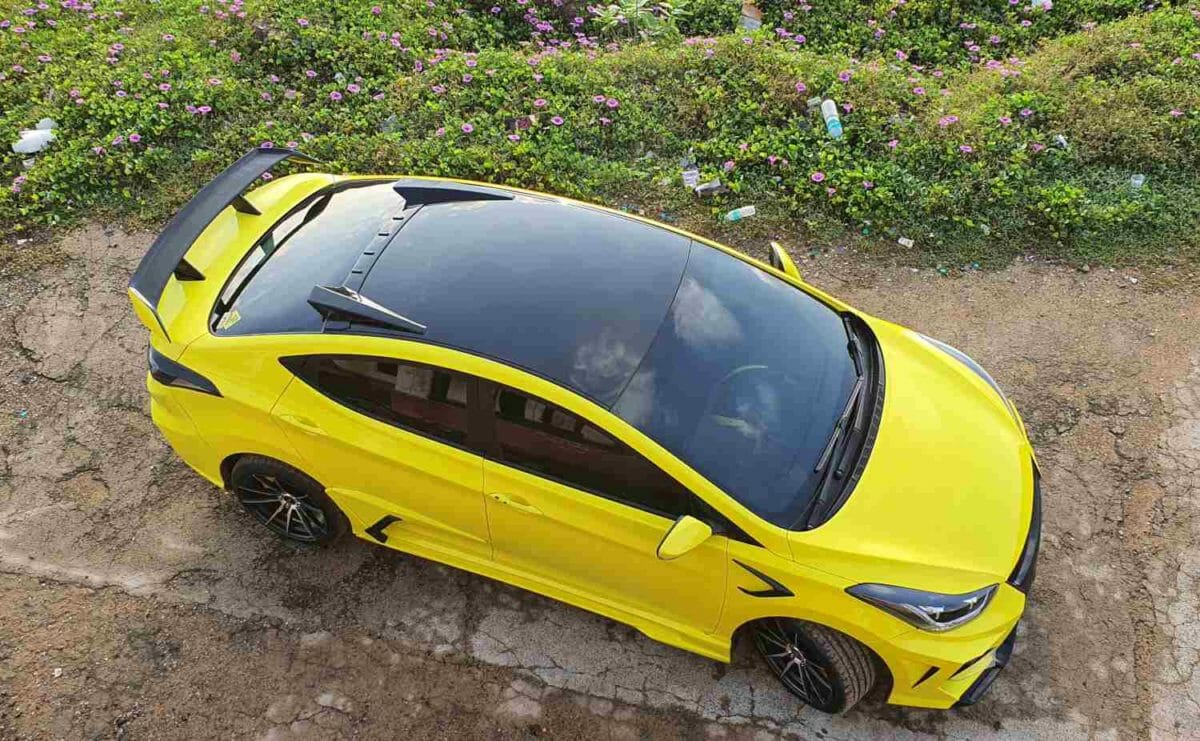 The contrasting shade looks even more pronounced with all the black detailing splattered all around. The front end is completely reworked and now features new DRLs, blacked-out grille and front splitters. The side profile deserves a special mention here because, well, air dams! We don’t know whether they are functional or not but we do know one thing for sure, they make it look a lot sportier than before. 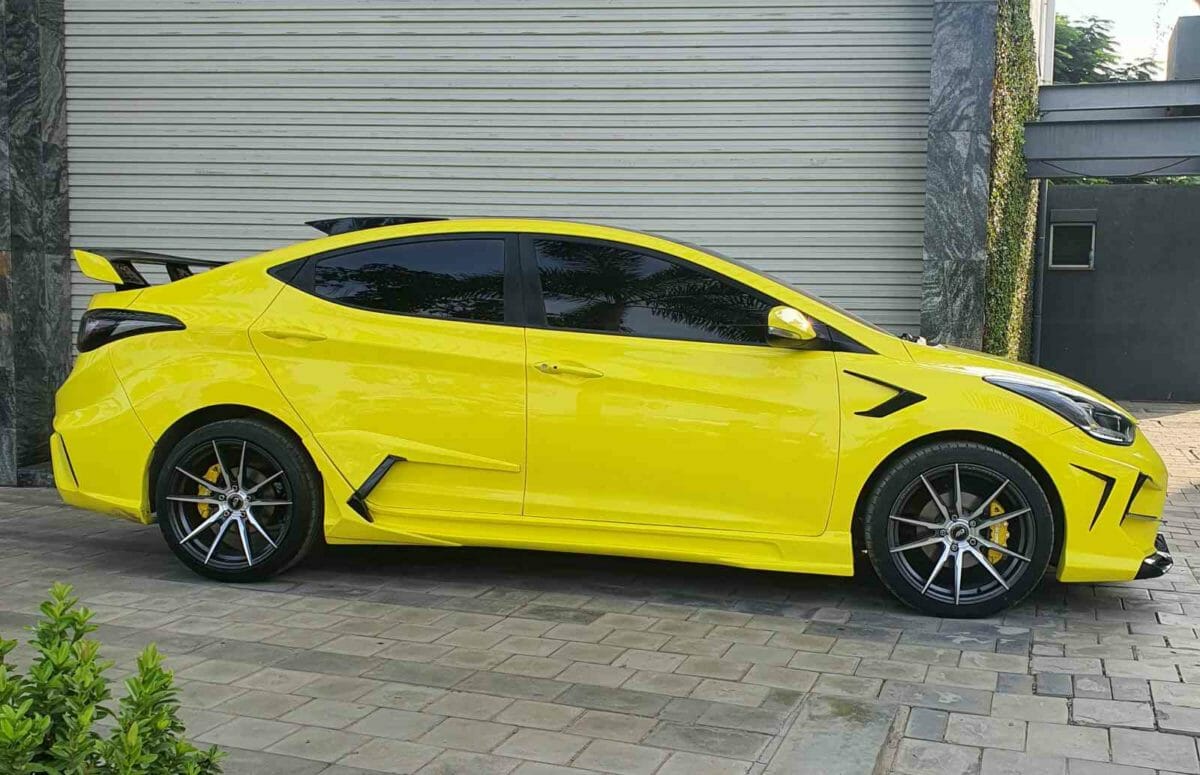 The alloy wheels are new as well and the brake callipers are painted in the same shade as the rest of the car – bright yellow. The roof is completely blacked out and also benefits from roof-mounted spoilers. The aero game is strong with this one! The rear end is probably the best angle to look at this Elantra as it gets a spoiler bigger than your dreams. Missing out on a diffuser would have been a sin and Mr. Vishal seems like a nobleman who didn’t! 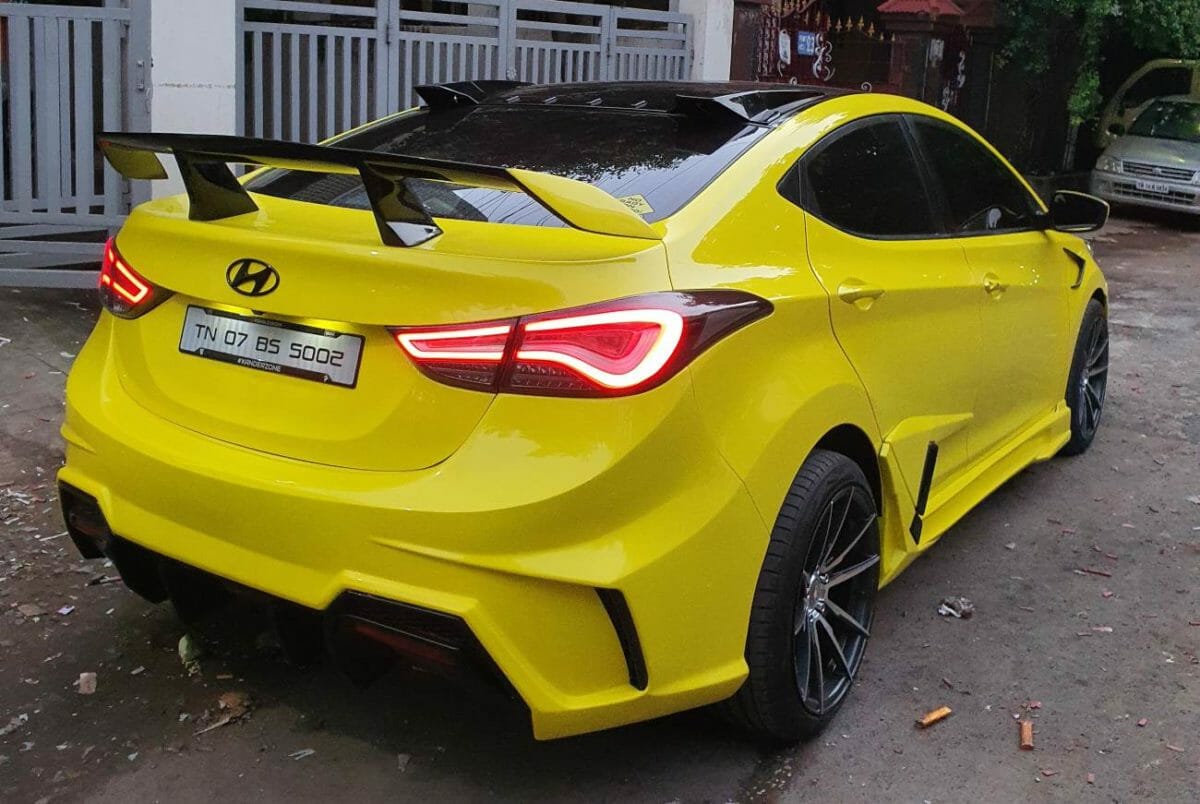 The rear bumper has a pronounced bulge, just like the rest of the car. The quad-exhaust setup at the rear complete the story. We have no word regarding the changes made on the performance front but we have heard that the interior of the car has gone through a major makeover too. 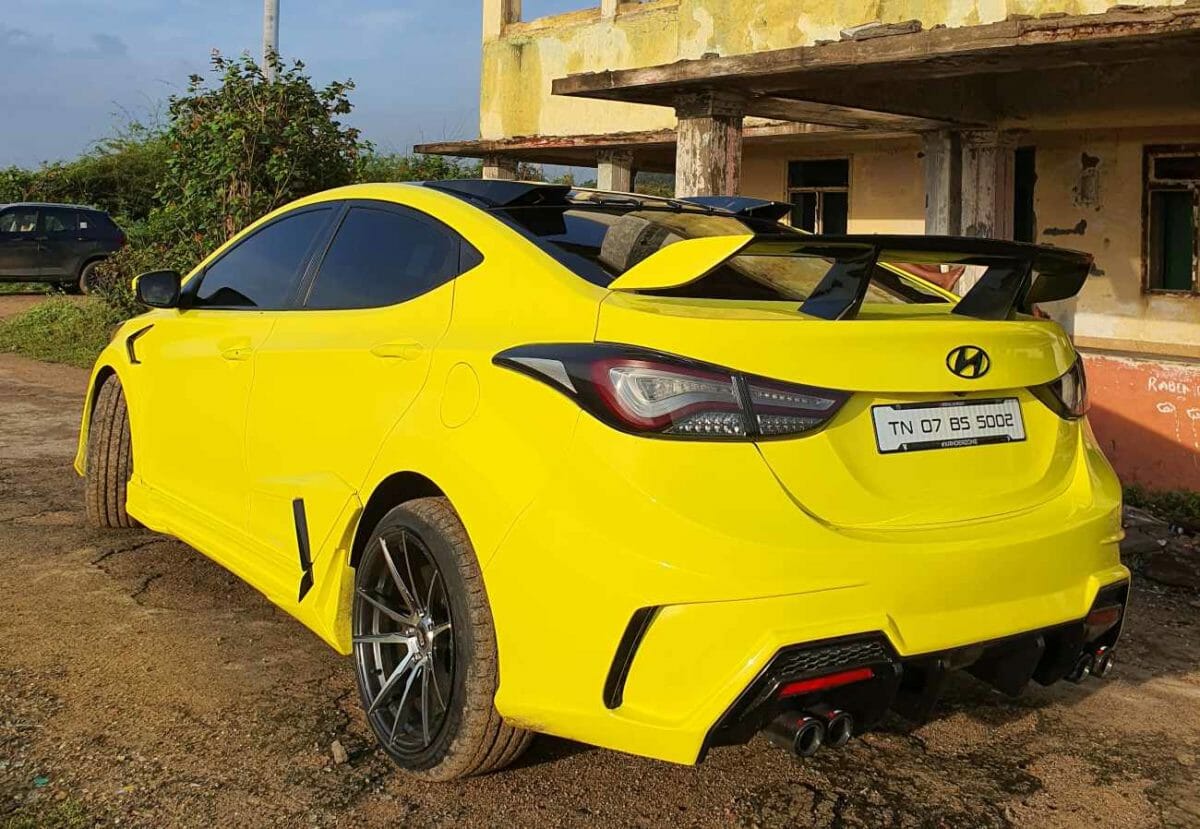