Bajaj Auto has officially started its electric journey with the new Chetak. However, the bikemaker is yet to fit a motor and a battery on one of its bikes. Called Indian Creative, a channel on YouTube has managed to do just that and has converted an ICE-powered motorcycle into an entirely homemade, electric Bajaj Pulsar. The DIY effort still retains the combustion engine’s crankshaft (with the connecting rod gone) and the cylinder head is replaced with a 500-watt electric motor. The conversion results in no other modification to the chassis or any other area of the motorcycle, although the exhaust system, as expected, was no longer required.

The end result of it all is that original gearbox and the clutch system still work and this electric Pulsar can even hit a top speed of 50 km/h. If you think that is low, it is still higher than many factory-made electric two-wheelers out there. The bike has been fitted with a 48v 24Ah battery, which ensures the motor finds its juice to spin. The maker suggests that this electric Bajaj Pulsar can run with two onboard and cruise at a decent speed. The power system delivers without lag and can propel the bike up a slope while carrying loads. The entire conversion was executed within 7 days.

Coming back to Bajaj’s official electric product, the Chetak completed its post-launch, 3,000 kilometre-long journey across Northern and Western India before returning to base in Pune. The scooter will be introduced in January 2020 in Pune and Bangalore first. Expected to be priced between INR 1 lakh – INR 1.35 lakh, the Chetak is being built at a state-of-the-art, dust-free, temperature-controlled facility at Chakan which boasts of a workforce comprising 80% women. The scooter’s construction is full of premium materials and it will be available in 6 colours. It features a horseshoe-shaped LED headlight with DRLs, feather touch-activated electronic switches and sequential scrolling LED blinkers. A large digital console displays vehicle information. 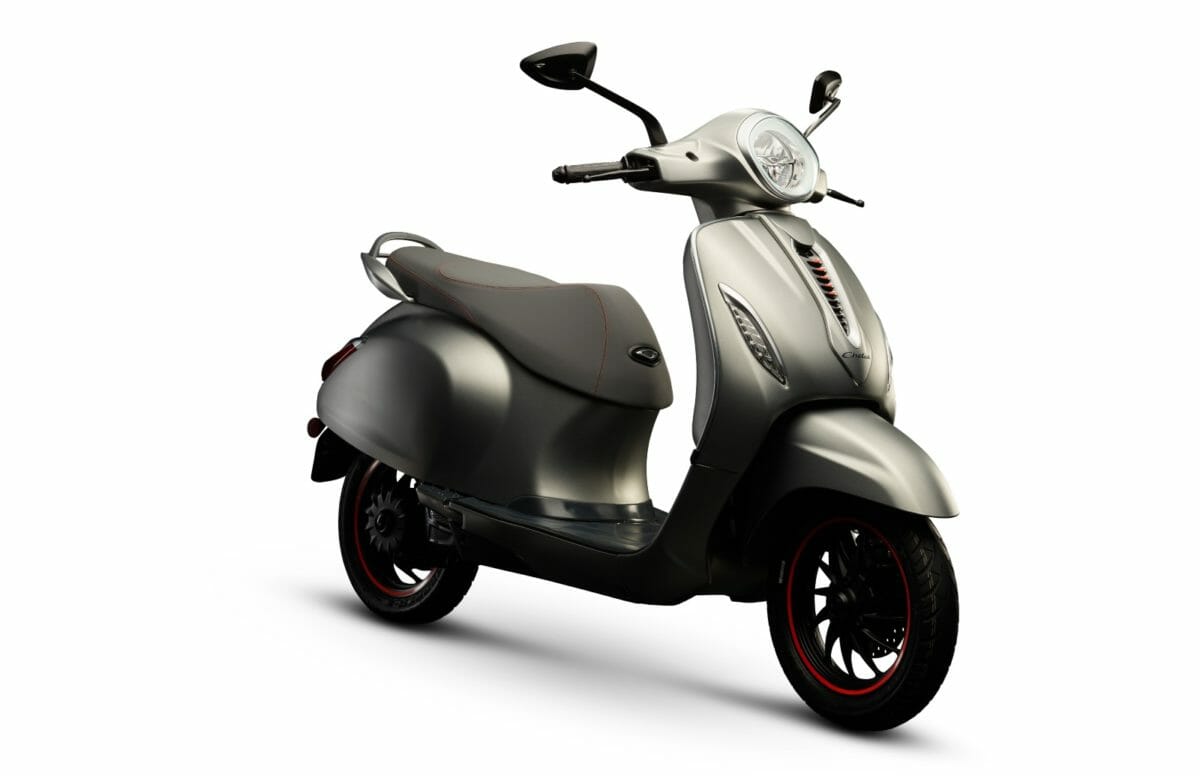 The electric Chetak is built upon a rigid frame clad with sheet metal body panels and a tubular, single-sided suspension. At the heart of the new Chetak is an IP67 rated high-tech Lithium-Ion battery with NCA cells, the battery is charged using a standard household 5-15 amp electrical outlet. The on-board Battery Management System (IBMS) controls charge and discharge for the batteries which power a 4kW motor. The Chetak offers 2 riding modes (Eco, Sport), a reverse assist mode and boasts of a claimed range of 85 or 90 kilometres depending on the mode it is ridden in.