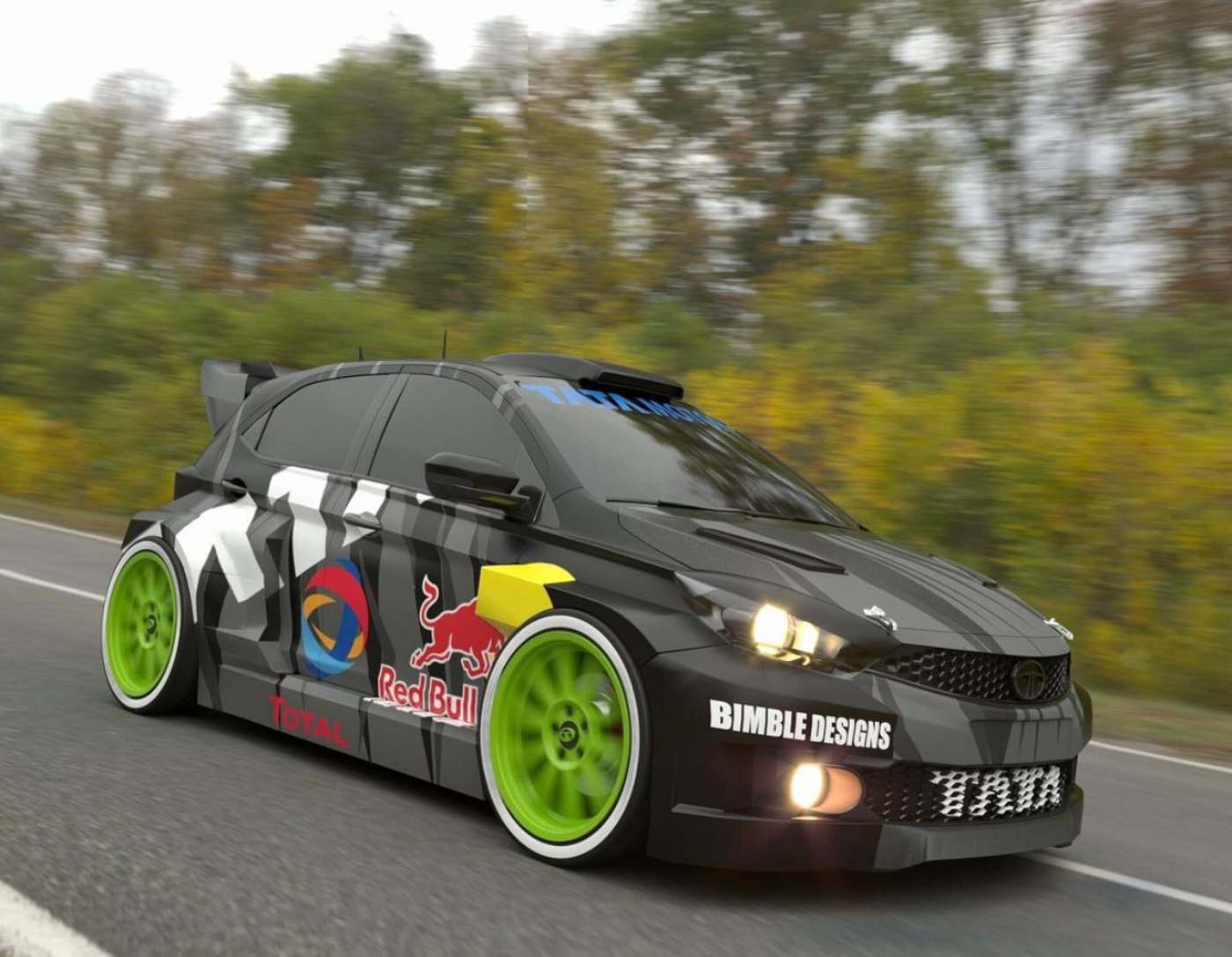 Tata Motors has certainly upped its game in the past few years and a major chunk of it has to be attributed to its IMPACT 2.0 design philosophy. Pratap Bose played a pivotal role in designing the cars and we all know how has that turned out. Be it hatchbacks like Tiago and Altroz or SUVs like Nexon or the Harrier, they follow the same design philosophy and are quite handsome to look at. Bimble Designs, an automotive design enthusiast, has created his own rendition of a rugged Tiago WRC Edition and it looks, umm… sick!

Although it is just a digital rendering, it shouldn’t be much of a problem to transform it into reality. We have already witnessed countless mod jobs that are more complicated and radical than this. 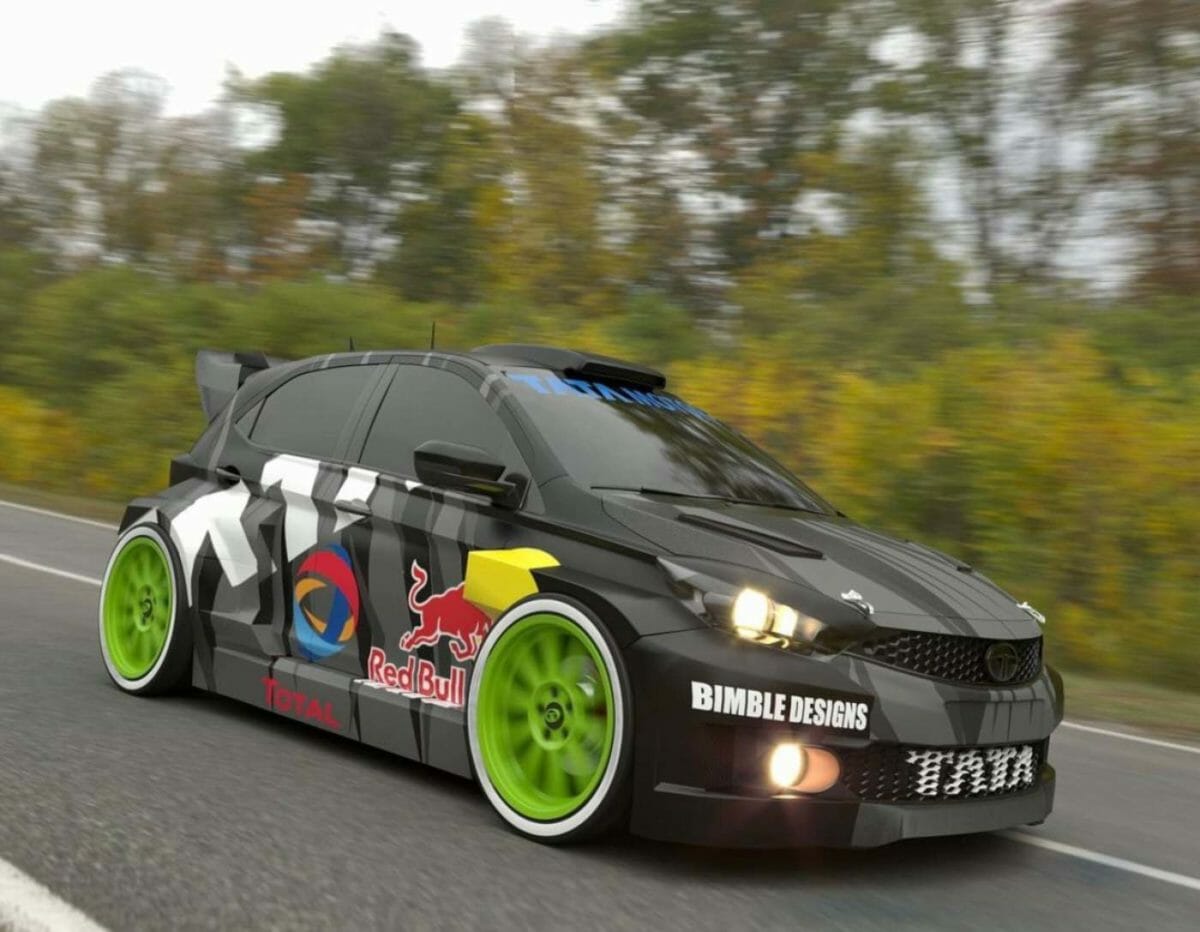 It comes draped in WRC-inspired livery. The overall shade of the vehicle has been kept a little stealthy with a perfect mixture of black and grey shades. The dark shade also helps the neon-painted wheels to pop out. The Tiago featured here looks lower than the standard variant that should assist the driver with more enhanced visibility. In a proper WRC fashion, the rear end features a huge spoiler to keep this little thing stable as it storms through the rally stages. The rear end is completely blacked out. 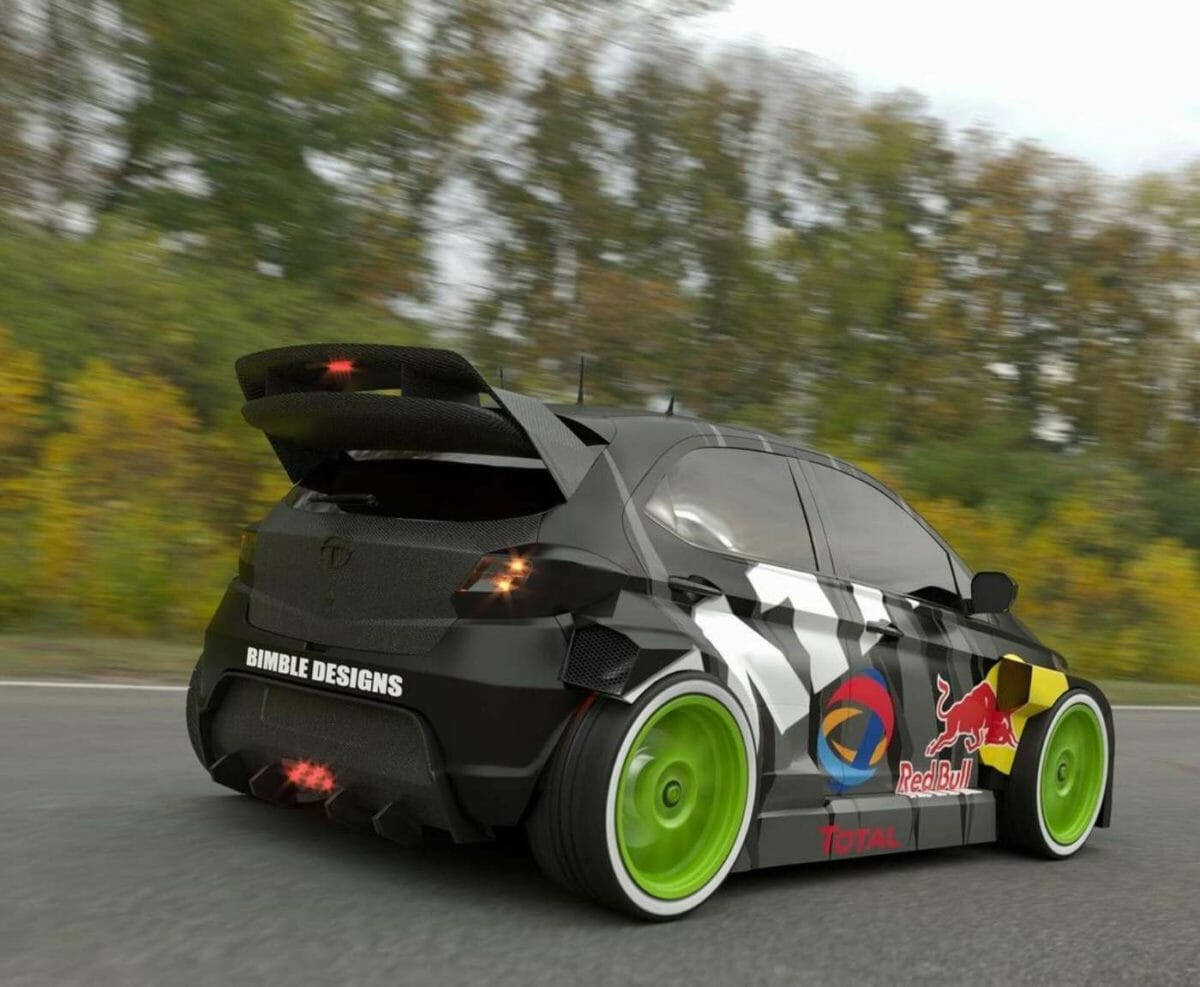 Coming to the other aesthetic bits now, the renderer has made sure to lend it that butch appeal that the standard Tiago misses out on. This has been achieved by the integration of widened fenders, rally wheels, hood pins and numerous vents. If we think in that way, converting a stock Tiago to something as radical like this shouldn’t pose that much problem. We just hope that someone gets inspired by this digital render and goes ahead with the modification. 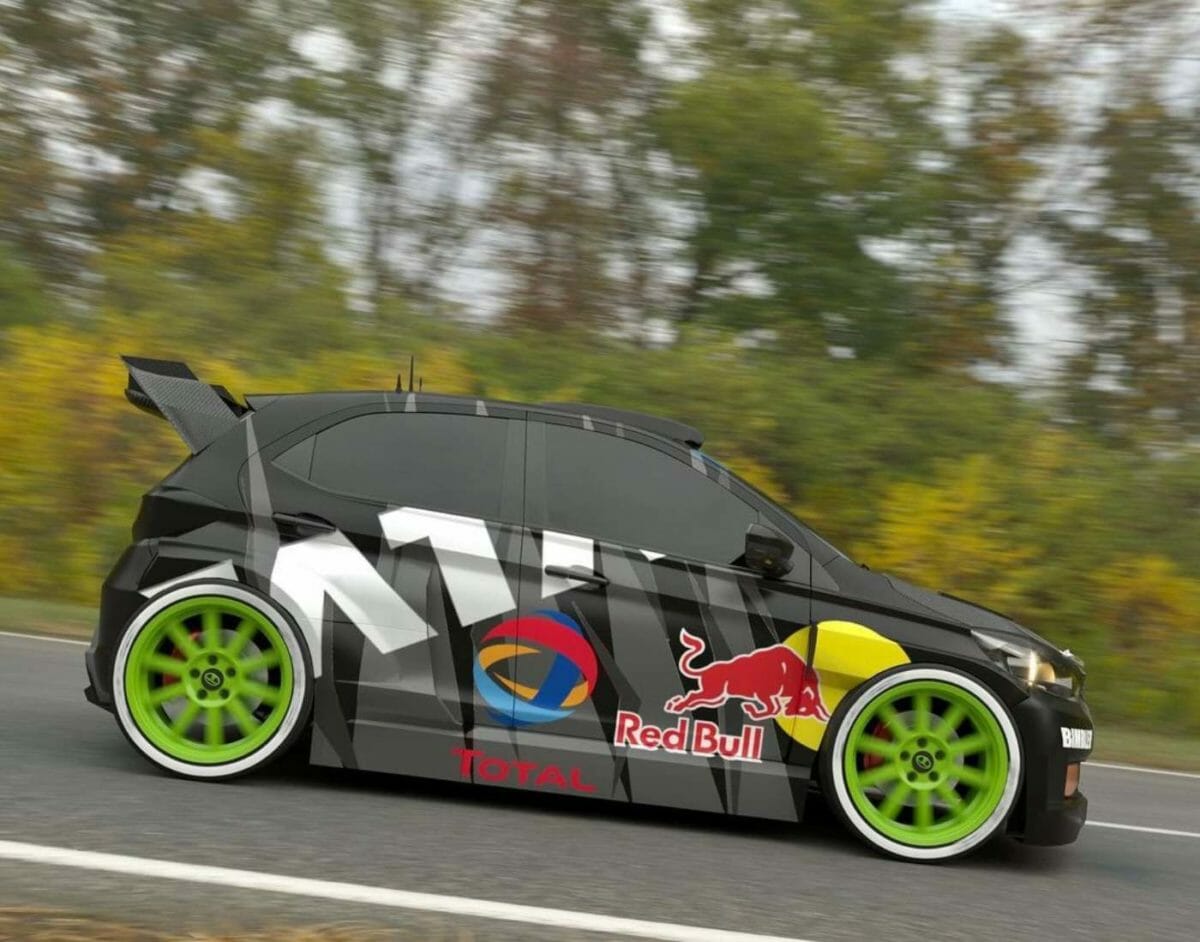 Talking about the mechanical bits, the Tiago BS6 gets a 1.2 Litre Revotron engine which cranks out 86PS of peak power and 117 Nm of peak torque. The Tiago is offered with either a 5-speed stick or an AMT gearbox with manual mode. In terms of features, the top-spec, fully-loaded variant comes with a touch-screen infotainment system with Apple Car Play and Android Auto, a Fully Digital Instrument Cluster, push-button start Stop and Auto AC. 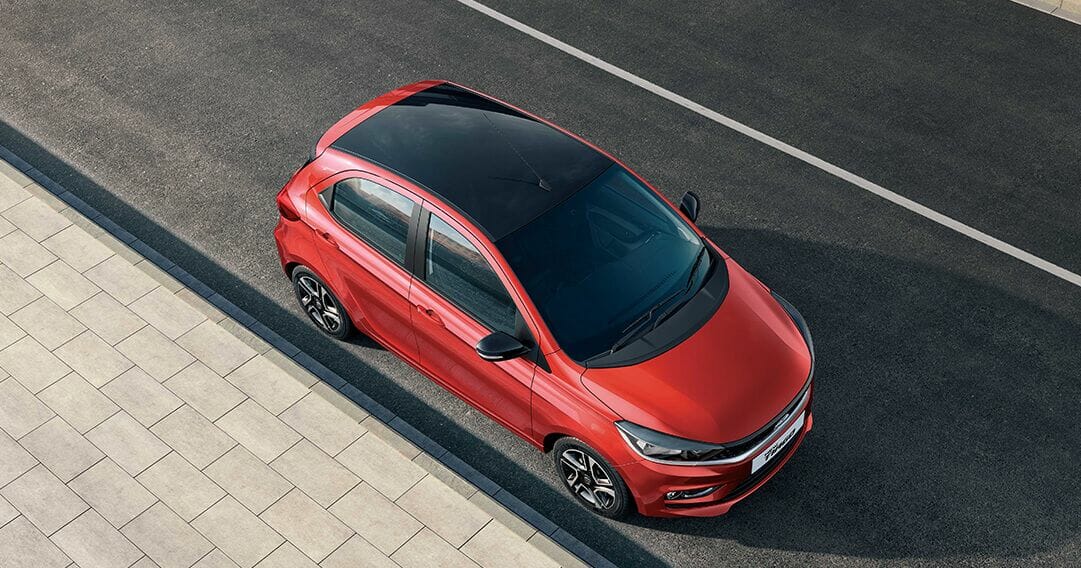