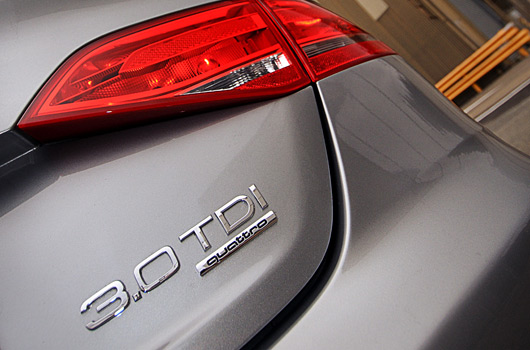 Having the balls to steal an Audi A4, is not quite enough. Research is the answer!

A bloke named Daniel Boxall learnt this the hard way. Daniel, who first stole the car keys from a woman named Caroline Lyons in London, made his way into the Audi A4 and zoomed past with his buddy, Richard Lloyd. Few kilometers of basking in glory, they realized they are running low on fuel. So, Boxhall drove into a fuel station, opened the fuel cap, ignored the big letters spelling DIESEL written on the inside of the cap and filled it up with petrol! Out of the fuel station and few meters later, the expensive and pretty Audi A4 choked on its liquids.

Oh and there’s more coming from the savvy duo! Scared, Boxall waved at the passing motorists and managed to stop one and offered to sell him the Audi for 100 GPB! That is $153, EUR 118 and Rs. 7, 650! Thankfully, the motorists had his head on his shoulders. He became suspicious on hearing that the Audi A4 is up for grabs for only that much and alerted the cops.

Boxall was sentenced this week to 180 days in prison, got his license suspended for 18 months and has a 12- month driving ban after his release. We hope, he takes lessons on stealing from other more experienced inmates while serving his sentence in prison.