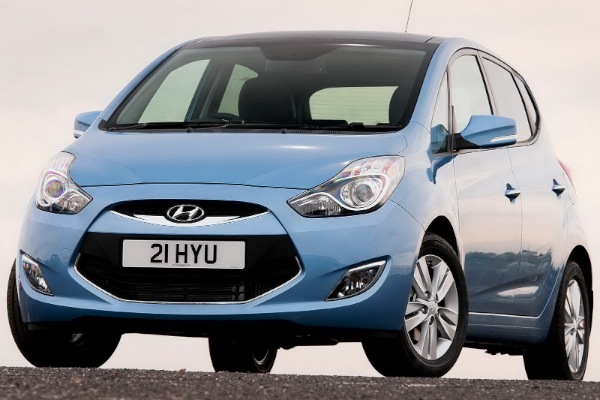 Hyundai, today released the first images of its new ix20 model, which was supposedly set for its international debut at the upcoming Paris Auto Show. With this new creation, the South Korean manufacturer has now stepped into the B-segment MPV class and there are good chances that Hyundai may introduce the new ix20 in India too, to compete with the Honda Jazz and the upcoming Maruti Suzuki R3 Mini MPV.

Designed at the company’s European Research & Development Center in Germany, the new ix20 is based on the Kia Venga’s platform. The engine range includes two petrol units- 1.4 litre which delivers 89 hp and a 1.6 litre which delivers 125 hp;  and a diesel unit with a displacement of 1.4 litre, which promises to offer exceptional mpg and CO2 emissions figure. The stop/start system aimed at cutting vehicle’s emission is also featured in the new ix20. Other standard features includes an air conditioning system, ESP, Bluetooth connectivity, etc.