Home News The Stig Vs BBC Verdict – The Stig Wins! 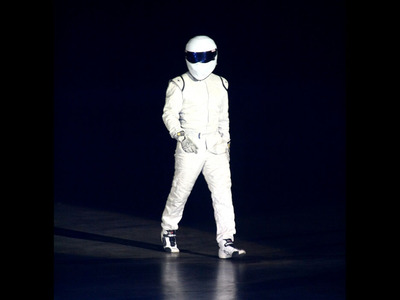 The story so far – In a nutshell, Ben Collins, the man very firmly believed to be ‘The Stig’, with evidence backing the aforementioned statement on more than one occasion, wanted to write an autobiography. BBC, got mighty pissed, as this act would be a violation of the contract between The Stig and the BBC and would also reveal the true identity of the current white Stig. Therefore, BBC first fired Ben Collins, wrote few emotional letters to the media, cursed the hoopla surrounding Top Gear Show, got stressed and dragged Collins to the courtroom.

And, the court hearing is done with the court ruling in the favor of Ben Collins! Which now means that, Harper Collins, the publisher of Ben Collin’s book will have no more interference or drama injected by BBC Worldwide and will go ahead and print the autobiography, titled ‘The Man in the White Suit.’

However, BBC still wouldn’t confirm or deny if Ben Collins is..errr was infact the popular man in the white suit since 2003. Psssst, Ben Collins was spotted leaving the courthouse shortly after the ruling was issued!