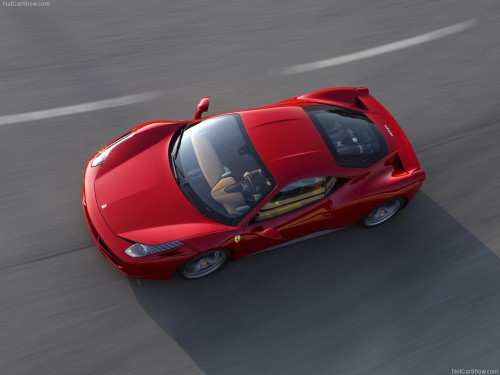 Precisely, six Ferrari 458 Italia’s were baked and seven others were ruined in crashes, in various locations arounds the world in the past few months. And we must admit, that we have forgotten, just how pretty an actual Ferrari 458 Italia looks. So to refresh, our memory, here’s  a pic…

Now, back to the mystery… Apparently, the cause for the fire fiasco in the exotic car, has nothing to do with its 4.5 lire V8 engine, as it was reportedly believed to be the source of origin by many experts. Instead, the culprit is the flammable glue used to hold the car’s inner protection of the fenders in place which sits very close to the exhaust. As a result, whenever the  458 Italia is driven for too long or too hard or both, the glue would ignite, causing the flames and turning the precious thing into ashes.

The wrong flammable adhesive is used in cars before July 2010, which means a total of 1, 248 Ferrari’s have been recalled from across many parts of the world. The technicians will now be replacing the adhesive with metal fasteners, which will take about half a day to get fixed.

So, it seems like the prancing horses will be hoping back to their Mommy in the week ahead for a quick fix.