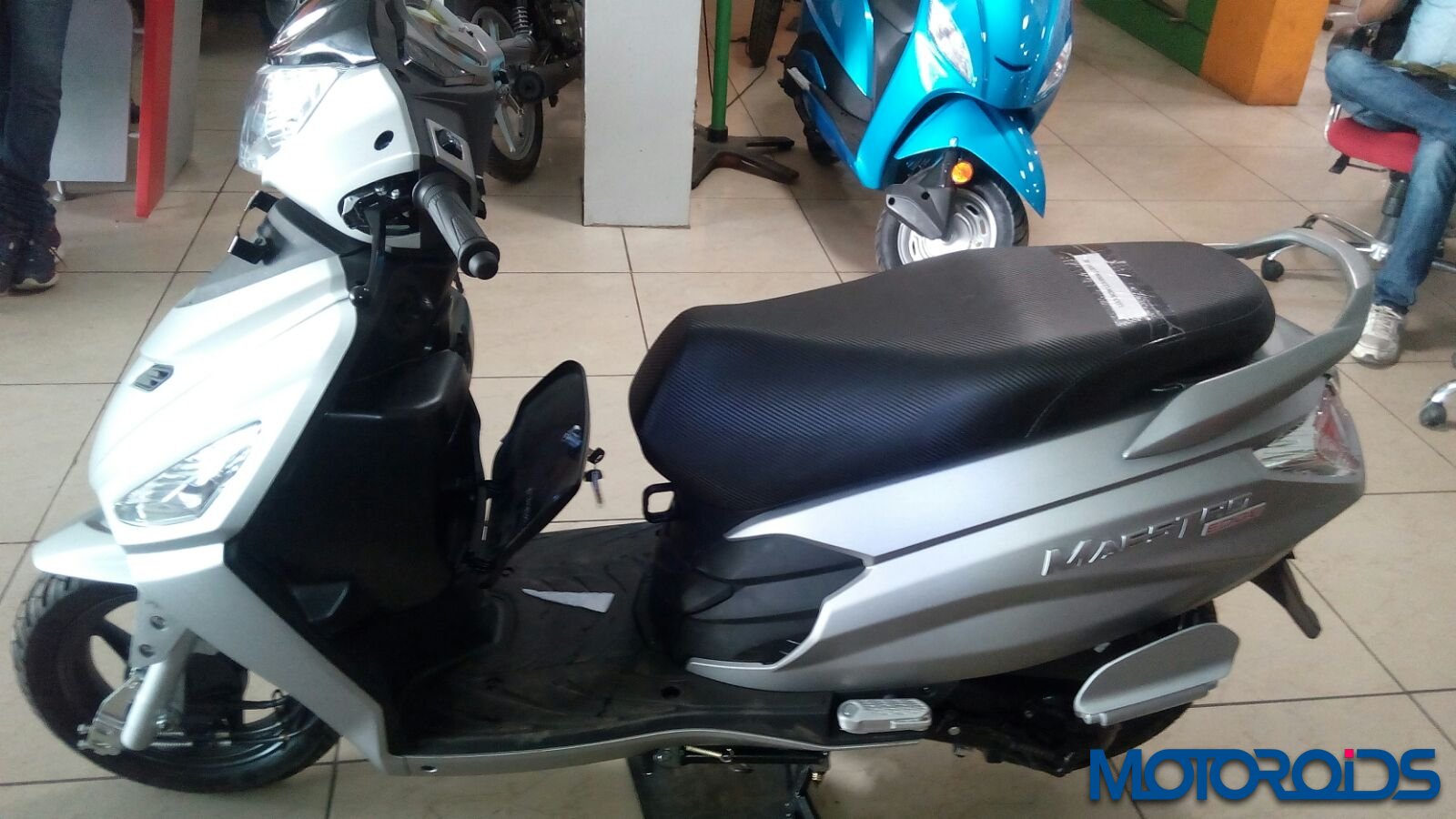 Eyeing the likes of the popular Honda Activa 3G and the 125, Hero Motocorp had confirmed and showcased a 125cc autoscoot Hero Maestro Edge launch for 2015 to a few dealers in Italy in June this year.

One of our regulars has managed to spy snap the much speculated Hero Maestro Edge scooter at a dealership. To start with the biggest visual changes on the new Hero Maestro Edge are the front telescopic suspension and five spoke alloy wheels. Other differences include a redesigned digital-analog meter console, refreshed headlamps with a more upswept biking fairing, twin faux air scoops on either sides of the front apron as against a singular centered unit on the regular model. The turn blinkers are slightly larger in size and the switchgear is now placed over body coloured panels on both sides. 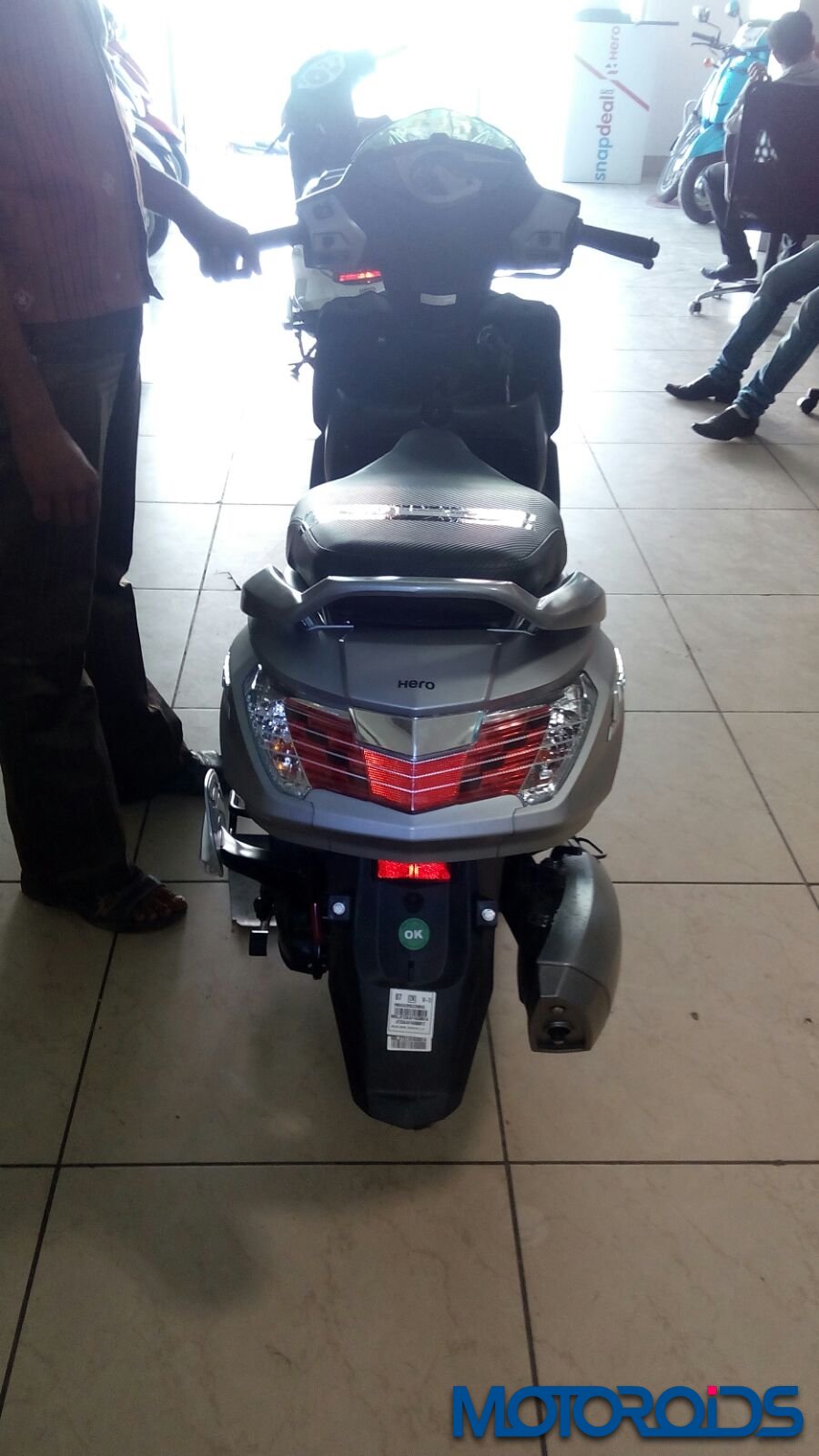 The rear panel has also been refreshed with a 3D emblem and bolder cuts adding a masculine intent to appeal to the targeted segment of buyers. The two way hold feature of the grab rail on the earlier has been replaced by a new and equally huge unit. The unified tail lamp-blinker combo is wider and sharper than the earlier design extending an enhanced modern touch. The exhaust looks stubby than the previous vertically styled unit with a larger heat shield wrapping the entire unit from the outside. Adding a concluding line after scrutinizing the overall design, we’d say that the Hero Dash showcased once upon a time is actually the new Hero Maestro 110cc. 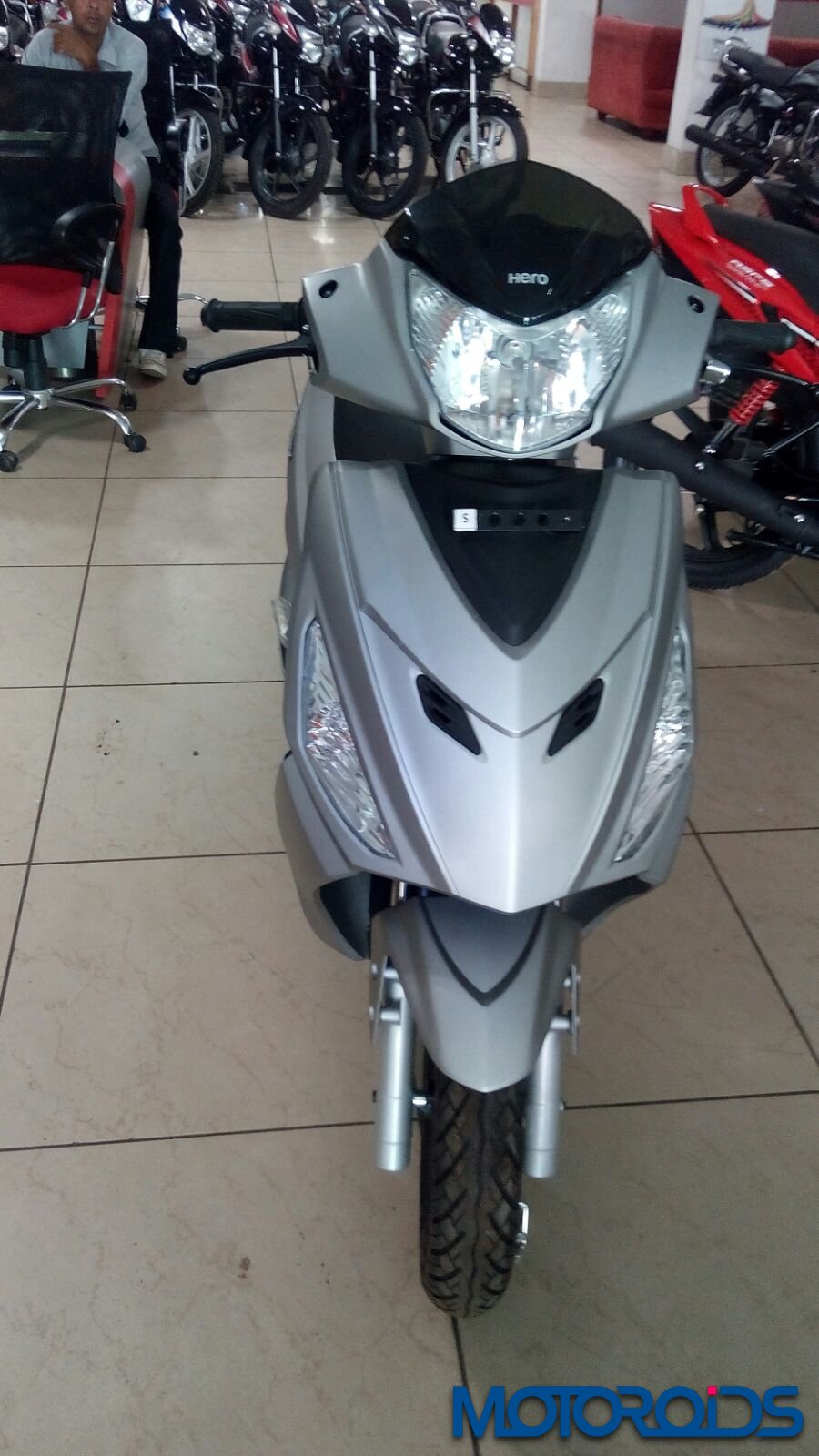 The Hero Maestro Edge 110cc scooter will be actually be powered by a new air cooled 110cc engine (against the rumoured 125cc) producing around 8 bhp of max power and 8.5 nm of peak torque. The combined braking system has also been retained from the regular Maestro.

Since the scoot has been spotted at a dealership, expect the bookings to start shortly post the launch party.