Home Honda The new 2014 Honda Jazz (Fit). All the details 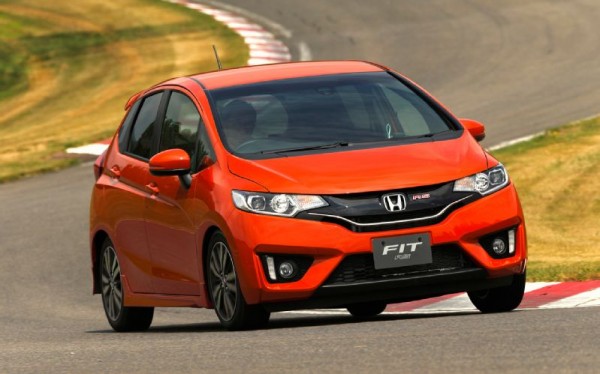 Details of the much discussed new 2014 Honda Jazz aka Honda Fit have finally been revealed by Honda.

As can be seen in the images, the new Jazz looks very similar to the car that we saw in the allegedly leaked brochure images of the new car.

Honda reportedly benchmarked the very popular Volkswagen Polo for the development of the new Honda Jazz. With the arrival of its latest iteration, the Jazz has grown 60mm in length, with most of the extra length going in the rear legroom space and the boot (which has now grown to 400 litres).

The new gen 2014 Fit/Jazz will go on sale in Japan in in September this year and it is expected that the new car will set its foot on Indian soil in early 2014. The India spec 2014 Honda Jazz, in all probability, would come with both petrol and diesel engine options.

The new 2014 Honda Jazz will go on sale in international markets with four engine options, viz.:

Talking about the new Jazz, Honda’s Senior Ride and Handling Engineer, Terumasa Kotada said, “In upping our game, we wanted to make a stronger international competitor, so we benchmarked our Fit on the Polo. The moment you get in the Polo, you notice how low you sit in the car. This instills confidence. And then when you drive the Polo, you notice how low its roll center is and its huge stability levels, instilling even more confidence. To get our desired result, I tested the car extensively on the autobahns in Germany.”

Go to next page for image gallery