Home Benelli The Leoncino 500, Benelli’s Next Bike For India Is Ready To Roar

Benelli, ever since it made a comeback, has launched two new motorcycles, the TRK 502 and the TRK 502X in our market. Along with these new adventure tourers, the company is also selling a number of other bikes, which were on sale prior to its temporary disappearance. This includes the likes of the TNT300, the 302R and the TNT 600i. The company now seems to be getting for their next product, the Leoncino 500. This scrambler styled motorcycle was announced to be the next product for the Indian market during the launch of the new TRK 502. Going by various reports on the internet, the bike would be available in showrooms by August. However, ahead of its launch, Benelli has been uploading teasers on its social media accounts.

While the Leoncino is offered in three different variants in international markets, Benelli is quite likely to get only one, the standard variant, in our market initially. If the response is appreciable, it may consider offering other variants, the Trail and the Sport. This scrambler would share the same powerplant as the new TRK adventure tourers. The 500 cc parallel-twin engine is capable of producing 47.5 hp of peak power and 46 Nm. Maximum power is obtained at 8,500 rpm while peak torque comes in early at 6,000 rpm. Power would be sent to the rear wheel via a 6-speed transmission. ABS would be offered as standard with dual discs up front and a single unit at the rear. 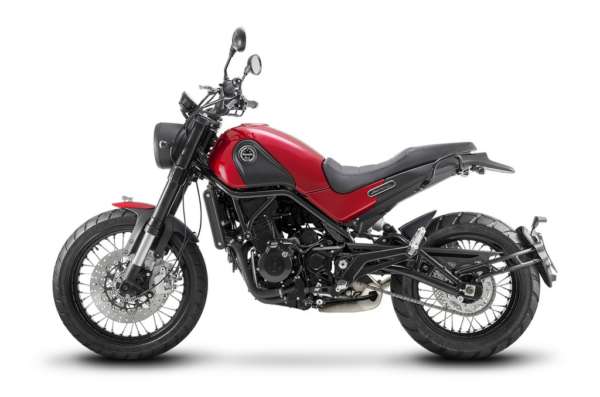 The bike will also come with an upside-down fork at the front and a pre-load adjustable monoshock will be offered at the rear. The Standard variant of the scrambler is offered with 13.5-litre fuel tank and being the more road-biased model, is very likely to come with alloy wheels, measuring 17-inches at both ends. In terms of pricing, the Leoncino is expected to be placed below the TRK 502 which is priced at INR 5.1 Lakh, marking the entry point in the brand’s 500 cc range. Stay tuned for more news around this upcoming scrambler.