The world of fast, practical 4-door saloon cars is growing at an exponential rate. The title of the fastest car in this category goes to the exclusive Jaguar XE SV Project 8, which has been limited to a mere 300 units worldwide. Under the hood is a mighty 5-litre, supercharged V8 engine, generating 600 PS. This engine gives the Jaguar supercar-like performance, touching 320 km/h and reaching 100 km/h in just 3.7 seconds. After conquering the challenging 20.8 km Nürburgring Nordschleife in Germany in November 2017, followed by California’s Laguna Seca Raceway in September last year, the Jaguar visits the Dubai Autodrome. This saloon lapped the 5.39 km Dubai Autodrome GP circuit in 2 m 18.81 s, making it the fastest four-seater, four-door saloon car around the circuit. 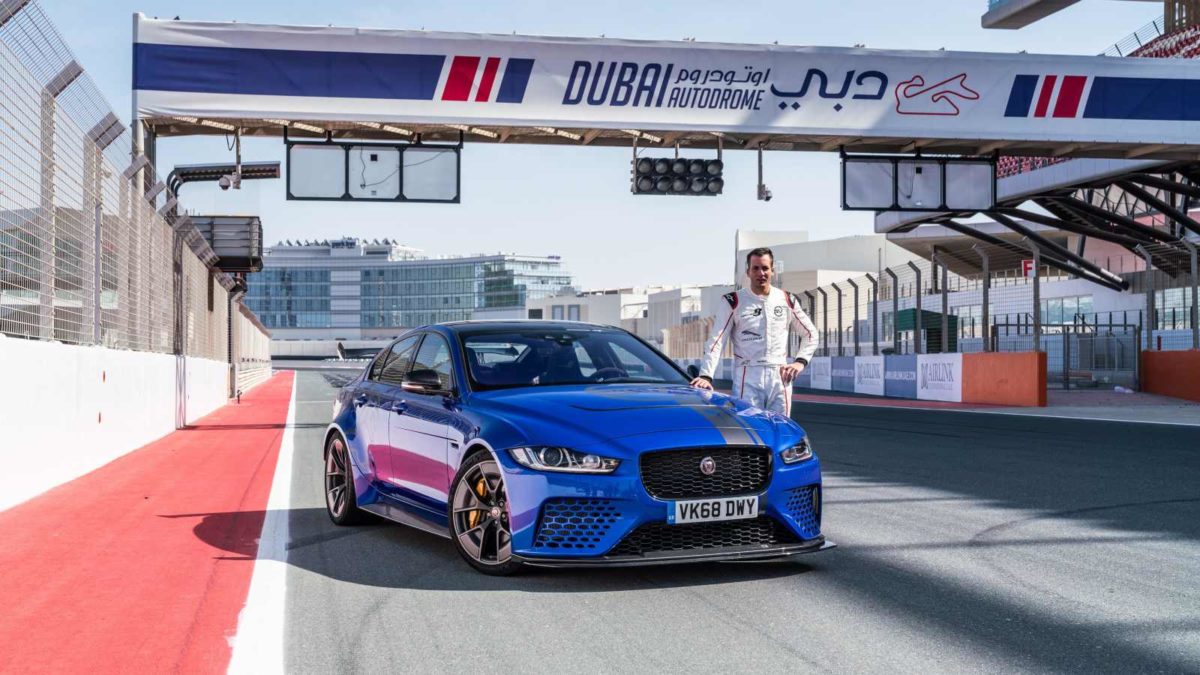 Salman Sultan, Regional Public Relations and Social Media Manager said: “The Nürburgring is a well-worn test bed for manufacturers to challenge themselves against the competition but that is only one track. With the Jaguar XE SV Project 8, our aim is to definitively prove that it is the fastest four-door saloon in the world by setting records at several tracks around the globe under different climatic conditions and surfaces. We are thrilled to have the car in the UAE and felt it is important that the Dubai Autodrome, which is a world-renowned great circuit, added to the list of records set by this powerful car. This Dubai Autodrome lap record is another powerful demonstration of the Jaguar XE SV Project 8’s high-performance credentials.” 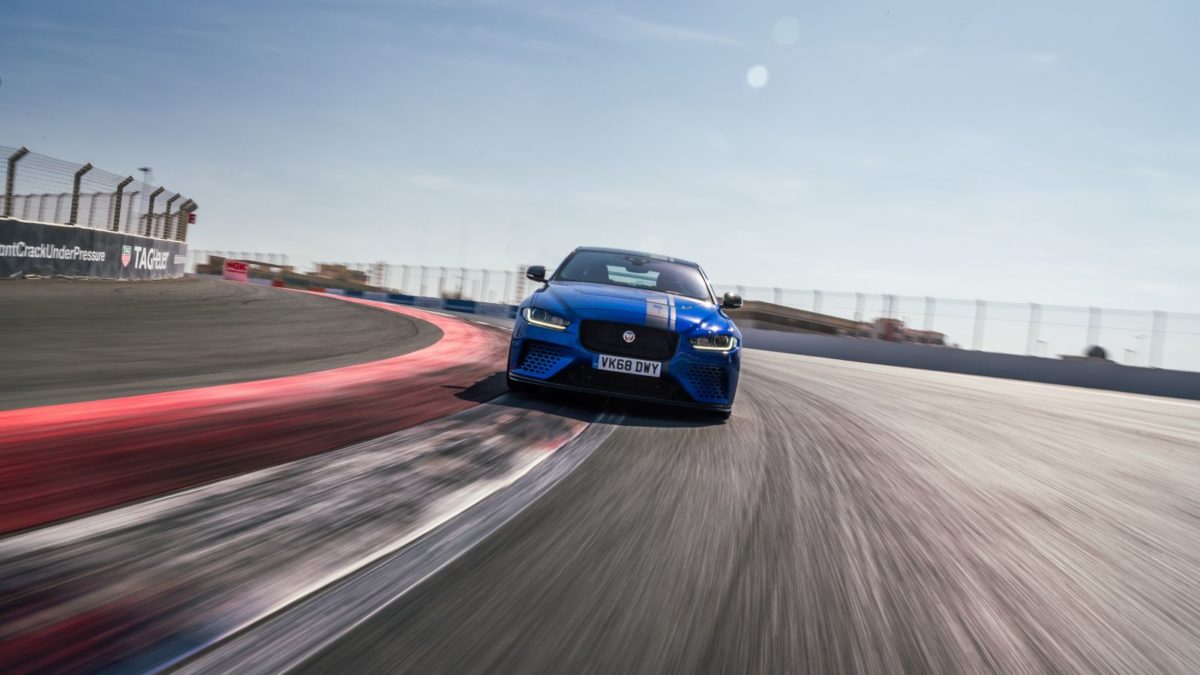 Faisal Al Sahlawi, Dubai Autodrome General Manager said: “We congratulate Jaguar for the new record and we look forward to the next World Record achieved at the Dubai Autodrome. The Dubai Autodrome is an FIA sanctioned Grade 1 circuit which has run many of the top categories of racing from around the world including most famously the Hankook 24H Dubai every January since 2006 while other noticeable motorsport events have been the FIA GT Championship, FIA F2 Championship (formerly known as GP2) and various Touring & Super Car championships. Our circuit contains six different configurations and presents users with unparalleled options, all meeting the strictest safety standards while also located in the popular community of Motor City, Dubai.”