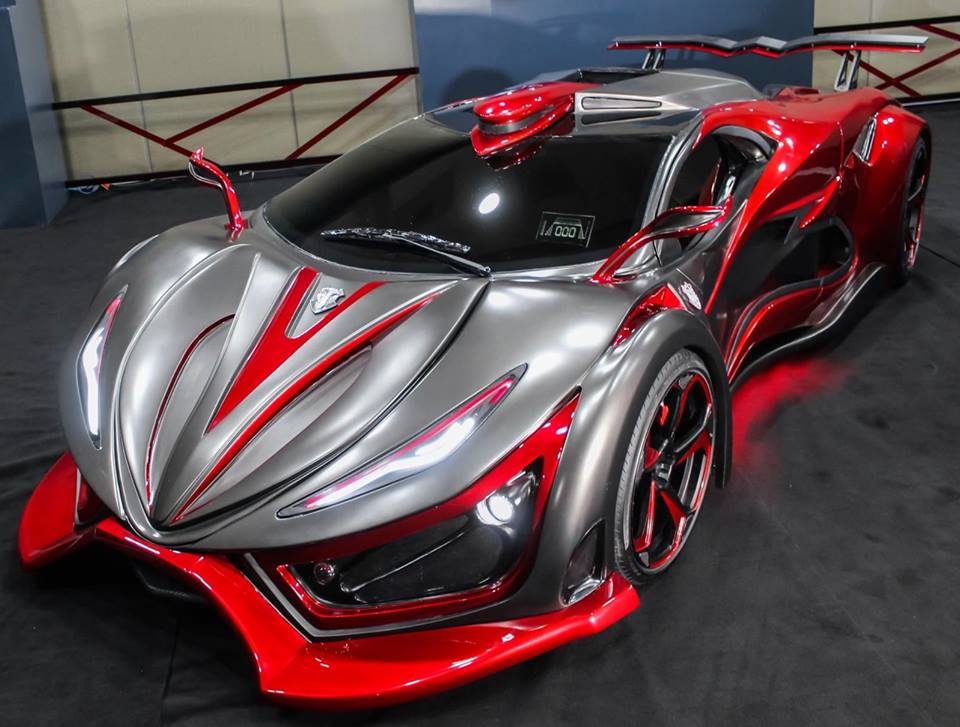 One of the things that come to your mind first when you see the above image is the fantasy driven design of the car. The design of the Inferno Exotic Car can be described as awful if not hideous. The front splitter kissing the weirdly shaped bonnet, the ugly roof scoop that overlaps the front windshield or the headlights which are unusually situated on the front bumper expose the confused state of the designer. The flame themed body-work that runs down from the posterior of the car till the front wheel arches in a shade of high-gloss red further deteriorates the car’s aesthetics. Giving the flames a miss and putting up a sleek but sportier shaped design to the car would have worked wonders in our opinion.

The Inferno has been designed by automotive engineer Antonio Ferraioli who is currently employed at Lotus Cars and is known to have collaborated with Lamborghini. The website describes that the car was built by engineers, scientists and entrepreneurs and brands from Mexico, Italy and the United States. The car has a ‘love it or hate it” design that features a two tone paint-job, five spoke wheels by ADV.1, a twin strip tail light, a huge rear spoiler, a five tailpipe exhaust system and ORVM that seem to be inspired from the La Ferrari.

The Inferno is powered by a twin turbo V8 engine with a monstrous power output of 1400 hp, 200 hp more than the Bugatti Veyron Super Sport and 240hp more than the Koenigsegg Agera RS while the torque of the Inferno stands at 908 Nm. The car is said to reach speeds of 100 km/hr from a standstill in less than 3 seconds and supposedly attains a top speed of 395 km/hr (245mph). It is able to achieve the aforementioned top speed with the help of light material used in its bodywork known as ‘Metal Foam’.

Metal Foam is a mixture of aluminium, zinc and silver that can stretch to 100 times it original size without affecting its properties. The material not only reduces weight and fuel consumption but also absorbs a greater impact in case of a crash. The material’s strength is compared to that of a commercial armoured vehicle, but with a big difference in weight.

The car will be produced in Italy as the team recognized the fact that the kind of proficiency and knowledge needed wouldn’t be available at Mexico where the car was completely developed.

What do you think about the car? Hot or not? Tell us your views through the comments section.