Home Honda Honda CR-V with 7 seats in the works; to be more premium 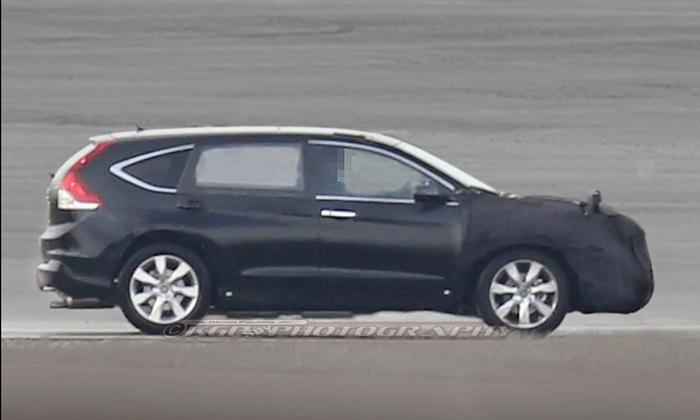 The next generation Honda CR-V is expected to gain a third row of seats for markets like India. A recent spy image, shared by Automotive News confirms this news. In its next generation, the urban SUV is set to grow longer to accommodate a third row of seats. Reports from Autocar UK also suggest that it’ll be re-positioned as a more premium product, something that’ll battle it out against the likes of the Land Rover Discovery Sport and the Volvo XC60 premium SUVs.

The image of the pre production prototype shows a fully camouflaged front end with bolt on, makeshift headlights. The increase in wheelbase and overall length is quite evident as well. We believe that most of the body panels seen on the prototype will not make it to production, as their resemblance to the current generation model is uncanny, and their presence may very well be a careful disguise.

The next-generation CR-V with 7 seats makes sense for markets like India, where having a third row of seats is considered as a SUV/MUV/MPV’s USP. However, it seems highly unlikely that the new CR-V with 7 seats will be made available in the US, where this prototype was spotted, as Honda has other options like the Odyssey and Pilot to cater to customers looking for a 7-seater Honda. Further reports indicate that the new CR-V will also come with a four-wheel drive system as standard.