The front-mounted V12 architecture has not been used in a Ferrari series-production spider since the 365 GTS4 (Also known as the Daytona Spider). That said, four special series limited editions were launched: the 550 Barchetta Pininfarina in 2000, the Superamerica in 2005, the SA Aperta in 2010 and, most recently, the F60 America of which just 10 were built to celebrate Ferrari’s 60th year on the American market in 2014. Exactly 50 years on from the debut of the last spider in the Ferrari range to sport a front-mounted V12, the 812 GTS marks the return for a model type that has played a pivotal role in the marque’s history since its foundation. 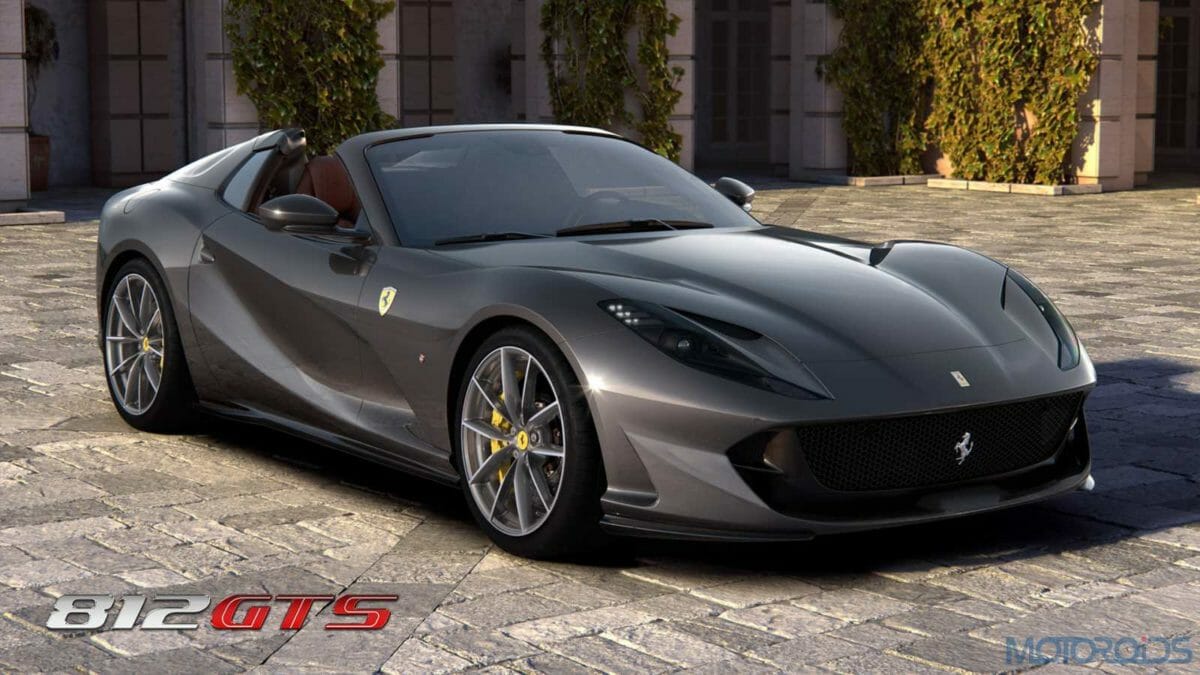 Sporting a colossal 6.5-litre, V12 motor which cranks out 800 PS, the Ferrari 812 GTS is also the most powerful production spider on the market. It features a retractable hardtop which opens in just 14 seconds at speeds of up to 45 km/h. The 812 GTS is the spider version of the 812 Superfast, from which it takes both its specifications and performance, most notably the power unit which, thanks to its ability to unleash a massive 800 PS at 8500 rpm, is the most powerful engine in its class. 718 Nm of torque guarantees impressive acceleration while the heady 8900 rpm rev limit ensures the V12 sings on the top of its lungs. The 812 GTS’ overall performance levels are very close to those of the Berlinetta, with 0-100 km/h acceleration in under 3 seconds and 0-200 km/h in just 8,3 seconds. The Ferrari 812 GTS’ maximum speed is the same as the Berlinetta’s: 340 km/h. 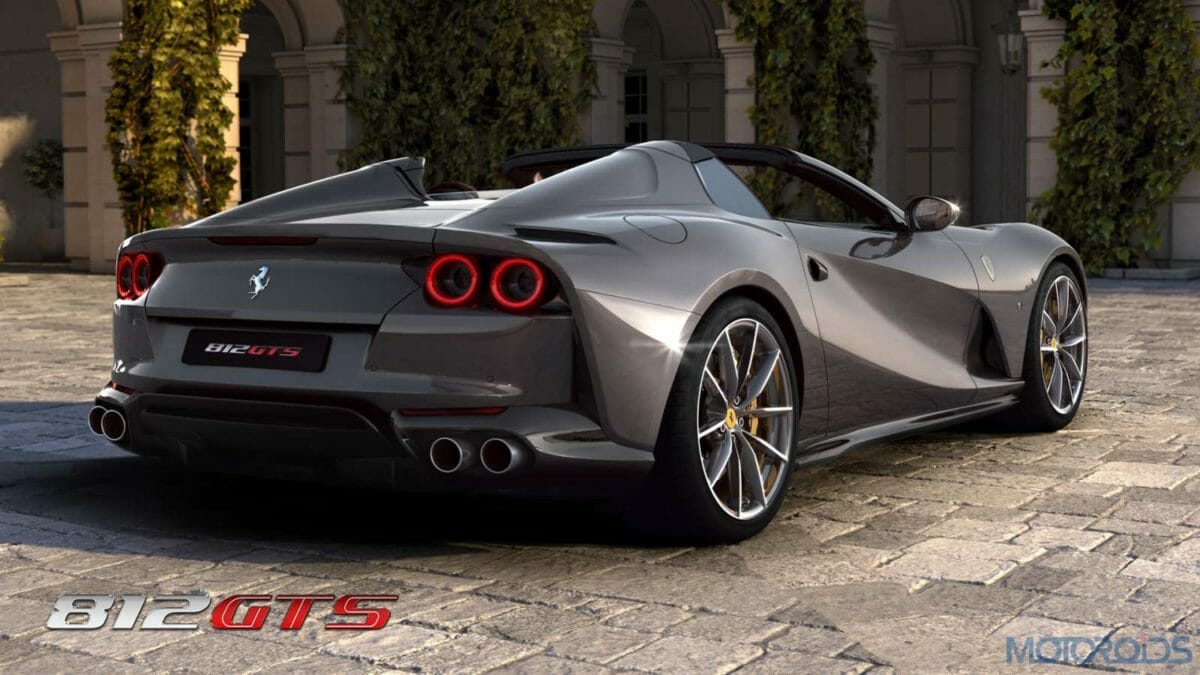 Particular attention was also paid to calibrating the Manettino settings to enhance the engine’s potential and the sensation of extreme power delivered by the car. The torque curve ensures that a significant 80% of maximum torque is available at just 3500 rpm, improving both flexibility and pick-up at lower revs. Managing all that power is a 7-speed dual-clutch transmission for which the up- and down-shift times have been significantly cut and the transition time has been optimised to enhance the driver experience. Exhaust-wise, all the pipes in the 6-in-1 exhaust manifold to the monolithic catalytic converter are of equal-length and this optimises the sound by giving predominance to the first-order combustion harmonics. 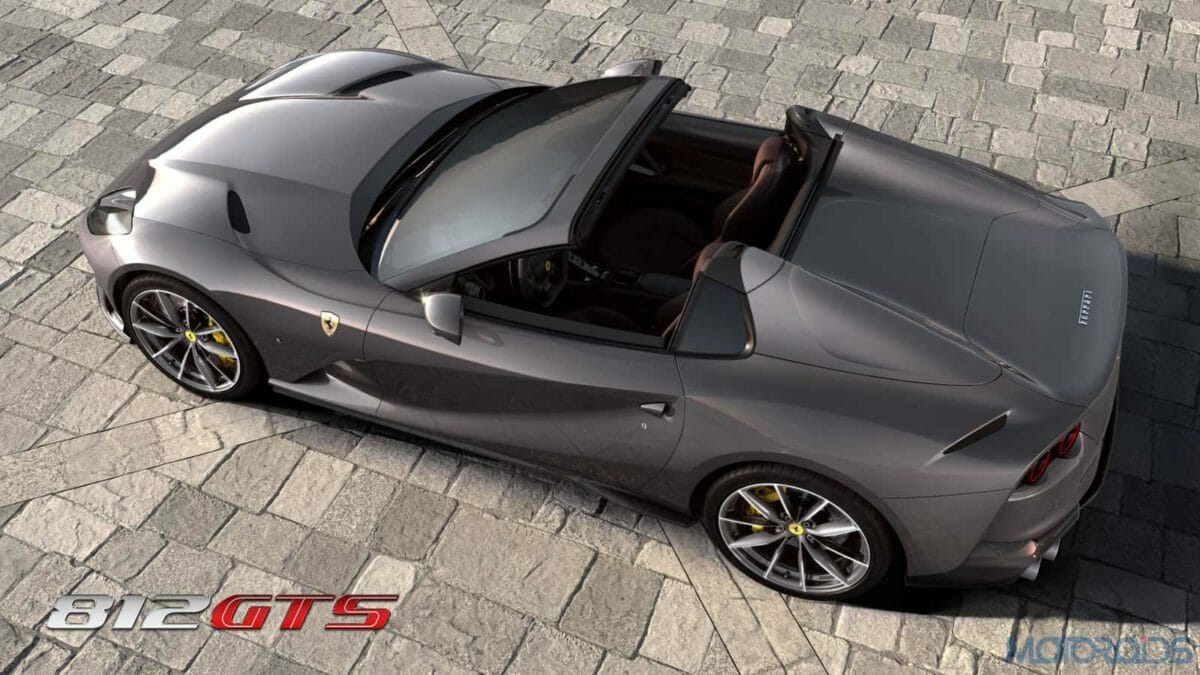 On the spider version of the 812 Superfast, the entire rear of the car – roof, tonneau cover and luggage compartment – has been redesigned. The idea was to lend the car a new blend of sleekness and balance, thanks to two buttresses beneath which the roof movement mechanism is stowed.  The buttresses were designed to visually embody a sense of forward thrust and lend the side windows a signature look that would set the spider apart from the Berlinetta. The new 812 GTS also features a new, highly sculptural and model-specific multi-spoke forged wheel. A choice of three versions will be offered: diamond-finish, liquid silver and Grigio Scuro. 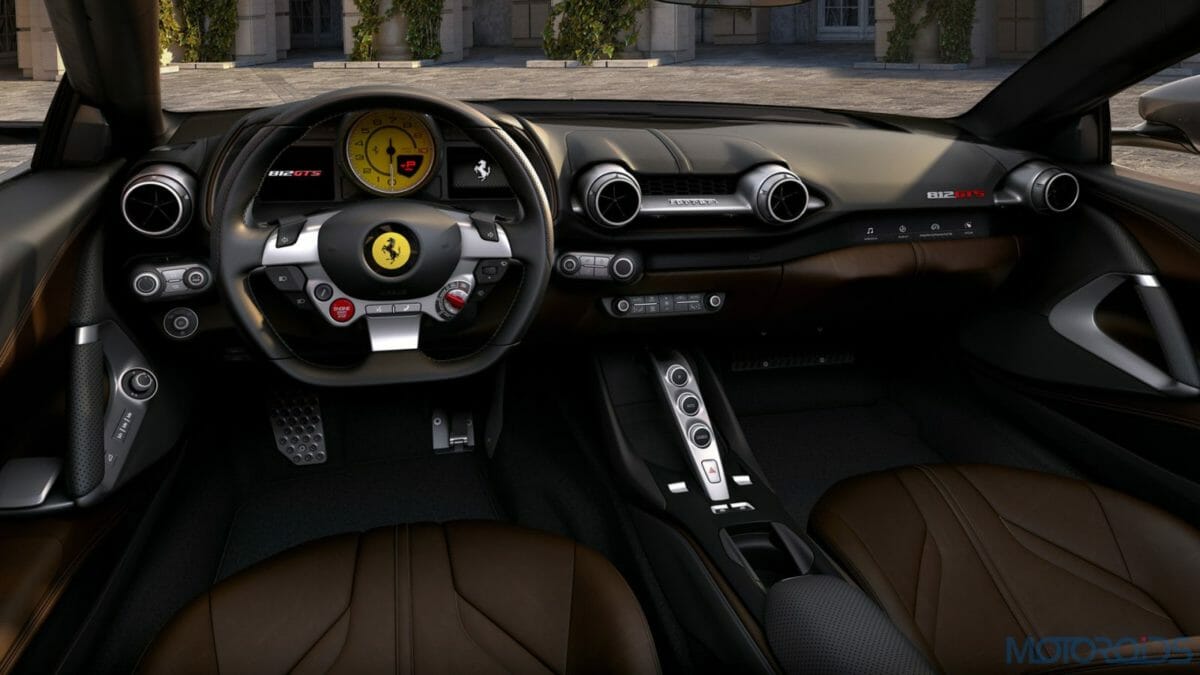 As with the LaFerrari Aperta, two small L-shaped flaps on the upper corners of the windscreen generate a coherent concentrated vortex that creates outwash in the velocity field immediately above the rear screen, thereby avoiding excess pressure behind the occupants’ heads. In this area, the aerodynamicists created an aerodynamic passage in the front trim of the two buttresses that fair in the seats, and topped it with an aerofoil which channels the airflow striking the trim into the tonneau zone at the rear, thus facilitating both venting of pressure in the cabin and recompression of the separation bubble downstream from the wind stop which in turn benefits aerodynamic efficiency and stabilises the flow. 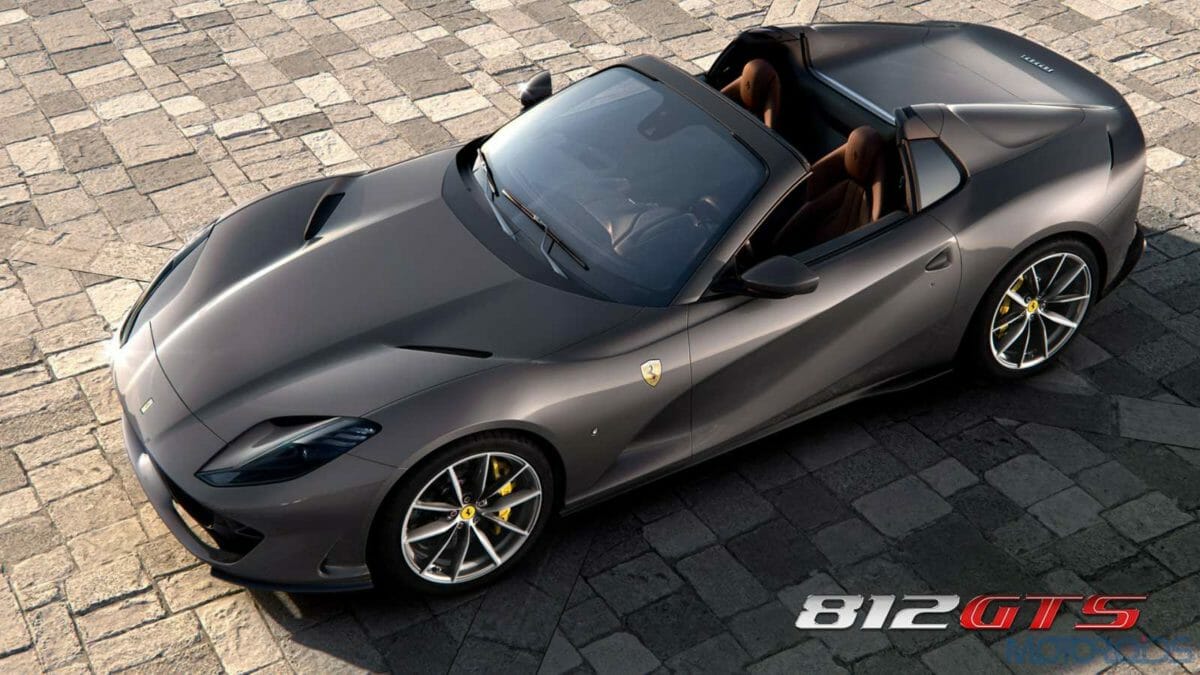 The 812 GTS is equipped with all of the 812 Superfast’s new generation components and control systems. It sports an Electric Power Steering (EPS) which is integrated with all of the electronic vehicle dynamics controls, including Version 5.0 of Ferrari’s patented SSC. Another of the integrated systems is the Virtual Short Wheelbase 2.0 system (PCV), which has been further evolved based on experience gained since its debut on the F12tdf. High-performance driver assistance features are also featured. Called Ferrari Peak Performance (FPP), when cornering, the steering wheel torque provides the driver with an indication that the car is getting closer to its limit of grip, helping the control of that dynamic state. Another, called Ferrari Power Oversteer (FPO),  in the case of oversteer which is most frequently induced while powering out of corners, the steering wheel torque will give the driver feedback to give steering wheel inputs that are coherent with realigning the car correctly.