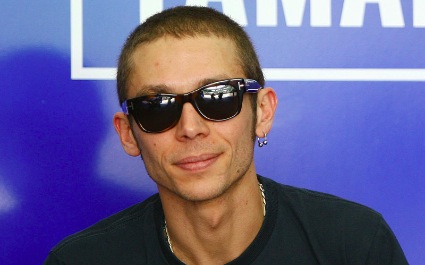 For the second time round, the MotoGP marvel, Valentino Rossi is considering switching alliances from the Japanese company Yamaha to Ducati by the end of this season. It is speculated by the italian media that Valentio Rossi has been offered a contract worth 15 million euros.

Ducati made its first appearance in MotoGP in 2003 and since then were hoping that Rossi would board the italian company. But Rossi maintained integrity with the Japanese folks which is believed to be the result of his close relationship with Masao Furusawa, General Manager, Yamaha Motor Company’s Technology Development Division. The rumors contradict Rossi’s earlier assertion of retiring from the field of motosports with the Japanese company. No one is quite certain as to what triggered this big move, but  Valentino Rossi has earlier made it clear about the fact that he does not like to  share his garage with the Spaniard. And as Lorenzo who is pretty strong with Yamaha doesn’t have any intention of switching teams, chances of Rossi’s switch are further strengthened. On the other hand, Yamaha has always hoped that Rossi continues to be a life time ambassador for their brand.