Home News ‘The Chosen Ones’: Tata Motors’ campaign winners get delivery of their GenX Nano

Tata Motors announced the results of ‘The Chosen Ones’ campaign on June 25, 2015, the entries of which had closed on June 18. Participants entered the campaign by booking the GenX Nano by paying the booking amount of Rs. 5000 and had to then take part in an SMS contest. The top 20 respondents were selected through an audited process based on their eligibility. 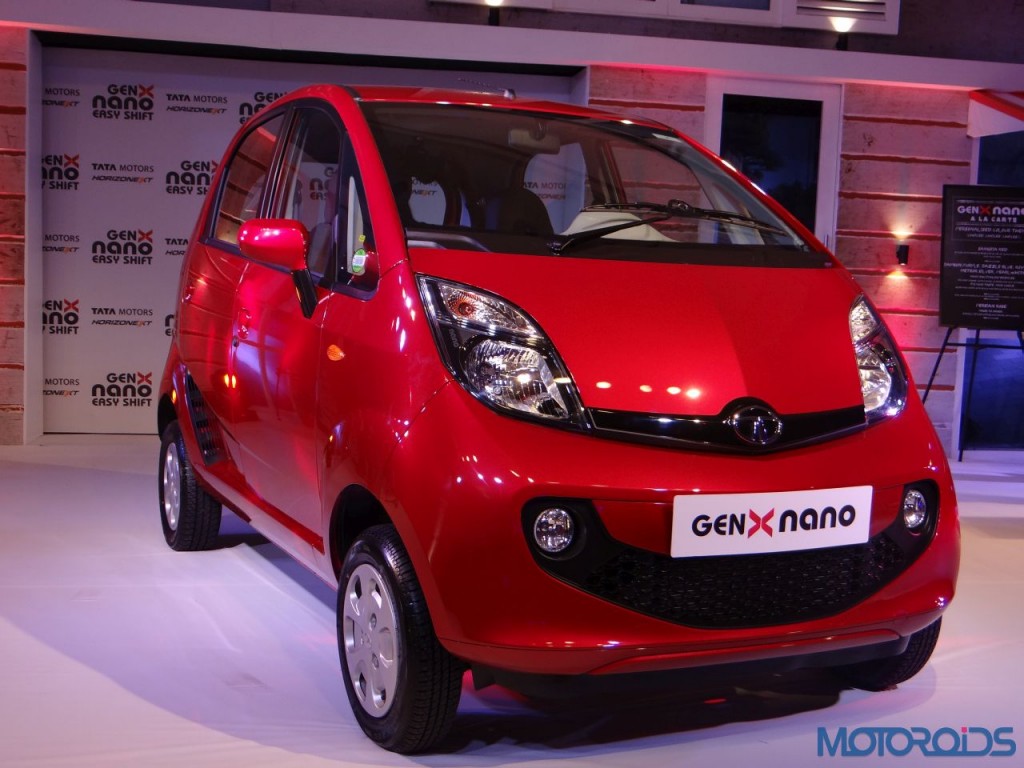 Through this campaign, the Indian carmaker presented an opportunity to its 20 lucky GenX Nano customers to win an all-expense paid trip to Tata Motors’ Sanand manufacturing facility in Gujarat, and witness their Nano roll-off the assembly line, right in front of their eyes. Apart from the factory visit, the winners were also handed a birth certificate of their new car. This campaign, according to Tata Motors, is the first-of-its-kind in India. Prices for the 2015 Tata GenX Nano start at INR 1.99 Lakh for the base XE variant with a manual transmission, while the range-topping XTA variant with the AMT (Automated Manual Transmission) costs INR 2.89 Lakh.

The winners and their family celebrate at the Sanand facility

The new 2015 Tata GenX Nano is powered by a 624cc, multi-point fuel injected, water cooled, naturally aspirated, 2-pot petrol engine which produces 38 PS of power and 51 Nm of torque. The tweaks and mods done by the boffins at Tata Motors mean that the manual version can return an impressive 23.6 km/l of fuel efficiency and the AMT GenX can do 21.9 km/l.