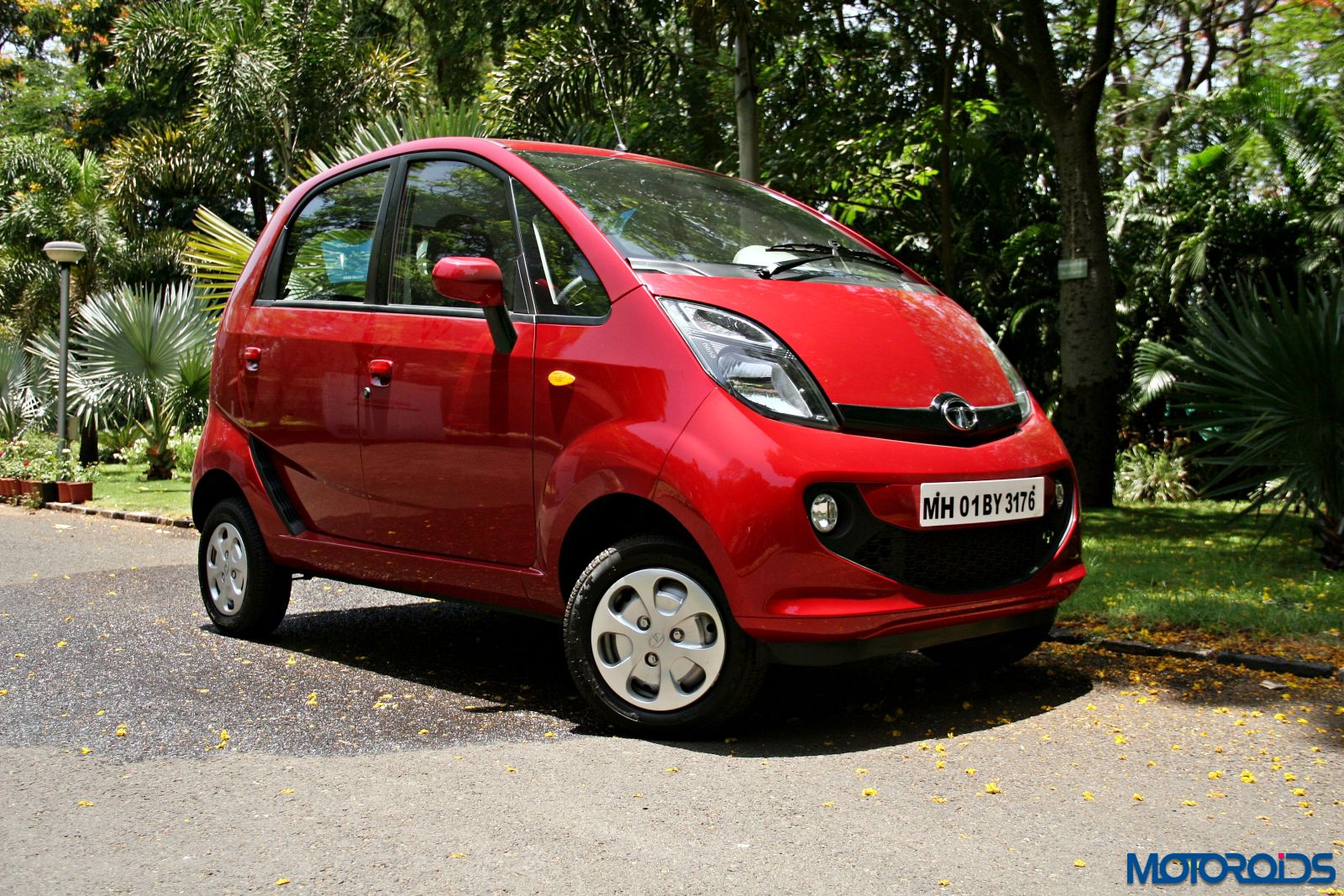 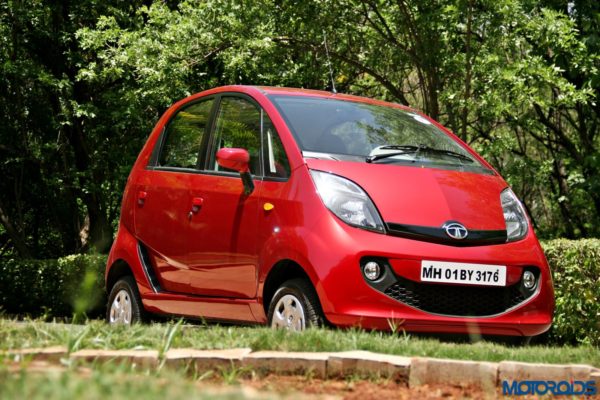 In 2009, the Tata Nano swept the international automotive community off their feet with its introductory pricing, intelligent design and clever packaging. But, for reasons debatable, the overwhelming reaction translated into a rather underwhelming sales chart, with the Nano falling woefully short of its ambitiously set sales targets.

After revisits to the drawing board and a good amount of customer feedback later, the GenX was conceived as a part of the maker’s ambitious Horizonext product strategy. It’s not an all-new car by any means, and adds some polish to the original “people’s car” image and markets itself as a “smart city car” now. So let’s see how it works, since it is the most significant upgrade it has since 2009.

The next generation Nano, scheduled for a launch soon, gets a visual makeover, an automated manual transmission, a functional boot lid, enhanced safety and updates interiors. No major mechanical changes have been implemented.

With the GenX Nano, Tata Motors has introduced a new Infinity design theme which encompasses new bumpers, an openable rear hatch with a new design, an updated rear spoiler and revised interiors. 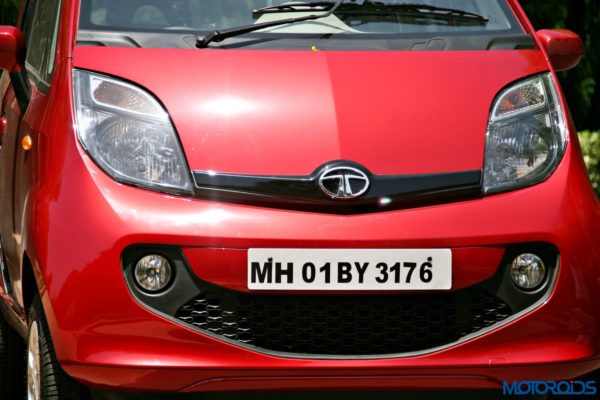 The front bumper is all new and has been heavily re-sculpted for the GenX. It is characterized by a large, ‘smiley’ grille with integrated inserts for the new circular fog lamps. 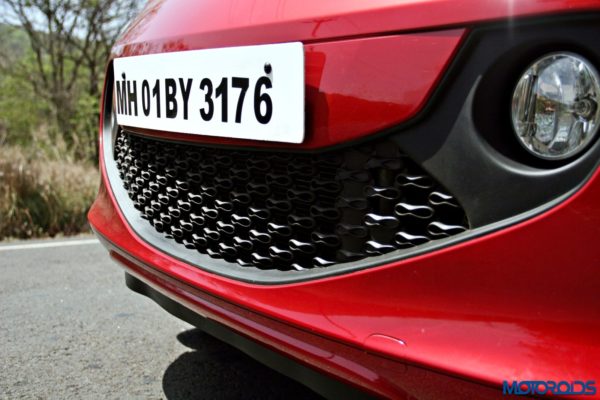 It is officially addressed as the ‘Infinity grille’, with reference to the infinity symbol design elements, which fill the void as recurring motifs. The grille is functional, and feeds a draft of air to the radiator unit, which has been re-positioned ahead from the back. 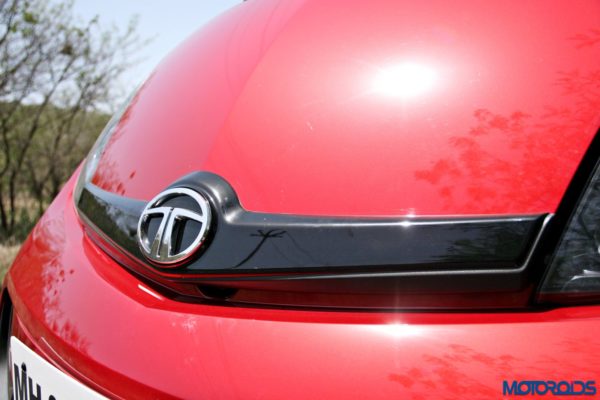 A single piece of piano-black trim, or an applique bearing the Tata logo, runs across the base of the hood. 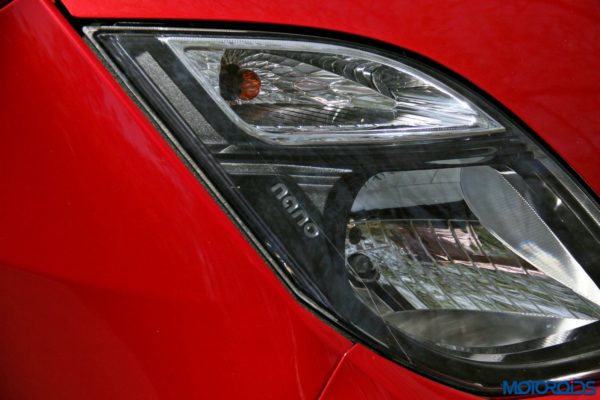 The headlamps now get a smoked effect, which has been achieved using dark bezels, along with prominent Nano branding. 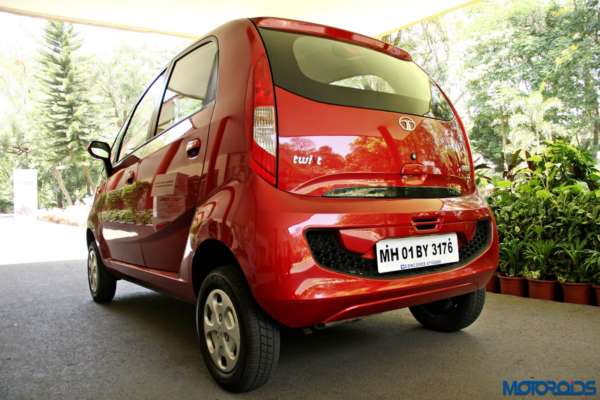 The rear bumper mirrors that of the front, including the sculpting style and the ‘Infinity grille’. For the AMT equipped variant, the exhaust has been shifted to the left side, while the manual transmission fitted variant continues with the centrally positioned exhaust. 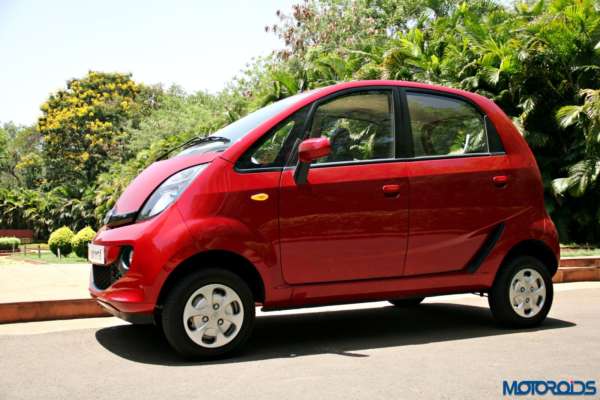 The car pictured here is painted in – Sangria Red,  one of the two new colors that the GenX will be available in – Persian Rose being the other one – apart from the usual Pearl White, Meteor Silver, Royal Gold, Dazzle Blue and Damson Purple. 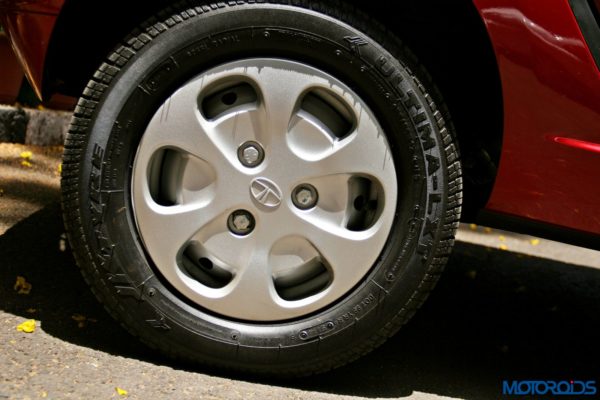 Like always, the Nano rides on a staggered setup, with 135/70R12-F tires up front, and slightly fatter 155/65 R12-R tires at the back. Tubeless rubber is standard throughout the range.

Next page for Interiors and Practicality>>