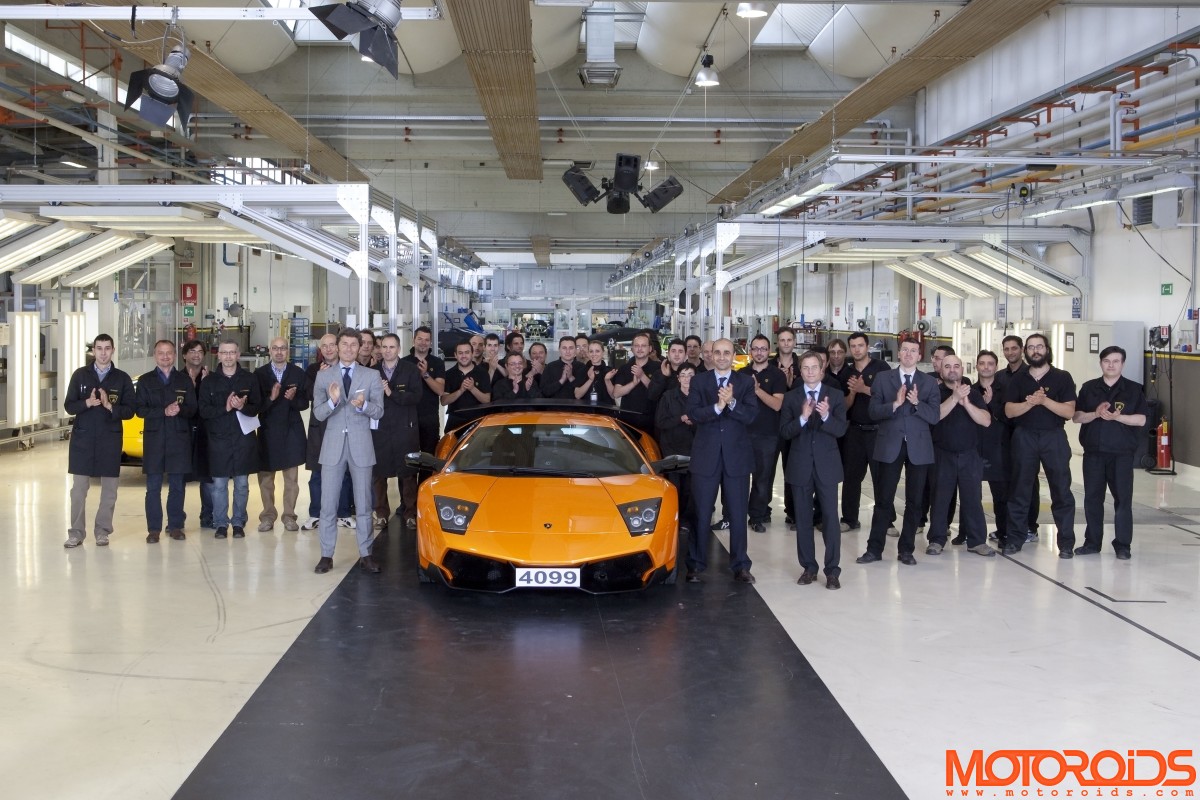 The Lamborghini Murciélago, which has been the Italian carmaker’s flagship model now for over an year, has finally come to an end of it’s production. As per a Press Release sent out by Lamborghini today, the final Murciélago, numbered 4099, rolled off the Lamborghini production line in Sant’Agata Bolognese. The car, ofcourse, is a Murciélago LP670-4 SuperVeloce finished in an ‘Arancio Atlas’ paint (the blazing orange to us jealous mortals) which is heading to it’s new rich home in Switzerland!

To commemorate the last Murciélago, Lamborghini organised a parade of it’s V12 supercars – the GT350, the Muira, the Countach, the Diablo and the purist Murciélago, throughout the city. The enthusiasts and factory personnel with emotional and happy at the same time, for the Murciélago’s demise means the arrival of a new flagship Lamborghini Supercar!

“For almost a decade, the Murciélago was the icon of the Lamborghini brand, and it was enormously successful in the process,” says Stephan Winkelmann, President and CEO of Automobili Lamborghini. “The Murciélago embodies the pure, unadulterated values of our brand. It is truly extreme, uncompromising and unmistakably Italian. This already makes it one of the legends of the sports car world. But the Lamborghini story continues. In 2011, we will take a huge step into the future with the successor to the Murciélago – with the most innovative technology and, once again, truly stunning design.”