Tesla has been a company that pioneered electric mobility. The company has had a number of electric cars on sale, the likes of the Model S, Model X and the Model 3. While there have not been any serious competitors to their flagship sedan, the Model S, until now, the new Porsche Taycan which was unveiled recently seems to be a threat. Moreover, the German sedan recently proved its mettle by setting the lap time record for being the fastest four-door electricity-powered sedan around the Nürburgring race track. CEO of Tesla, Elon Musk now aims to go for this record with the Model S and recently announced that the car will be reaching the legendary track next week, have a look.

Model S on Nürburgring next week

Tesla’s most likely contender for this battle would the most powerful, P100D Performance variant of the Model S. This car draws power from two motors, which are placed on either axle of the car, powering all four wheels. Talking about power, the two electric motors, combined generate a total of 605 hp and the twisting force is 931 Nm. Equipped with a ludicrous mode the car is capable of accelerating to the 100 mph mark in a matter of 2.4 seconds, which is quicker than the Porsche’s record of 2.6 seconds. However, will the American car be able to beat the racing pedigree of the German brand and the 7 minutes, 42 seconds time of the Porsche on the track remains to be seen. 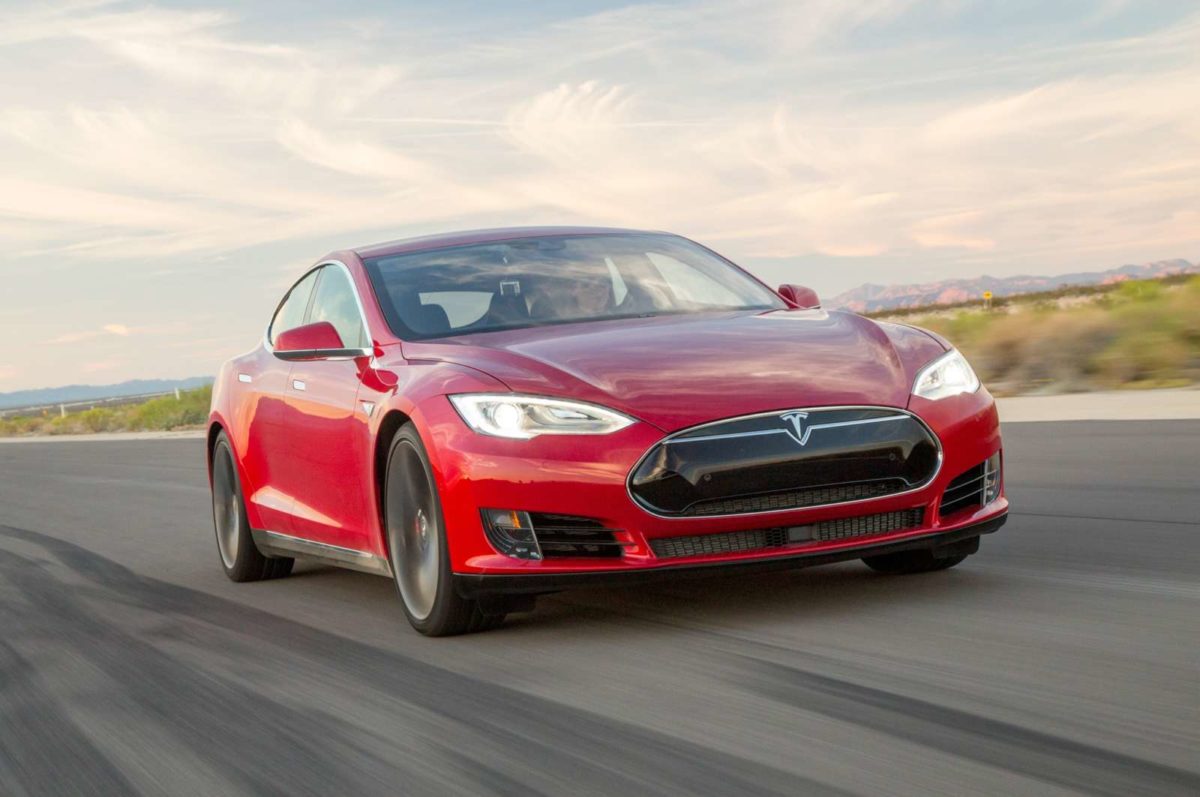 Just like the Tesla, the Porsche too packs dual motors, resting on each axle making the Taycan an all-wheel-drive vehicle. The top-spec Turbo S model is capable of generating 761 hp of peak power. Another advantage the Porsche has is the advanced 800 Volts battery system, which allows for more consistent performance levels. Apart from that, the Taycan also comes equipped with a faster reacting traction control system, which Porsche has perfected by making sports cars over the years. Also part of the package would be Porsche 4D-Chassis Control which helps to further improve performance on the track. Stay tuned to know the outcome of this battle.