Indian two wheeler racing team from Bangalore, Ten10 Racing, has inked a deal with Italy’s WTR team for a racing seat in the 2011 MotoGP 125cc World Championship. With this deal, Ten10 Racing will become the first Indian two wheeler racing outfit to participate at the world championship level. Ten10’s posterchild, Sarath Kumar about whom we keep talking about and who set new lap records (on an Indian motorcycle) at the MMRT circuit in Chennai, will be the rider who will compete in the 125cc category in next years final 125cc World Championship season. 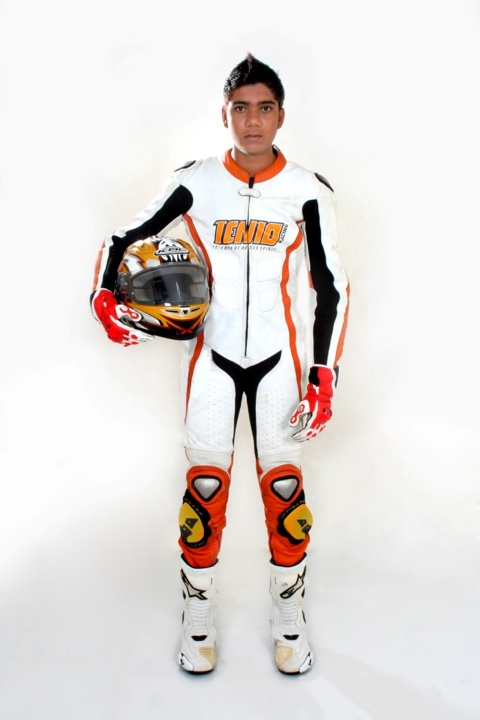 Together, Ten10 and WRT will aim at a technical collaboration and will also look forward to nurturing upcoming racing talent in India as well as the international level. Ten10 further aims at creating an all-Indian racing team to compete at the world championship level by 2014. Commenting on the partnership, the Team Principal, Ramji Govindarajan said, “Our vision is to build a professional motorcycle racing brand / team in and from India. And, use motor sports as a vehicle of brand promotion. Our partnership with WTR Team very important milestone in Indian sports history. We would like to thank Mr. Castellucci and his team for approaching a team from India and  I am confident that this partnership will be competitive and generate lot of new talent from India and Italy.”

Team Manager and Director WTR, Loris Castellucci adds, “I am personally very satisfied of this partnership, which is mainly born by the passion that WTR Team and Ten10 Racing commonly share for motorcycle racing. This is an extremely important project that ties together WTR and Ten10 for the next three years.  Our common goal is to be recognised as WTR-Ten10 Racing, and thanks to efforts from Mr. Ramji and team such an important project has been realised.”

We wish Ten10 racing the best wishes for their new proceedings. Stay tuned to Motoroids for more…