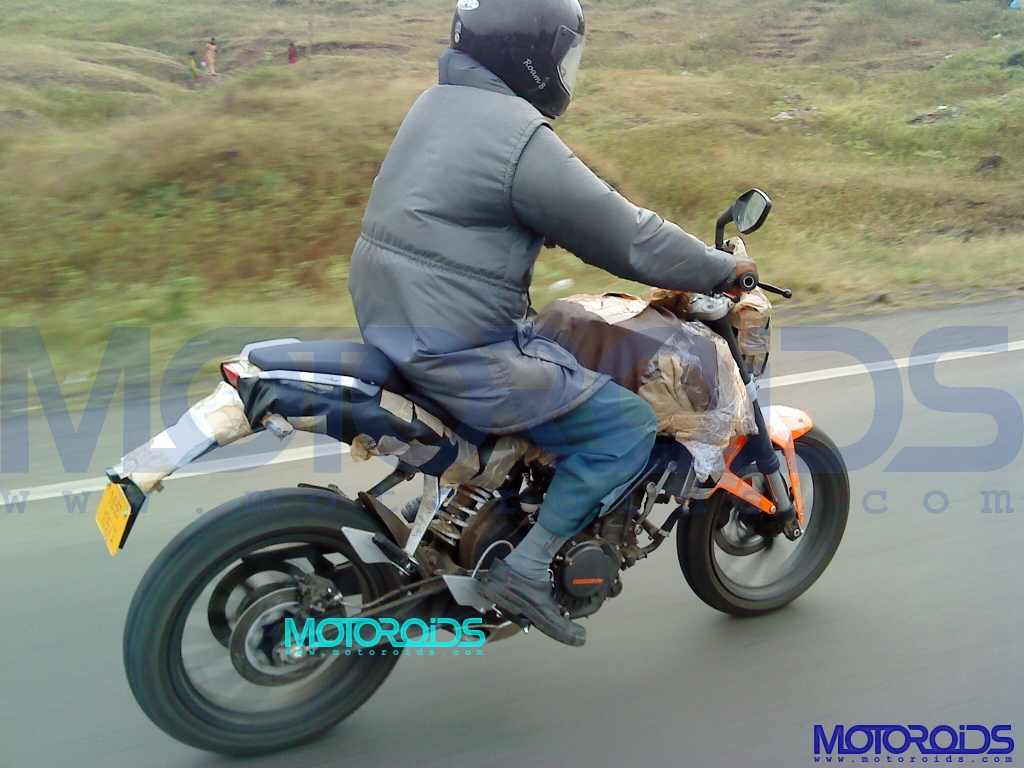 A few moments back we told you about 2011 Aprilia RSV4 Factory making its way into India in December 2010. Our second major scoop of the day is the 2011 KTM 125 Duke which has been caught testing in India! KTM’s entry level machine which was unveiled as a concept at the 2009 EICMA and which was shown in its production glory at the 2010 EICMA was caught testing by one of our enthusiastic readers today morning. Bajaj had earlier confirmed its plans of introducing the KTM brand to India and the 125 Duke was one of the strategic models that would play a role in establishing the brand. There was word that March 2011 was the probable month of launch for the brand as well as the 125 Duke. Looking at the test mule caught here, it seems like Bajaj is right on schedule. We are being told that some of the components of the KTM 125 Duke have been localised to reduce the price tag that the vehicle will bear. But even after localisation, we expect the cost to be in the region of 1.10-1.35 lakh rupees. Stay tuned to Motoroids as we bring you more info on the baby KTM and its proceedings in India. Till then, start saving up your greens to make way for the orange.