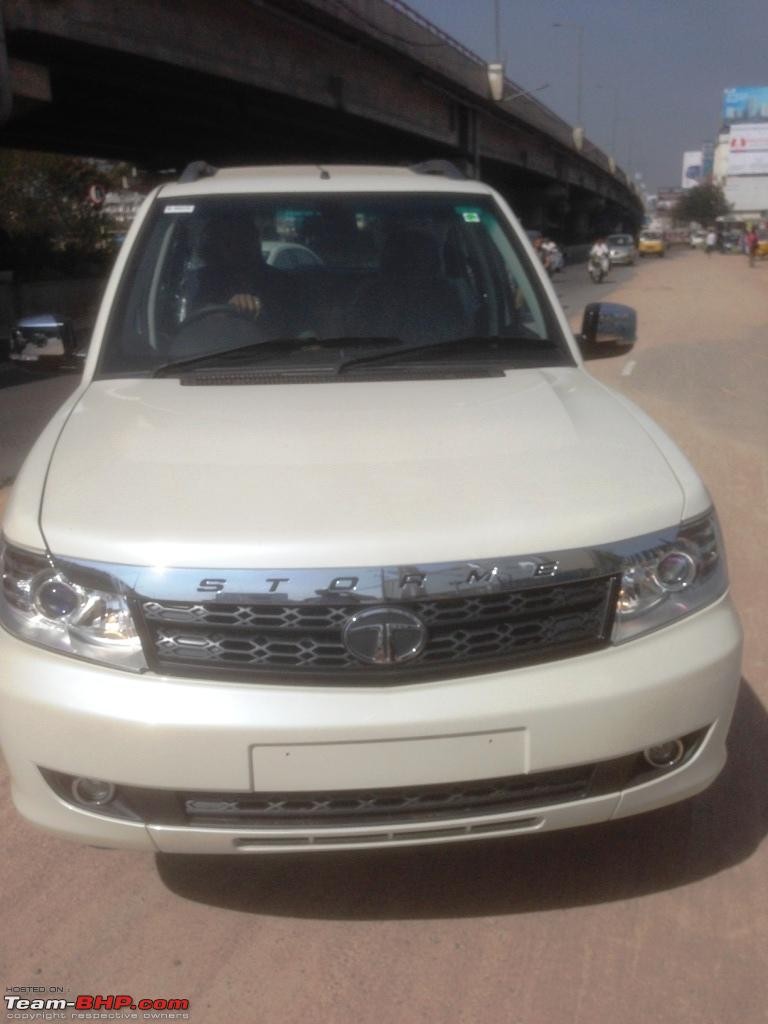 The Tata Safari Storme with the more powerful Varicor 400 diesel engine mated to a new 6-speed transmission has been spied without a trace a camouflage. There was nothing to hide on the outside apart from the Varicor 400 badges on the flanks, but it’s what under the hood that matters here. 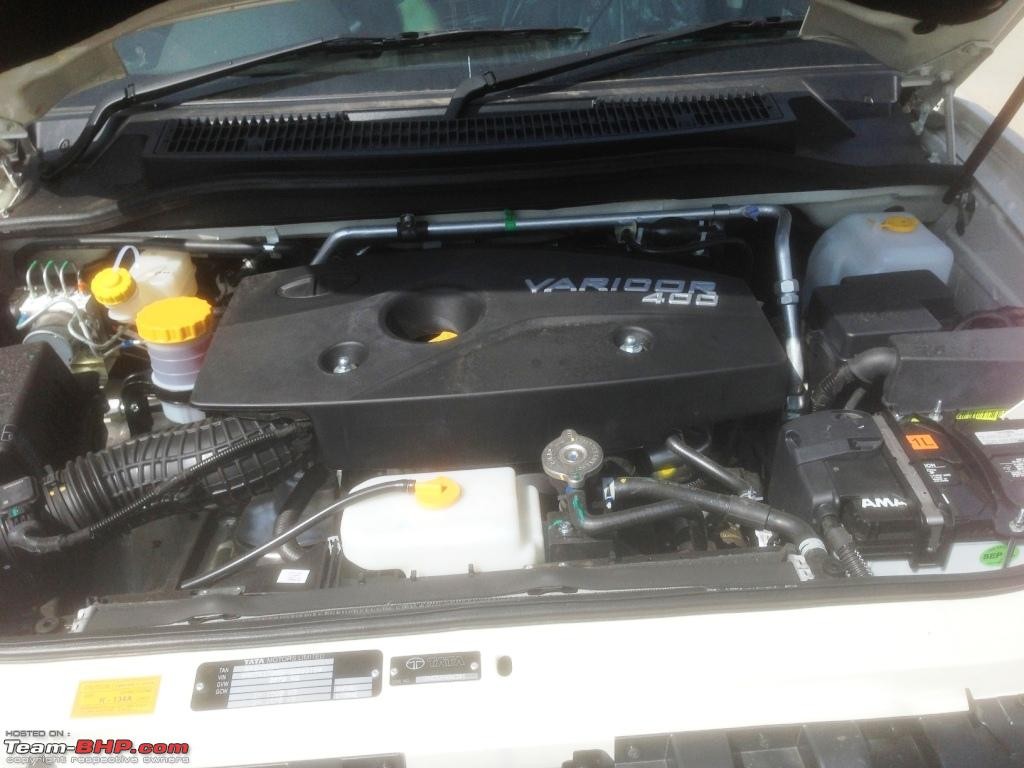 With 155 BHP and 400 Nm of torque, the new, 2.2-litre Varicor 400 engine’s credentials are up by 7 BHP and, more importantly, a beefy 80 Nm over the existing Varicor engine. For company, the new engine will also have a new 6-speed manual transmission. The increase in torque is offset with a negligible increase in weight, with Varicor 400 motored Safari weighing in at 2570 Kilograms (Gross), as compared to 2555 Kilograms (Gross) of the existing model. 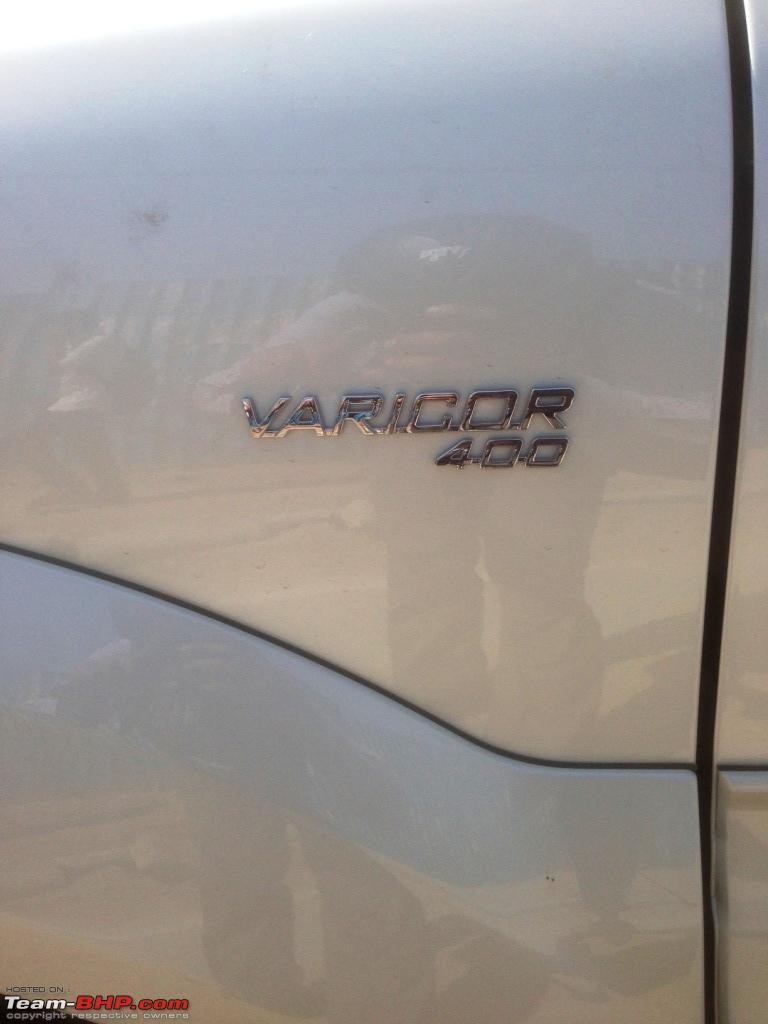 The new engine is expected to make the Safari Storme be shiftier on the highway, as well as ease drivability in traffic. Not that the existing motor doesn’t cut it, but there’s certainly room for improvement, especially the lack of outright punch that its prime competitor possesses. The new gearbox will only help the motor’s cause. The same Varicor 400 engine will also propel the upcoming Hexa crossover. The Tata Safari Varicor 400 will be available from next month (December 2015), and can only be had in top-end VX trims (both 4×4 and 4×2). 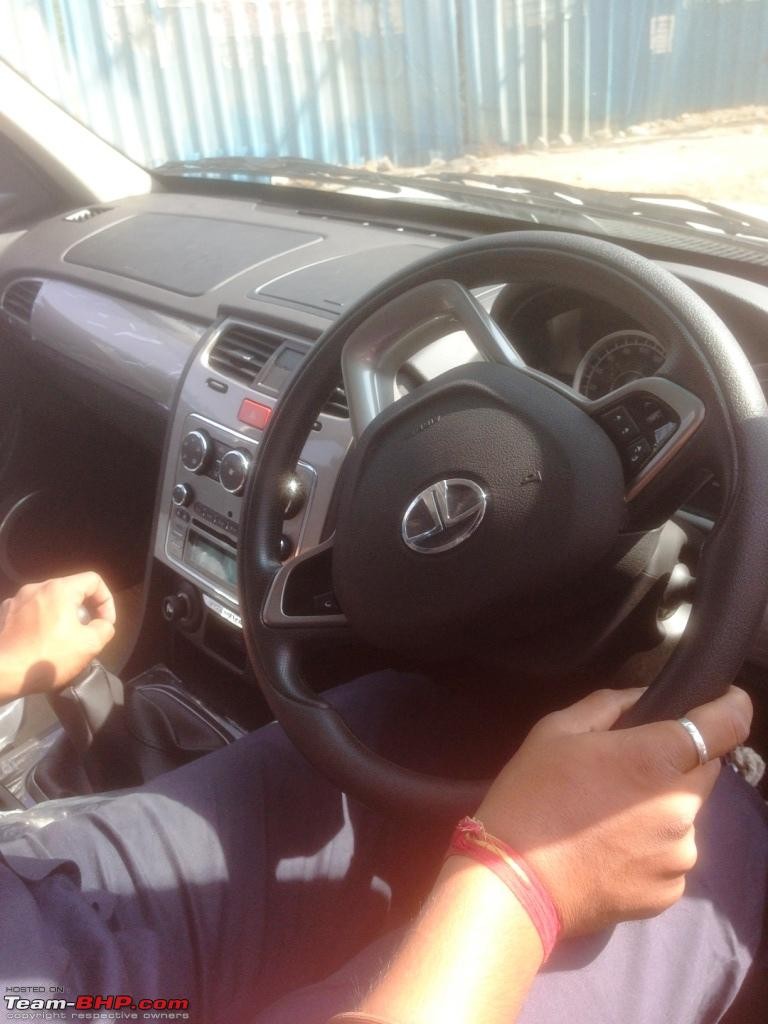 Apart from the aforementioned Varicor 400 badges, there are no other clues to differentiate the powerful sibling. Even the interiors remain the same. Additional features, if any, are unspecified at the moment.