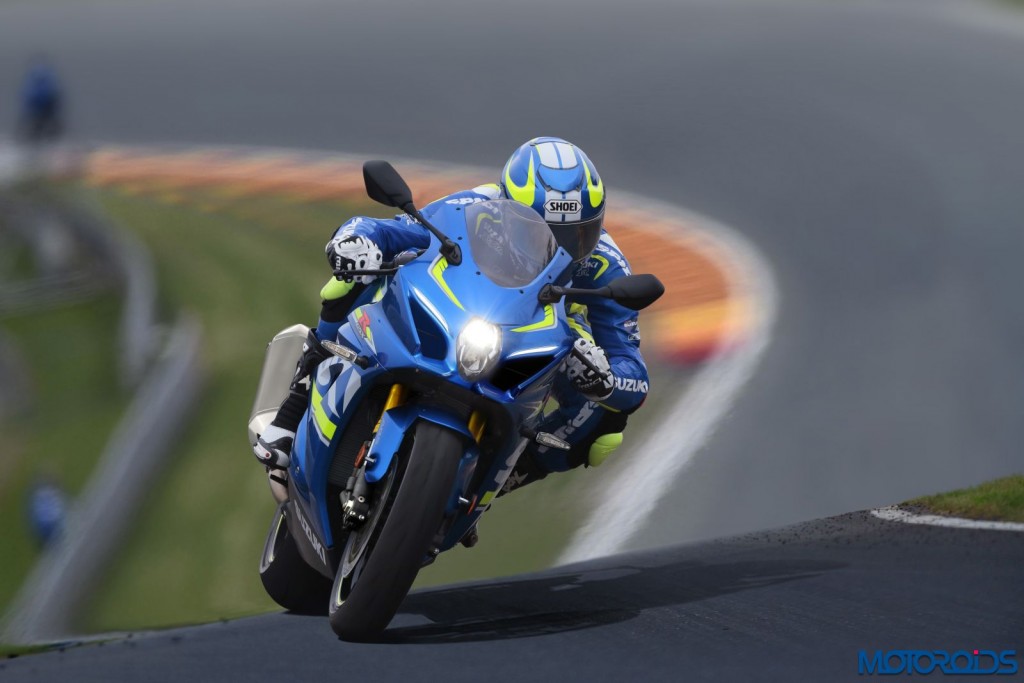 The 2015 EICMA motorcycle show is underway in Milan and manufacturers from across the globe are revealing their new product range and concepts motorcycles. Japanese two-wheeler maker Suzuki has unveiled an all-new GSX-R1000 at EICMA in Milan and has revealed details of how the new machine has been developed in tandem with it’s MotoGP programme. The motorcycle will be based on the concept GSX that was unveiled at the 44th Tokyo Motor Show. Suzuki says that the concept GSX symbolizes the high-performance bikes that bear the GSX name and will give form to Japanese two-wheeler maker’s future sportbike models. The aim of the new Suzuki GSX-R1000 is reinstalling the Japanese manufacturer at the top of the sportsbike pile in 2016. 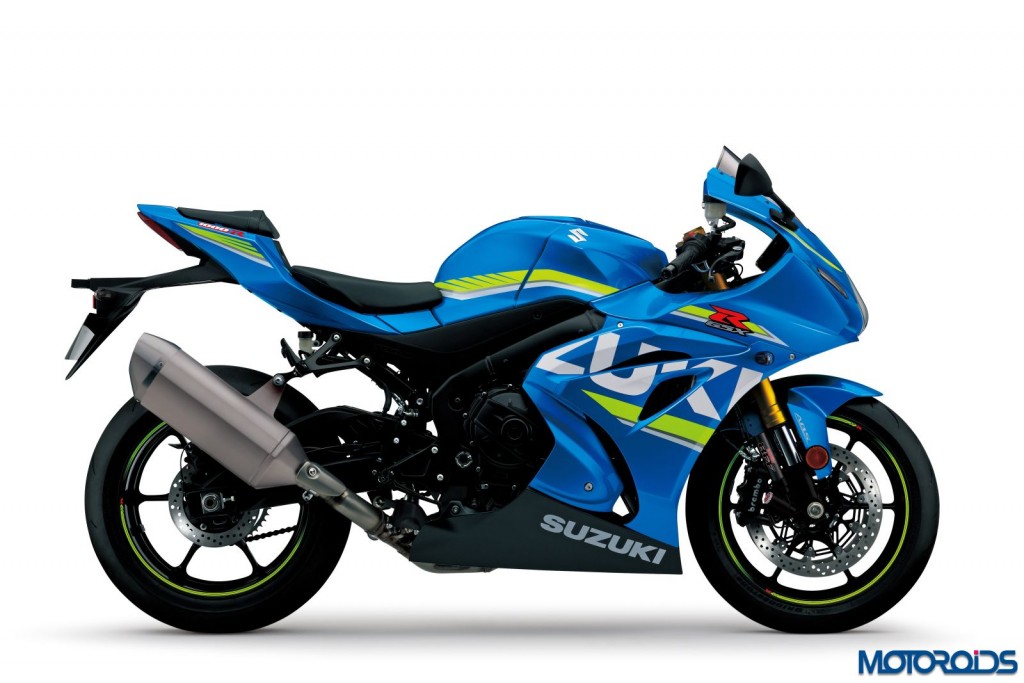 New bodywork will undergo design update and will be a combination of aesthetics and utility. The new GSX-R1000 will be designed to put performance first and will be sleeker, narrower, and more aerodynamic. The headlight, taillight and indicators are all full LED.

Suzuki has used its 30 years of experience and knowhow to develop the new GSX-R1000, which is aimed to be the fastest and lightest GSX-R yet. Suzuki has designed the engine to make it the most powerful GSX-R ever built, increasing top-end output without sacrificing low-end and mid-range power. Suzuki engineers, utilising knowledge gleaned from the MotoGP project, have implemented a new Broad Power System. However, Suzuki has remained silent about the performance figures. 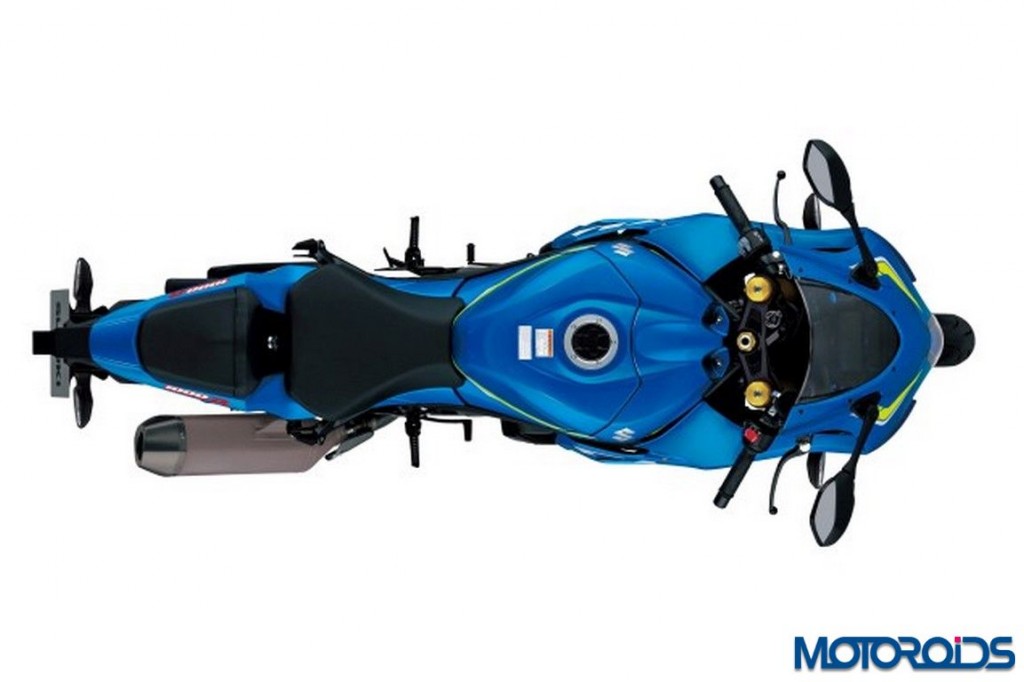 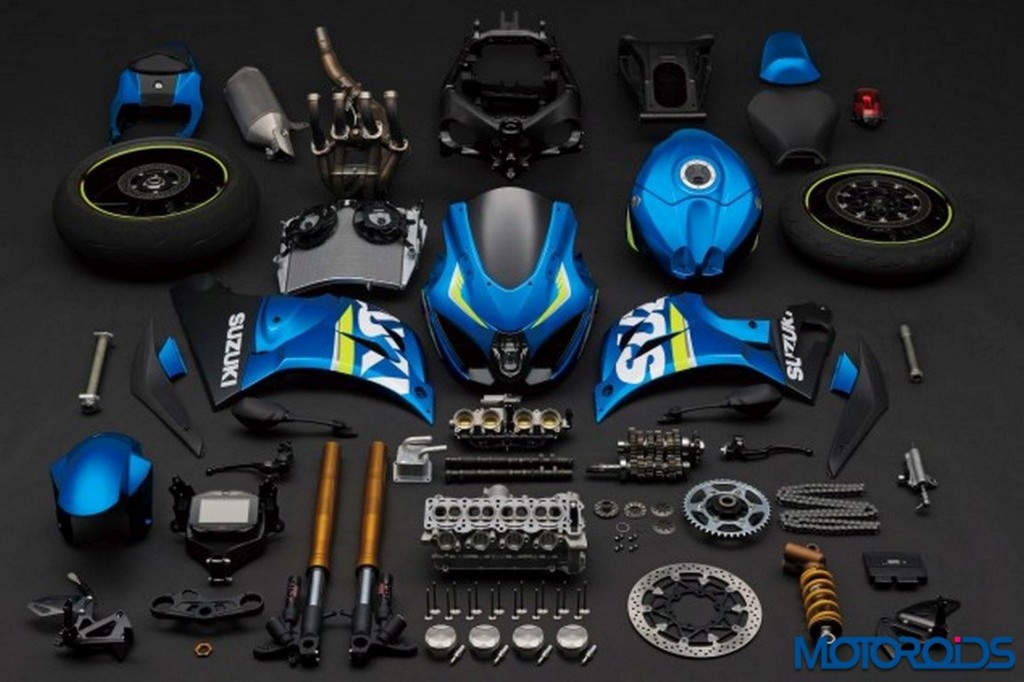 Safety features will include a new 10-level traction control system features, which can be altered while riding, so long as the throttle is closed. A new quickshifter allows for quicker upshifts and downshifts, which can both be made without using the clutch. Upshifts can be made at full throttle, while on downshifts the system automatically opens throttle valves just enough to increase rpm and match engine speed to the lower gear ratio. Launch control makes it easier for riders to get a faster start by automatically limiting engine rpm and optimising torque delivery while the rider holds the throttle wide open, and Suzuki’s Drive Mode Selector allows the selection of three different engine maps. 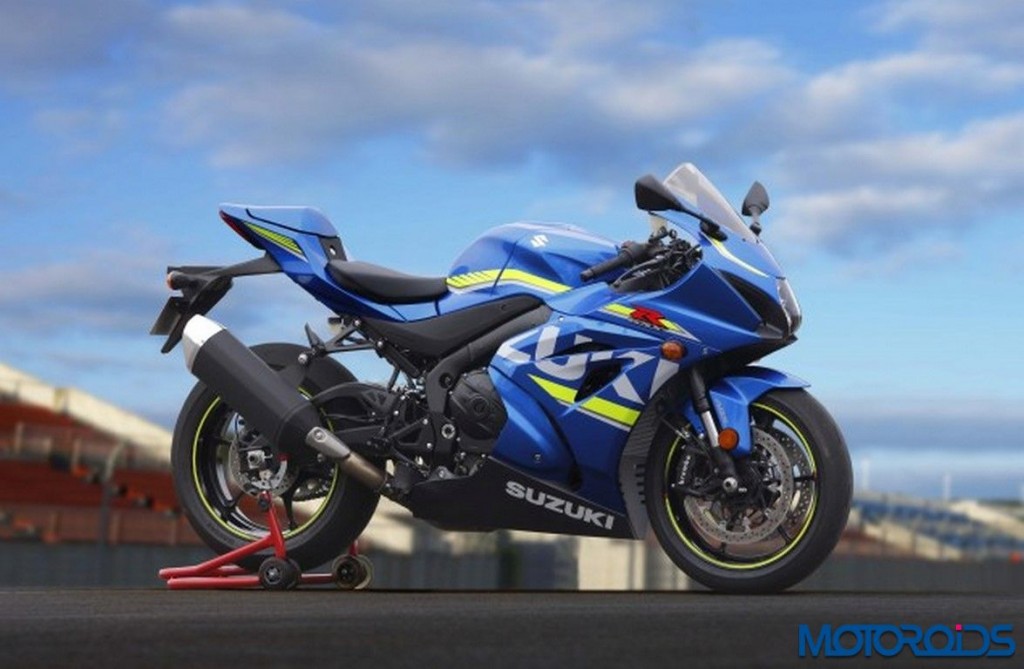 Suspension duties will be performed by Showa shock-absorbers, with the latest balance free front forks and balance free rear suspension. The new forks were developed by Showa through racing, and have now been adapted for use on production models. The balance free front forks provide more consistent damping and increased corning performance by delivering smoother, more controlled travel. The new rear suspension unit minimises pressure balance fluctuations thanks to its unique hydraulic circuit, which optimises oil flow. As a result improved damping force responsiveness is achieved, which in turn offers superior traction and absorption capability.

The new production ready GSX-R is expected to arrive in the second half of 2016. Meanwhile, share your views about the Suzuki GSX-R1000 concept through the comments section below.