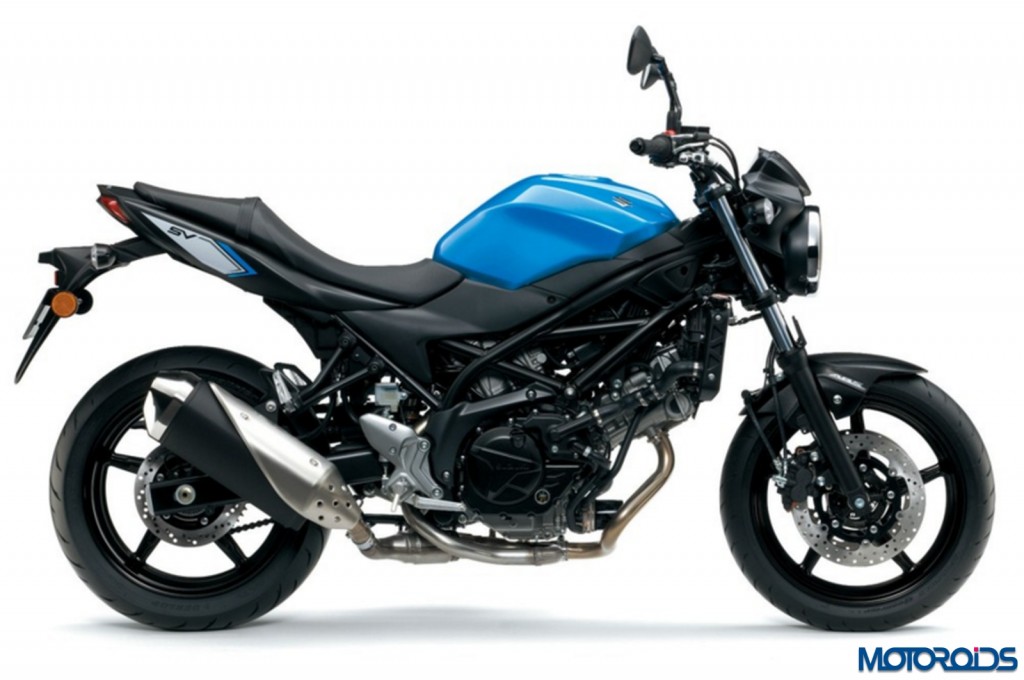 In the expedition to revive the cult following of the classic SV, the Japanese bike maker pulled the curtains off their all new 2017 Suzuki SV650. This third generation SV is claimed to be lighter, more powerful and versatile than the outgoing SV Gladius. 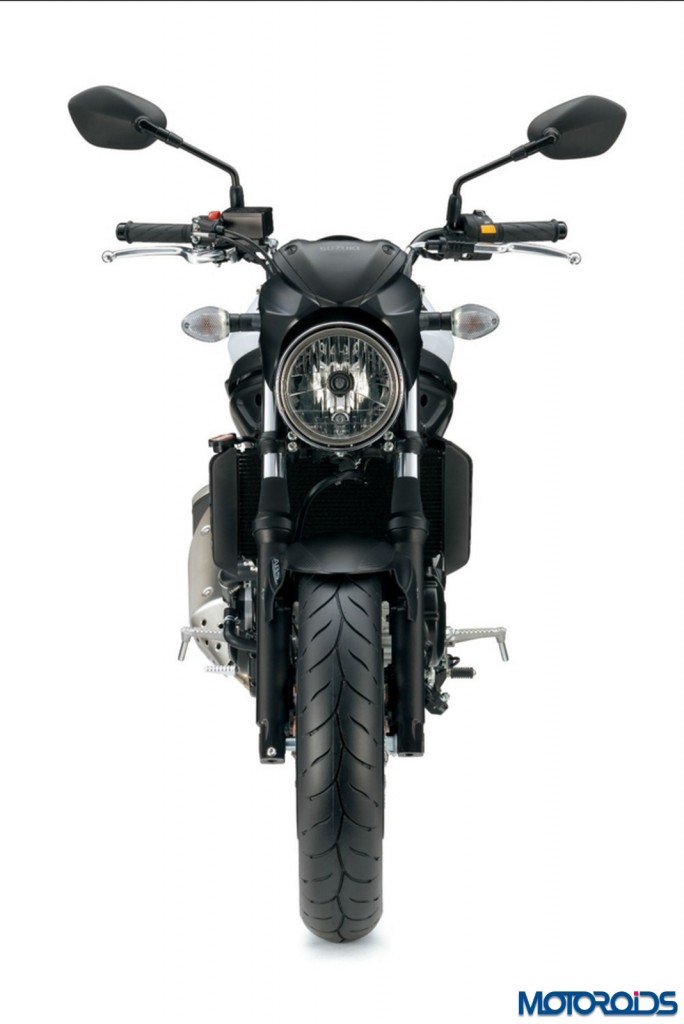 With an addition of over 60 new redesigned pieces of hardware to the engine, Suzuki has created a more powerful and cleaner burning DOHC V-twin motor. This 645cc liquid-cooled, 90-degree V-twin engine generates 76 PS at 8500 rpm and max torque of 64Nm at 8100 rpm. The engine uses two spark plugs per cylinder and Dual Throttle Valve fuel injection which spouts out higher maximum horsepower with strong torque in the low-to-mid rpm range and better fuel economy. 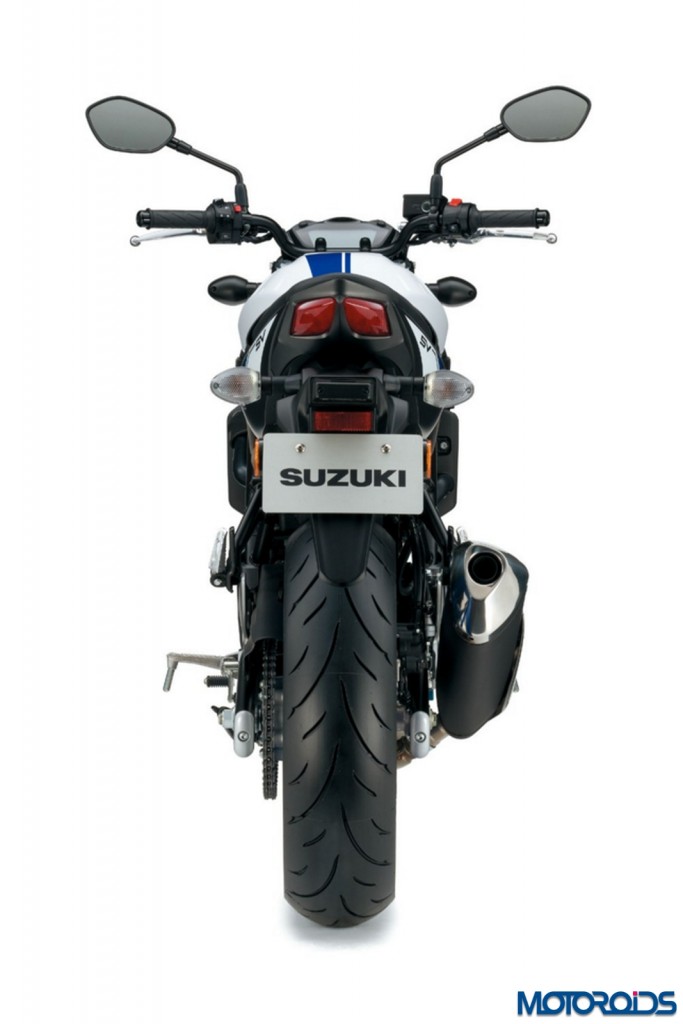 Suzuki has re-engineered the chassis with more than 70 new parts and components to achieve a lighter mass and slimmer bodywork. The newly designed trellis frame is constructed of lightweight steel material. The fuel tank of the new SV650 is said to be 2.5-inches narrower than before but still holds the same amount of fuel. With the new bespoke bodywork, the Suzuki SV650 stands with a lean profile and shows off the robust V-twin engine. 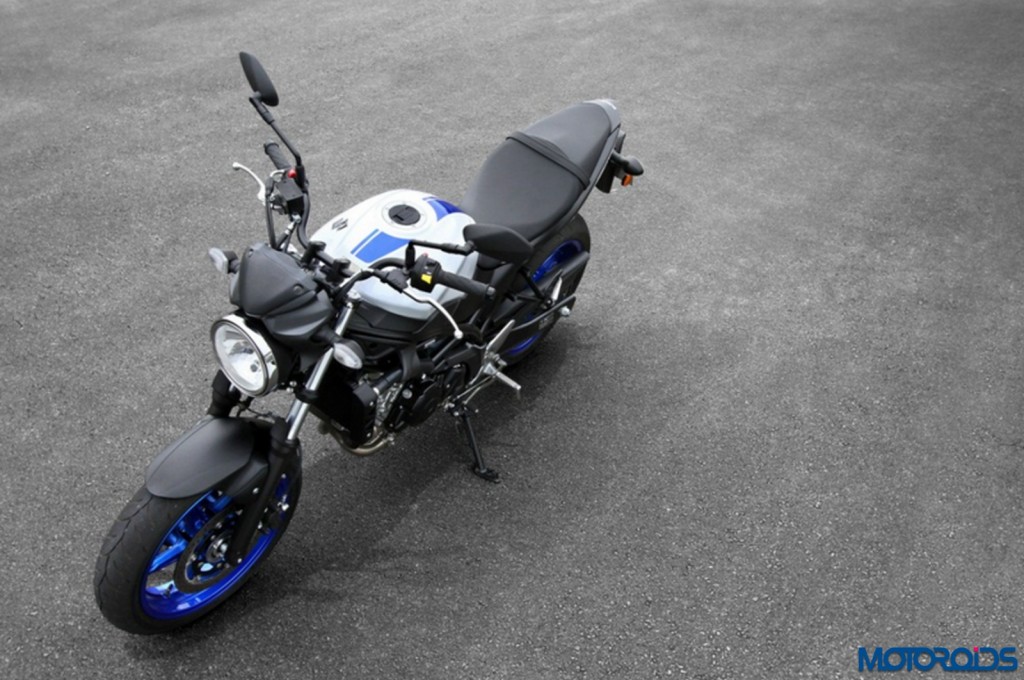 More tech candies of the Suzuki SV650 are thus, the new engine which includes pistons designed for optimal rigidity and weight using new resin-coated piston skirts for less friction and greater durability. The ignition has been optimized using two spark plugs per cylinder. A new, lighter weight exhaust helps boost low- and mid-range power, while the catalyzer keeps emissions low. The SV will also get an optional ABS and will go by the name SV650A 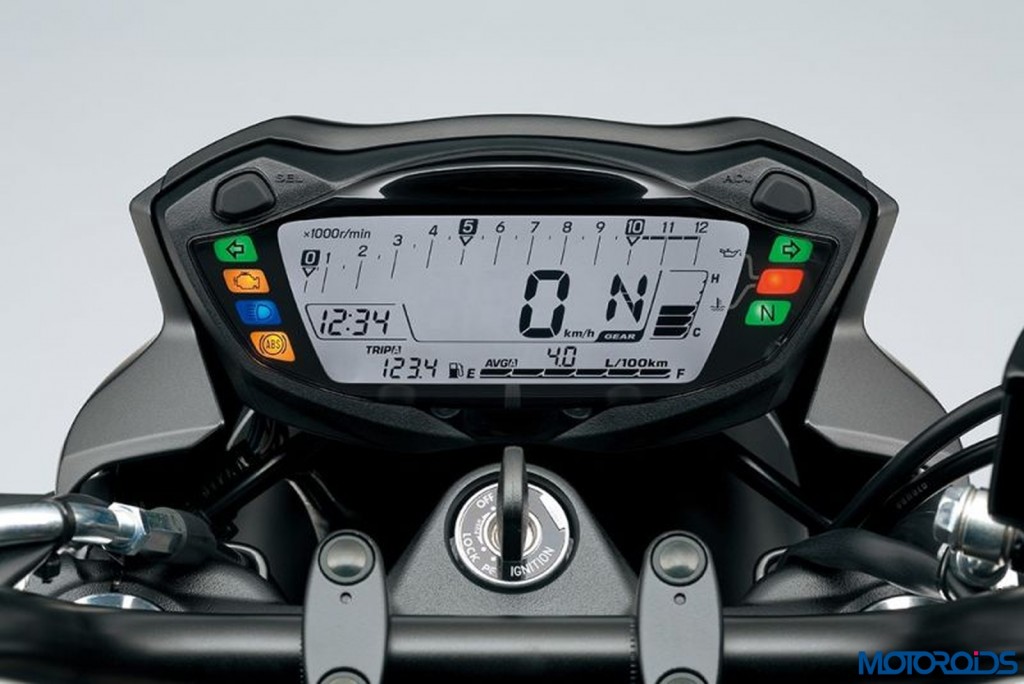 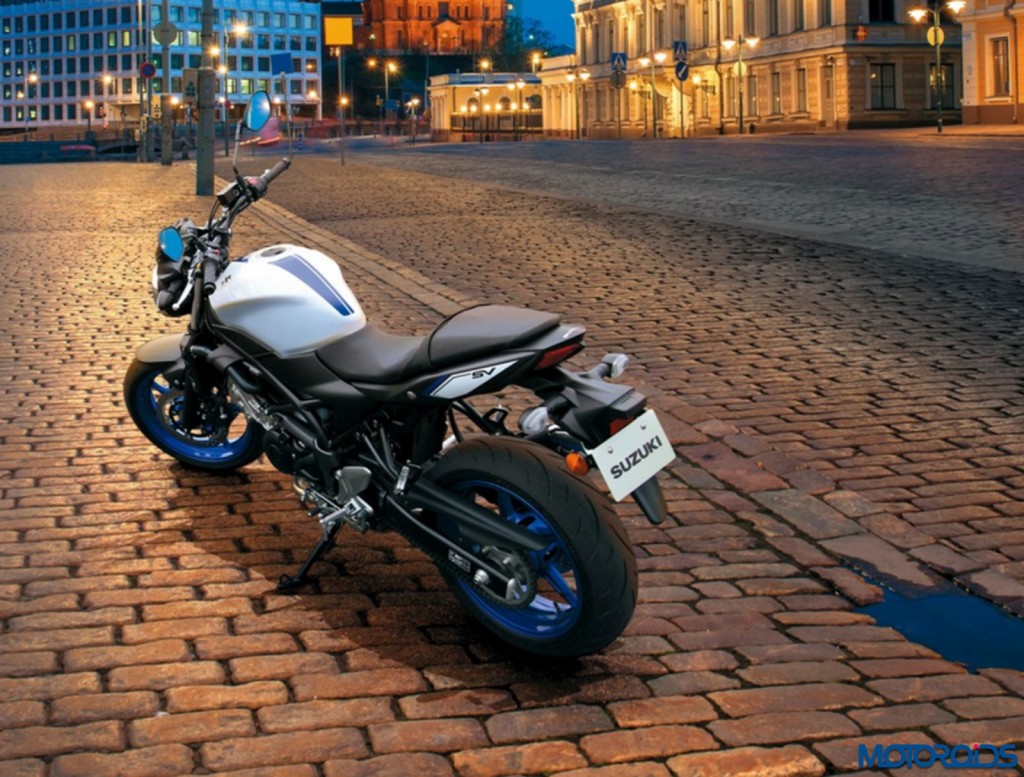 Speaking of the bike, Suzuki says “The 2017 Suzuki SV650 delivers on two design goals: It brings back the concept of a simple and fun V-twin sports ride; and it delivers that with improved power and a lighter overall package. Suzuki restores the simple thrill of a V-twin.”

The bike will be available in Blue, red and white, and is expected to arrive in dealerships from March 2016. The Suzuki SV650 is back lighter and powerful, it is about time to see it compete with the other V-twins! Check out the video and gallery for more 2017 Suzuki SV650 goodies.