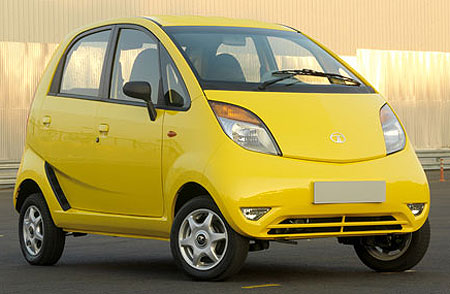 Nano - Might Make its way in the hearts of Pakistani's

Tata Nano is making news this time for all the good things. With news about its crossing 10,000 sales mark & Tata planning to open stand-alone showrooms, now you might find the Nano cruising on the Pakistani roads. Yes, Tata is all ready to export their ‘one-lakh-car’ to our unfriendly neighbours.

IMGC, one of Pakistan’s largest manufacturers of edible oil is the company which gets India inside Pakistan. Starting with the all favourite Bollywood movies IMGC is now interested in getting Tata CNG buses and the Tata Nano. IMGC was in talks with Tata regarding importing CNG buses since two years, infact A Tata Group entrustment that visited Pakistan about two years ago had held meetings with several senior officials and leaders, including the Industry and Commerce Secretaries and Punjab Chief Minister Shahbaz Sharif but after the Terror attacks in Mumbai this was called off.

Now IMGC has the letter of intent from Tata regarding the CNG Buses and if the restrictions in the trade policies between the two countries are removed IMGC will also import the iconic Nano. The RBI does not allow any Joint Ventures and investments in Pakistan. Global Chairman of IMGC Amjad Rashid seemed assertive and keen on getting the Nano in Pakistan as the company had a chat with the Indian Commerce Secretary Rahul Khullar when he was in Islamabad last month and Mr Khullar has promised to remove these restrictions.

If the Government agrees to this JV & removes restrictions then very soon we will find the  ‘one-lakh-car’ cruising in Pakistan.