Home Modified Cars Tata Nano Gets Converted Into A Helicopter, But Does It Fly?

There are many people in the world, who dream about being able to fly a helicopter. However, not only is that machine to complex, but is also quite an expensive affair to run and maintain. However, Mithilesh Prasad from UP, India took his love for helicopters to the next level. This guy managed to transform his car, a Tata Nano, into a helicopter. While it may not be able to fly like one, but Mithilesh manages to fulfil his dream by driving this machine on the road. Have a look at this video which showcases this guy’s pride and joy.

If you don’t know how to fly a helicopter, just make your car look like one! 🚁👏 (@ruptly)

While there are blades and rotors and other mechanical bits of a helicopter present on this vehicle, it is more for aesthetics than functionality. The guy has also changed the interior of the car to match this helicopter theme and a number of controls can be seen on the dashboard. The seats too seem to be custom made, covered in premium upholstery. When going on the road, the car looks unlike anything you’ve seen and you surely can see the amount of attention this machine gets on the road, perhaps even more than what an exotic car would receive. 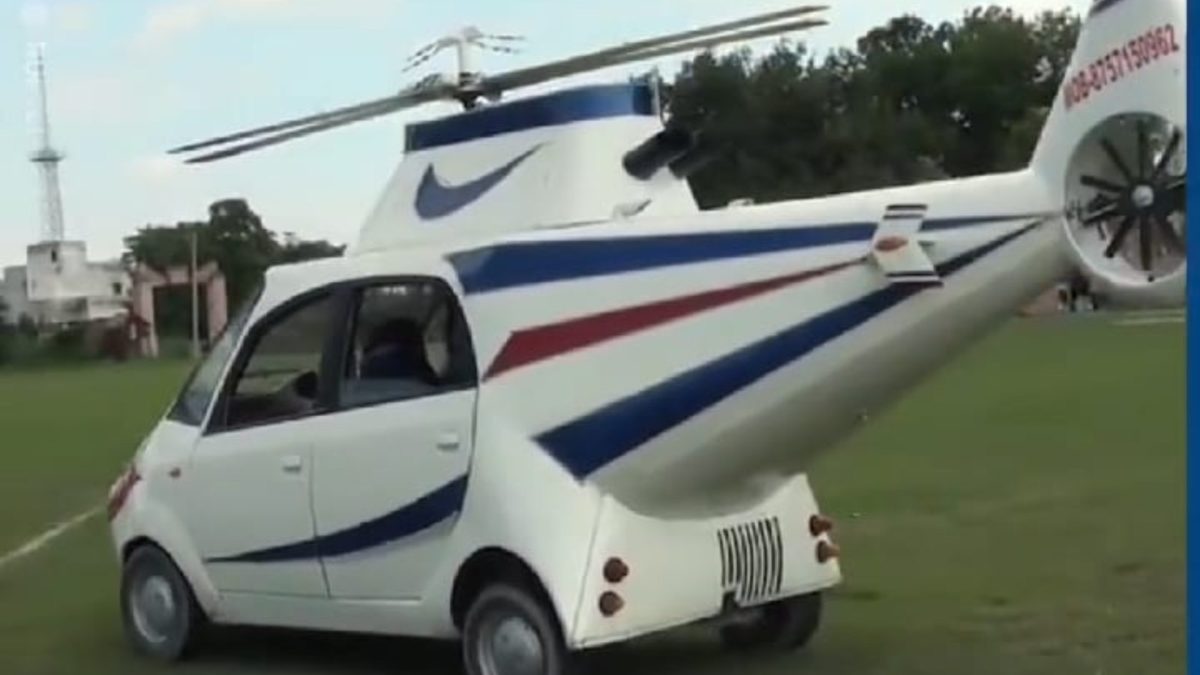 Talking about the Nano, it was the most affordable car in the Indian market quite some time back. A revolutionary vehicle for its time, the Nano came with a twin-cylinder engine, which was placed at the rear of the car. The compact, 624 cc twin cylinder was good to generate 35 hp of maximum power and 48 Nm of maximum twisting force. The car came with a five-speed gearbox as standard, however, Tata also offered an AMT type automatic transmission for more convenient driving. The Nano was meant to make motoring much more affordable for the masses, and in quite some ways, it did manage to achieve its goal and became the ‘first’ car for many Indians.