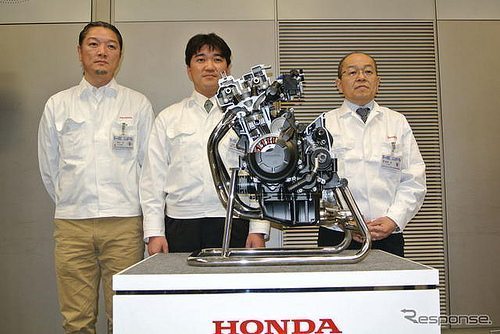 If the launch of the Honda 500s was music to your ears and you have been highly anticipating the motorcycles to touch down on Indian soil, here’s another good news. Honda has showcased a 400cc variant motor on similar architecture of the 500 i.e. with a 67mm bore albeit a shortened stroke down from 66.8mm to 56.6mm. 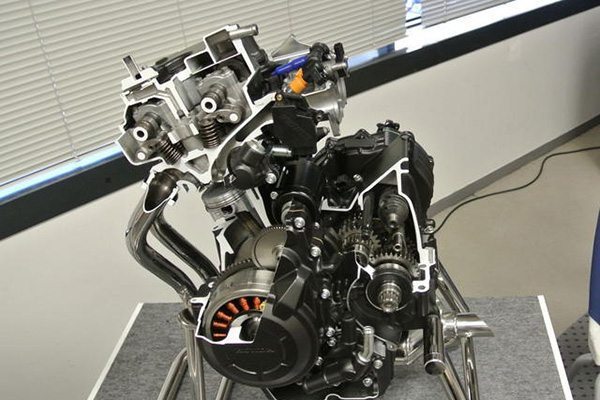 Designed for the Japanese and Southeast Asian Markets, the 400 twin despite its comparatively high revving nature wouldn’t be as sporty as its peers and is designed more towards linear power delivery than outright performance. What we can interpret from the following chart in Japanese, the powergraph shows the maximum grunt at 9500 rpm and if we have to assume the bhp figures, if the numbers on the Y Axis (on the left side) are the power figures, then the number near the arrow mark in Japanese means 19. Now that very much implies that the max power would be in the region of 35-40 bhp considering that the mark has been put halfway on the graph. 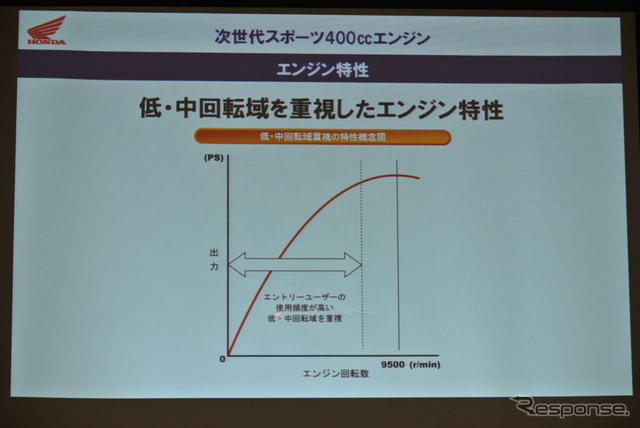 Though at the moment just being out of development, we’d say even a 400 twin would make great sense to the Indian scenario and a detuned state would only hint more towards an easy to ride everyday motorcycle. 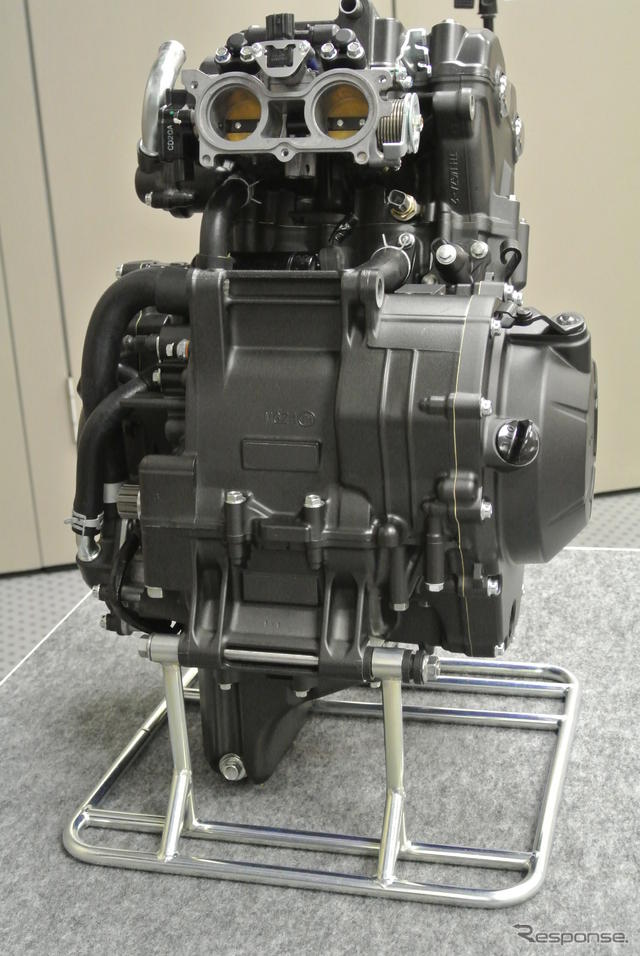 Whether Honda launches the 500 series in the toned down version or a completely new motorcycle needs to be seen. But we’d say, 500 or 400…bring it on…and bring it quick Honda.