As we wait for Tata Motors to launch the Hexa on January 18th, the company is busy readying another product, due for a launch soon. The Tata Tiago based compact sedan, codenamed Kite 5, has been spotted testing on numerous occasions. Now, a production ready version of the model has been spied ahead of the launch.

Reports suggest that this unit of the Kite 5 is the top-end XZ variant and comes equipped with all the bells and whistles. A few features seen on the model include new five spoke diamond cut alloy wheels, ORVM integrated turn indicators, blacked out B-pillar and a chrome window line.

Also read: Five reasons why the upcoming Tata Kite 5 compact sedan could be a bigger hit than the Tiago

At the rear, the Kite 5 comes equipped with a thick chrome plate running between the tail lamps, roof mounted LED strip acting as the third brake light and reflector strips positioned above the large black insert on the rear bumper. Details of the interiors have not been disclosed although it is said that it will be similar to that of the Tiago. A few highlights would include automatic climate control, a Harman Kardon touchscreen infotainment system and a reverse camera. 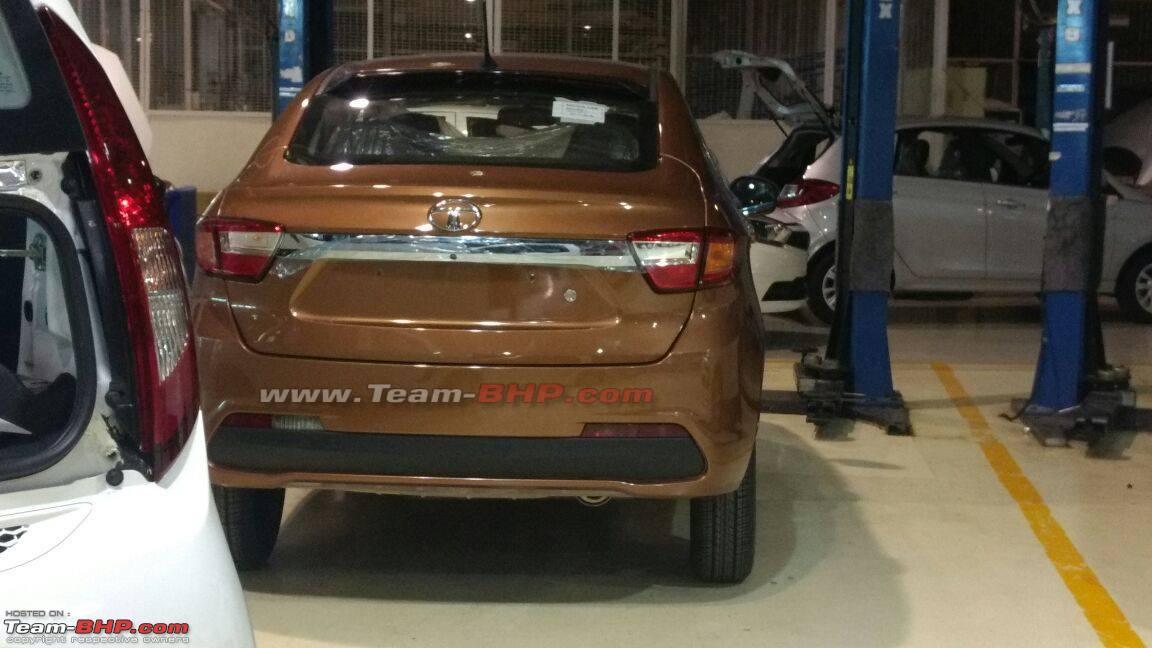 The report further added that about fifty units of the top-end XZ variant have been produced for the media drive that is likely to take place towards the end of January 2017, soon after the launch of the Hexa. The report also added that apart from the manual transmission, an AMT variant could also be offered. It remains unclear though whether the AMT variant will be introduced during the launch of the model itself or whether it will be added later during the compact sedan’s life-cycle. Stay tuned for updates.