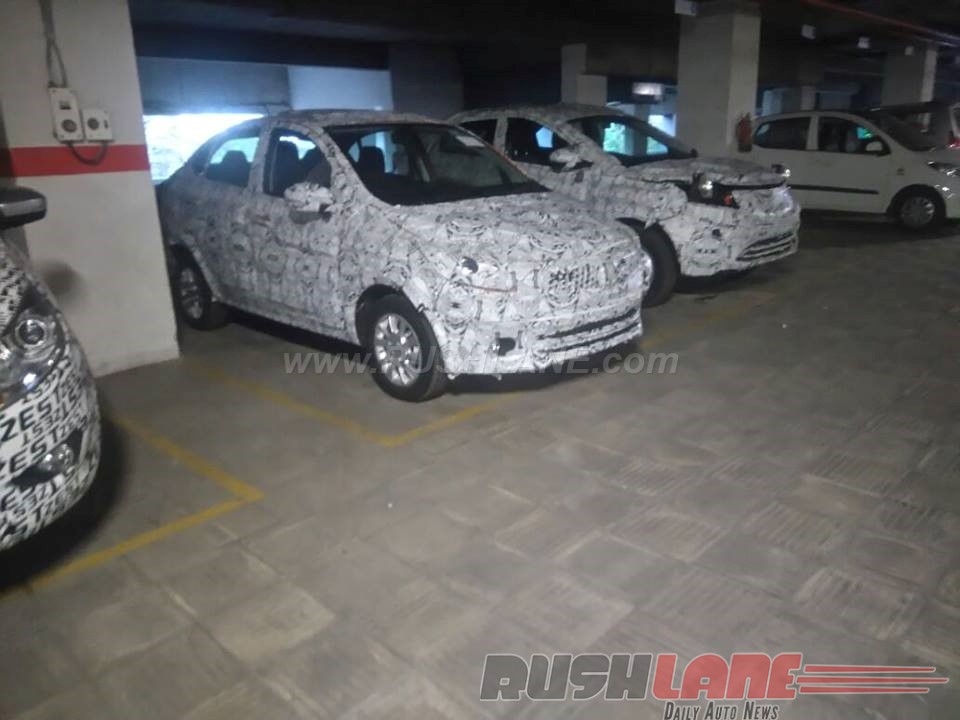 A couple of days ago we updated you guys with the news and spy shots of the upcoming Compact sedan from Tata Motors – the Kite 5 or likely to be called as the Tiago sedan. Tata is aiming big with their new offerings and after the recent launch of the Tiago hatchback; they will floor the Kite 5/Tiago compact sedan, Hexa SUV and the Nexon compact SUV (mostly in the same order). Speaking about the compact SUV, spy shots have surfaced showing the disguised Nexon parked next to the Kite5 sedan and, by what it looks like, the Tata Zest. All the three vehicles stood in complete camouflage hiding the essential details; confusingly, why is a Zest draped in all of that? 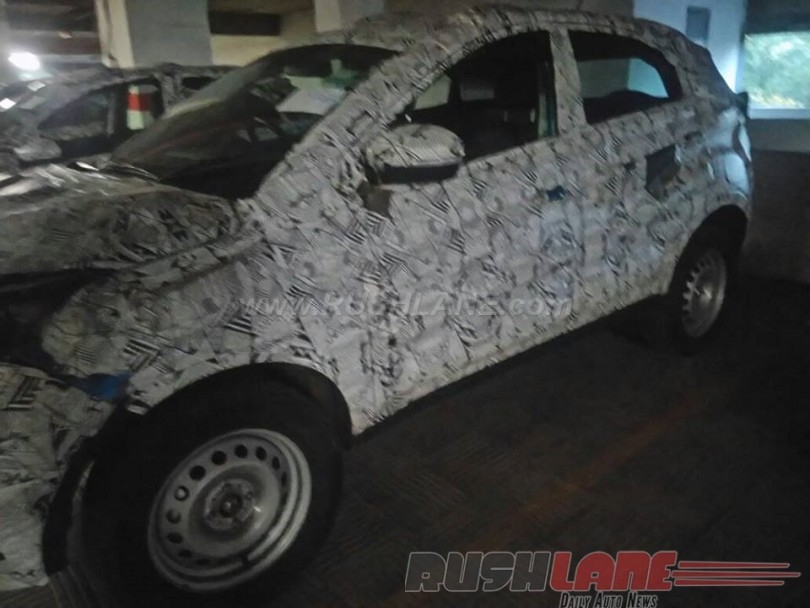 Moving on, the spy shots show Kite 5/Tiago sedan and the Nexon in full profile. The Kite 5/Tiago sedan has been talked about earlier, as these images seem to have emerged from the same location as the ones that brought the camouflaged Kite 5/Tiago sedan into light. The test mule of the Nexon seems to be the base variant as we can see it rides on stock steel rims instead of alloys. One can see through the torn corners of the camouflage that the compact SUV is in blue livery. The makeshift headlamp units give the idea that Tata Motors has been extensively testing the Nexon before it hits the market. 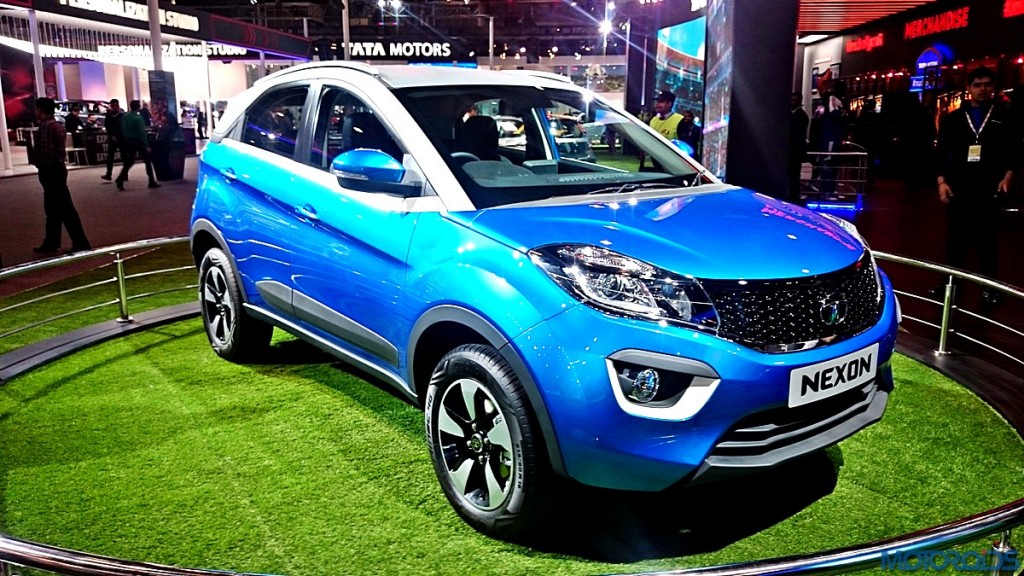 The Tata Nexon was unveiled at the 2016 Auto Expo held at Delhi NCR in February. Following the event, the Nexon was spotted doing rounds during public road tests. The Nexon is based on the heavily reworked version of the Vista platform. It will debut with the new engine from the Revotron family and will have a turbocharged, 1.5-liter diesel unit under its hood that will propel the Nexon with 108 Bhp of power and 260 Nm of torque. A manual 6-speed gearbox will be fitted to the engine and an Automatic Transmission kit will be offered as well. The same was observed when an AMT version was spotted earlier this month. 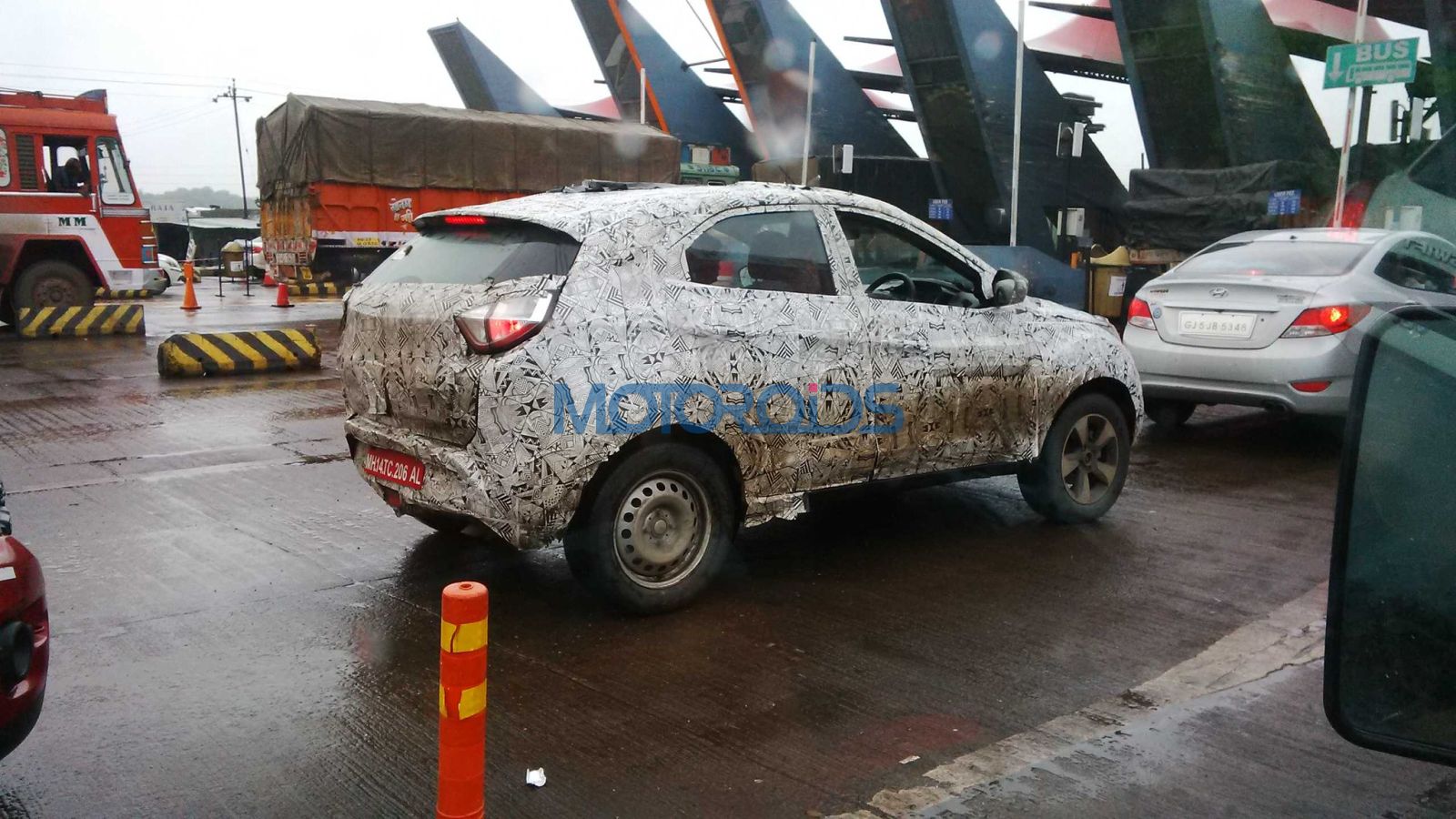 For now, there are no official details on the launch of the Nexon, but reports suggest that it will be out by the end of this year or early next year following the launch of the Tata Kite 5/Tiago sedan and the Hexa SUV. In the Indian market, the Nexon will lock horns with Ford EcoSport, Mahindra TUV 300, and the recently launched Mahindra NuvoSport and Suzuki Vitara Brezza.