Last month, spy images of the 2017 Mercedes-Benz E-Class testing in India surfaced on the web hinting at a launch that might not be too far away. Now, the rival of the 2017 E-Class has been spotted in India. The model in question is the 2017 BMW 5 series. 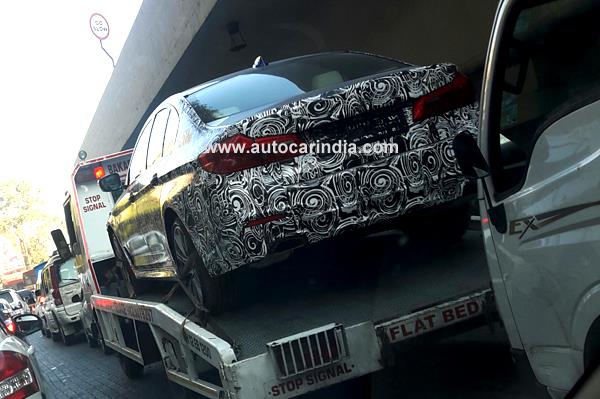 Spotted on a flatbed in Pune, Maharashtra, this is the first instance of the 2017 5 series being spotted in India. Unveiled by the Bavaria based automaker earlier this year in the month of October, the new model marks the introduction of the seventh generation of the 5 series.

Dimension wise, the new 5 series is 36 mm longer 6 mm wider and 2 mm taller while the wheelbase has increased by 7 mm as compared to the outgoing model. Based on the Company’s Cluster architecture (CLAR) platform, the 2017 5 series is also 100 kgs lighter than the previous generation model. 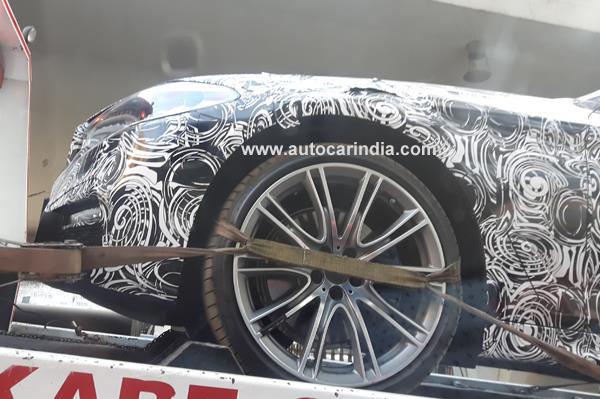 Also read: Why does Narendra Modi use an armoured, INR 5 crore BMW instead of a India made vehicle?

Safety features on the 2017 BMW 5 series include Active Cruise Control (ACC), active side collision protection and crossing traffic warning. The India spec model is likely to be available in 3 variants: 520d (190 hp), 530d (265 hp) and the 530i (252 hp) with the latter now arriving as a four cylinder engine.