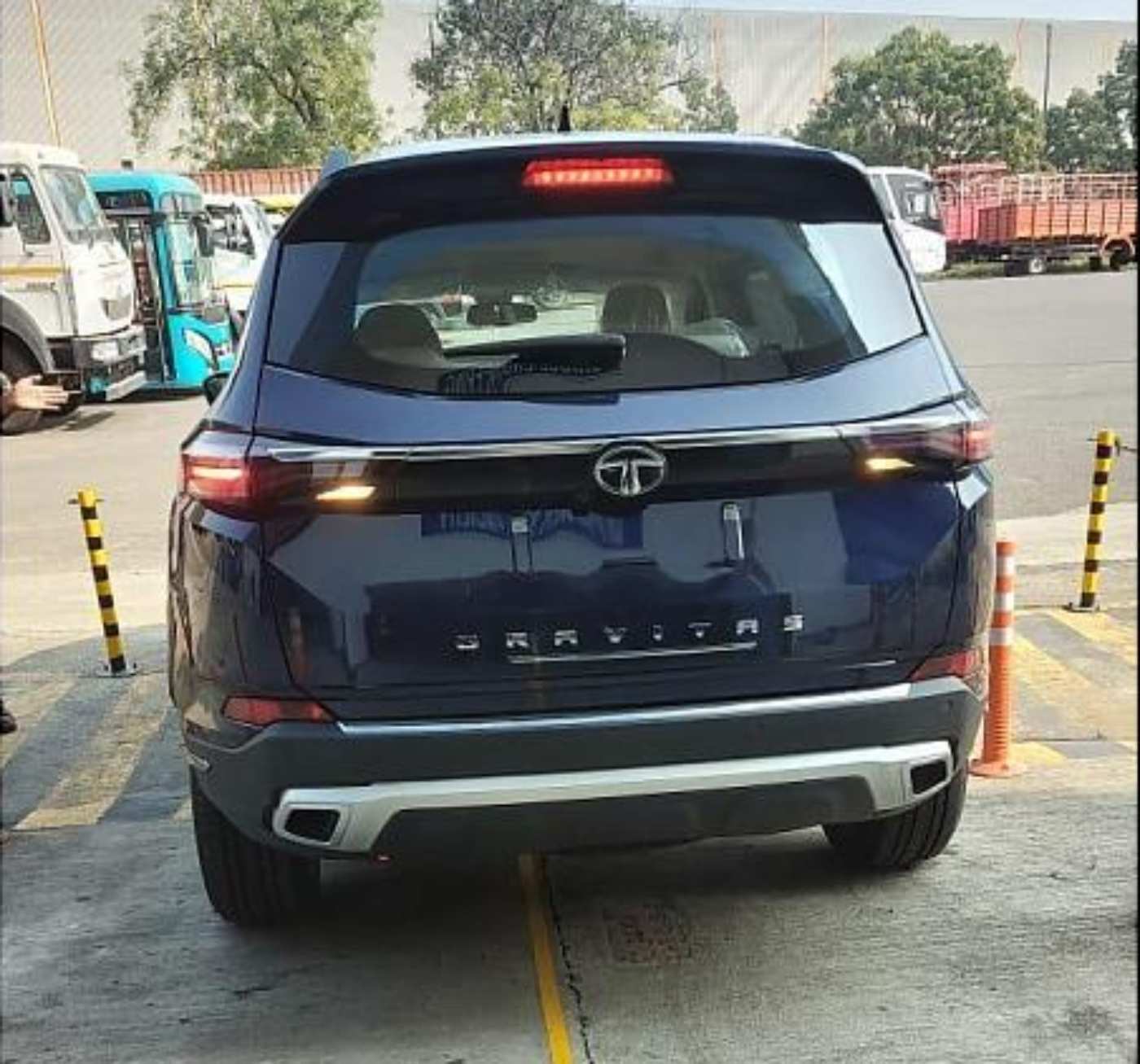 Tata made all the headlines when they first launched the Harrier in India and even more so, when they unveiled the Gravitas. Gravitas has become such a household name that if you haven’t heard about it, you are probably living in a cave. It is due for a launch since so long that the hype about it, has grown manifolds! Because of the pandemic and related reasons, its launch has been pushed further and further. The Tata Gravitas has been spied on multiple occasions though, but it has always made an appearance in a draped camouflage.

Tata seems to have undressed the Gravitas now and is rather keen to show to the world that its upcoming 7-seater SUV is indeed a looker! 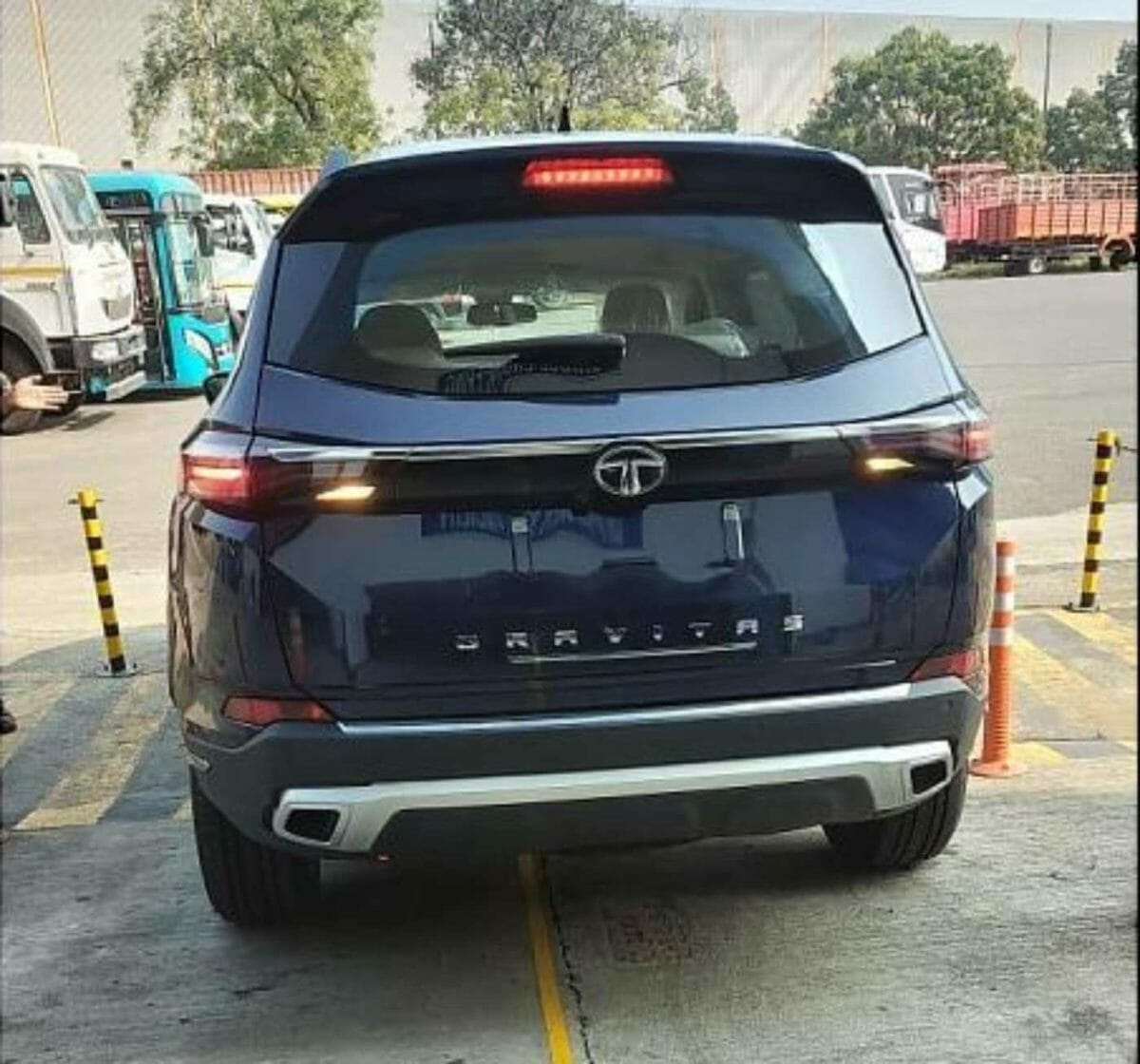 This is probably the first time that the Gravitas is spied without any camouflage and we have to admit, it is going to turn even more heads than the Harrier, given its size. Although the image reveals only the rear end of the Gravitas, it is enough to make some logical assumptions. The 7-seater Gravitas SUV gets LED taillamps, squared wheel arches, roof rails, a roof-mounted spoiler, a large tailgate with ‘Gravitas’ lettering, massive rear windscreen, a beefier rear bumper, and more. The lettering of its moniker reminds us of the MG Gloster. Although we are yet to see the front end without any camouflage, we are expecting the Gravitas to sport some minor changes over the design of the Harrier. 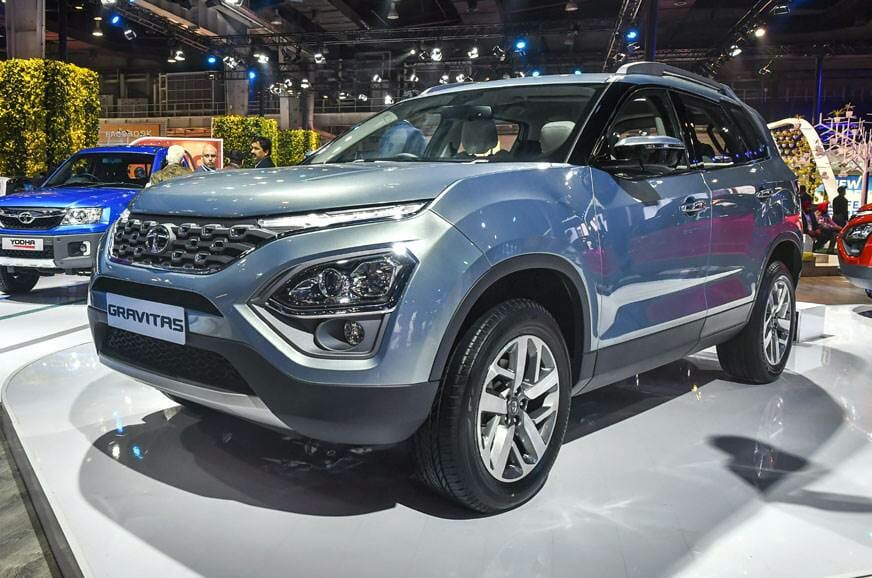 The Gravitas will be the second vehicle to be built on the OMEGA (Optimal Modular Efficient Global Advanced) architecture, which is derived from Land Rover’s legendary D8 platform. Apart from all this, the Gravitas will be equipped with a BS-VI compliant engine and a bunch of new features. It will be most-likely longer and taller than its donor model by 63 mm and 80 mm, respectively. The Gravitas has been spied testing on multiple occasions and the sightings have revealed that the upcoming SUV from Tata could feature captain or bench seats while the third row is likely to accommodate additional two passengers.

In terms of power and performance, the Gravitas is expected to be powered by a 2.0-litre Kyrotec engine that produces around 170 PS of maximum power and 350 Nm of peak torque. All this power could be transferred to the wheels via a 6-speed manual gearbox or an automatic gearbox. Also, the car could be available with an optional 4-wheel drive variant.