Home Tata Motors Tata Bolt being benchmarked against the Swift? 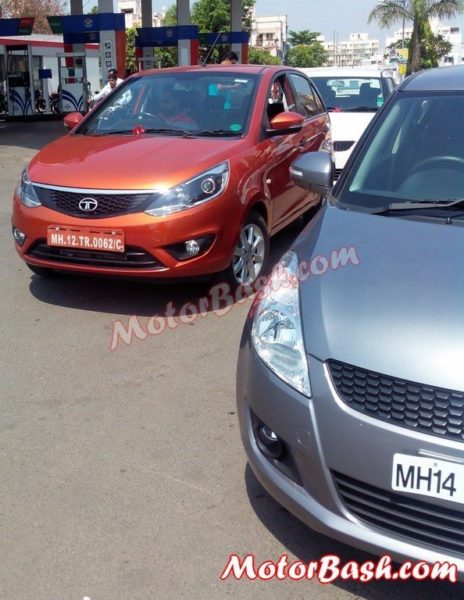 And yet again, a new set of Tata Bolt Images have surfaced on the cyber space. These latest Tata Bolt images arrive hardly some hours after we posted a couple of Bolt Spy Images that were taken in Bangalore. CLICK HERE for our earlier story on Tata Bolt spy images. These latest images you see here show an un-camouflaged Bolt test mule that has been seen testing with a Maruti Swift! And if the owners of these new images are to be believed, Tata Motors could be benchmarking the Bolt against the Swift, which is easily the best selling B segment hatchback in India ever!

Regulars here would remember that this upcoming hatchback was first showcased at an event just prior to the 2014 Auto Expo and the upcoming model made its debut with the upcoming Tata Zest compact sedan, which is speculated to have an early July launch. The Tata Bolt launch, however, is expected to happen only towards the advent of this year’s festive season.